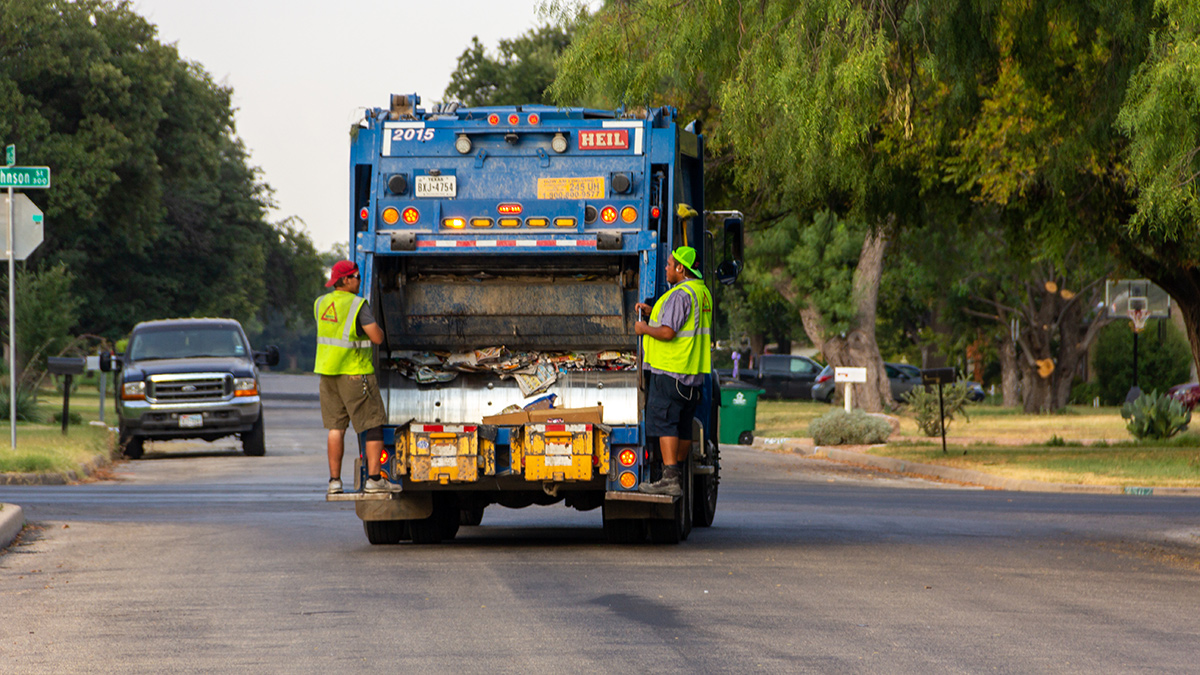 Photo by Jonathan Cutrer, Flikr. Many Norfolk city employees believe a union could help them fight for better wages and benefits.

Clifford Johnson’s body has suffered through a lot over 16 years working for Norfolk’s sanitation department.

He bangs his knees while jumping in and out of the trash truck, is exposed to hazardous chemicals and constantly bends to lift heavy materials. Now, the long-term impact is becoming clear.

“I’m breaking down,” he said. “I’m limping and got aches all over the place…just like football players.”

Trash collection is considered one of the most dangerous jobs in the U.S. Although it’s been steady work for Johnson, he earns about $44,000 annually, which isn’t enough to pay monthly bills and support his family.

He supplements his income as a part-time church custodian and DoorDash delivery driver and usually works six to seven days a week. Johnson said a higher salary from the city of Norfolk would make a huge difference.

“I can spend more time at home. I can see my wife a little more,” he said. “My body can rest.”

Johnson is one of many Norfolk employees calling for higher wages and better benefits, and they want to form a union to bolster their demands.

They hope to benefit from a new state law allowing public sector employees to collectively bargain, the process through which union workers negotiate wages, benefits and working conditions with employers.

After banning public workers from collective bargaining in 1993, the General Assembly repealed much of the measure last year.

“We don’t really have a representative,” Johnson said. “We need somebody in the room when [the city] negotiates about wages.”

Other public sector workers around Hampton Roads, including teachers in Virginia Beach and Newport News, have expressed interest in taking advantage of the new collective bargaining law.

Officials with Hampton City Schools have said the district will research the issue and meet with union leaders.

In Norfolk, hundreds of city employees have signed on to support the unionization campaign. They say the COVID-19 pandemic made the effort a priority.

Many workers complain about working conditions during the peak of the outbreak last year and say the city put them at risk of coronavirus exposure.

Velma Owens, a utilities employee, noted that she often lacked proper PPE and was not told when co-workers tested positive with COVID-19. She contracted the virus in January. Another utilities employee died from it after riding in city trucks in close proximity to other workers.

“If it wasn’t for the front-line workers, the city would not be running like [they’re] running,” Owens said. “We need to be heard. We need more respect.”

City officials have acknowledged concerns about working conditions during the pandemic. Norfolk provided some workers with hazard pay, while others received small bonuses.

Norfolk Mayor Kenny Alexander has not said whether he supports the unionization effort among city employees. He recently told WHRO he awaits more information from the city manager about how collective bargaining would work and the potential cost of raising wages.

“We all are in agreement that we want the best that we can afford for members of our team in Norfolk,” Alexander said. “But it’s the best of what the city can afford.”

He plans to recommend whether or not City Council should approve an ordinance recognizing any public sector union.