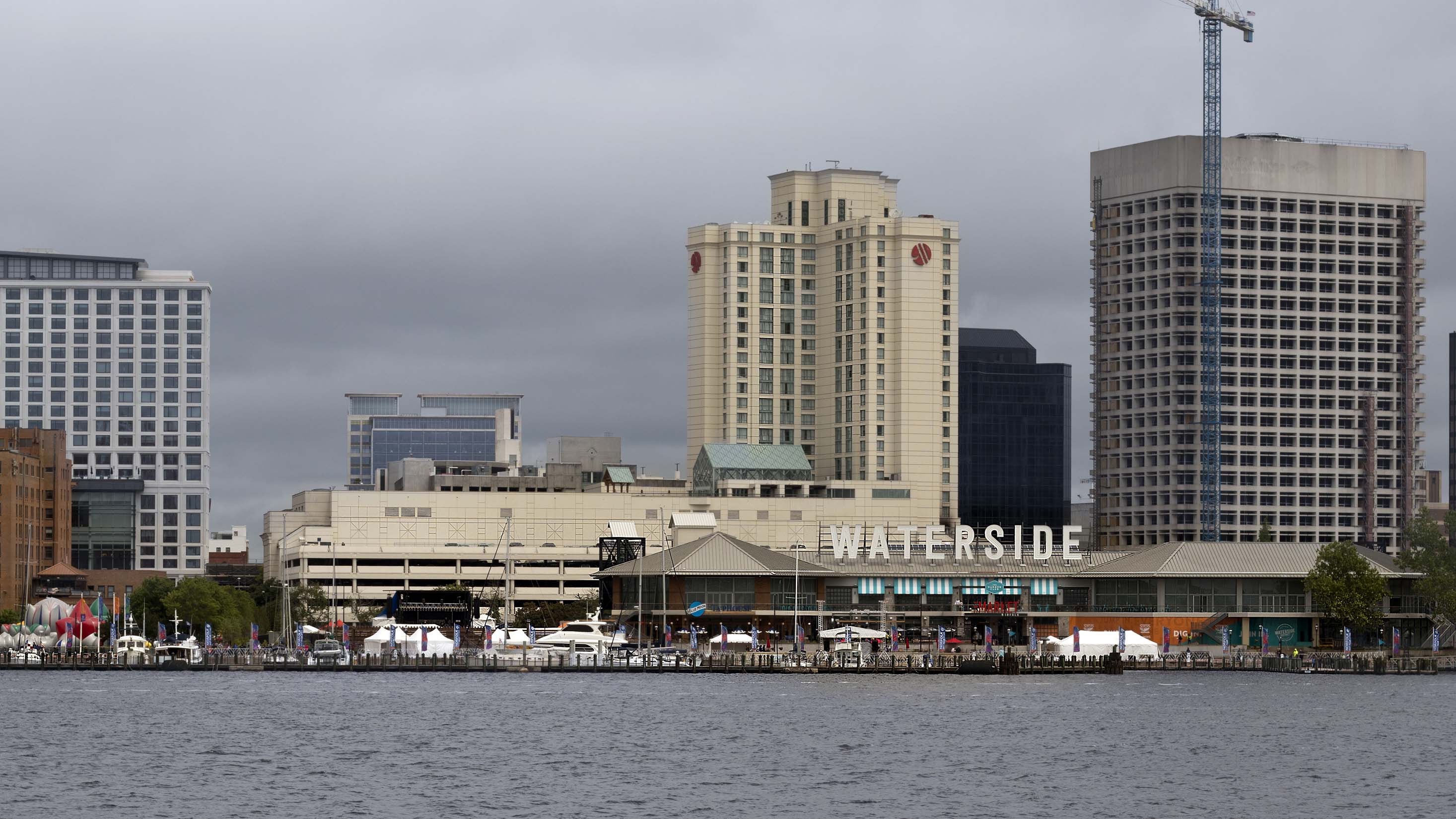 Photo by C. Watts, Flikr. Norfolk is one of several Hampton Roads cities have higher rates of poverty, unemployment and housing insecurity than Virginia on average.

That’s according to new data dashboards that highlight social inequities across the state.

Users can view data from each of the commonwealth’s 133 localities and compare it to statewide averages and across racial lines.

The tool shows access to job opportunities and basic resources in several Hampton Roads cities lags behind the rest of the state and differs among races.

For example, while Virginia’s average poverty rate is 10.6%, it’s at least 15% in Norfolk, Hampton, Newport News and Portsmouth.

In Norfolk — where the poverty rate is nearly 19% — the average annual income of white people is double that of Black residents.

There are also stark disparities in housing security.

Statewide, 12.5% of people are severely cost-burdened, meaning they pay over 50% of their income on housing. But in Portsmouth, that rate is nearly 17%, and it’s 21% in Norfolk.

“What that says about the region is we’ve yet to deal honestly with our issues of structural racism, discrimination, suppression, oppression, which create inequities,” said Eric Claville, Director of the Center for African American Public Policy at Norfolk State University.

Claville noted that the COVID-19 pandemic has exacerbated socioeconomic inequities. Children without internet access have had a harder time learning remotely. Many people who have lost jobs have struggled to pay for food, make rent and keep up with other bills.

High unemployment due to the pandemic continues to impact several Hampton Roads cities more than others.

While Virginia’s labor force unemployment rate is 5.7%, Portsmouth’s is nearly 10%, Norfolk’s is 8.4% and Hampton’s is 8%, according to the data dashboards.

“The realities of our pandemic have really brought to light some issues that folks were unaware of or were able to ignore,” said Jonathan Zur, President of the Virginia Center For Inclusive Communities. “These are things that have been reinforced year after year, decade after decade in our society.”

Officials say finding local-level data on socioeconomic and racial disparities can be difficult because they come from different sources. The hope is that the dashboards will make the data more visible and help state and local officials address long-standing structural inequities.

“These dashboards are the first of their kind in the nation,” said Janice Underwood, the Virginia’s Chief Diversity, Equity and Inclusion Officer. “This is an important first step in addressing equity across the commonwealth.”

One of the dashboards, called “Equity-in-Action,” provides data on Virginia’s response to the COVID-19 pandemic and the distribution of resources and services to different localities. The separate “Equity-at-Glance” dashboard focuses on socioeconomic disparities.

Officials say 20 state agencies provided data for the dashboards. The commonwealth developed the tool in response to the General Assembly’s declaration in February that racism is a public health crisis.