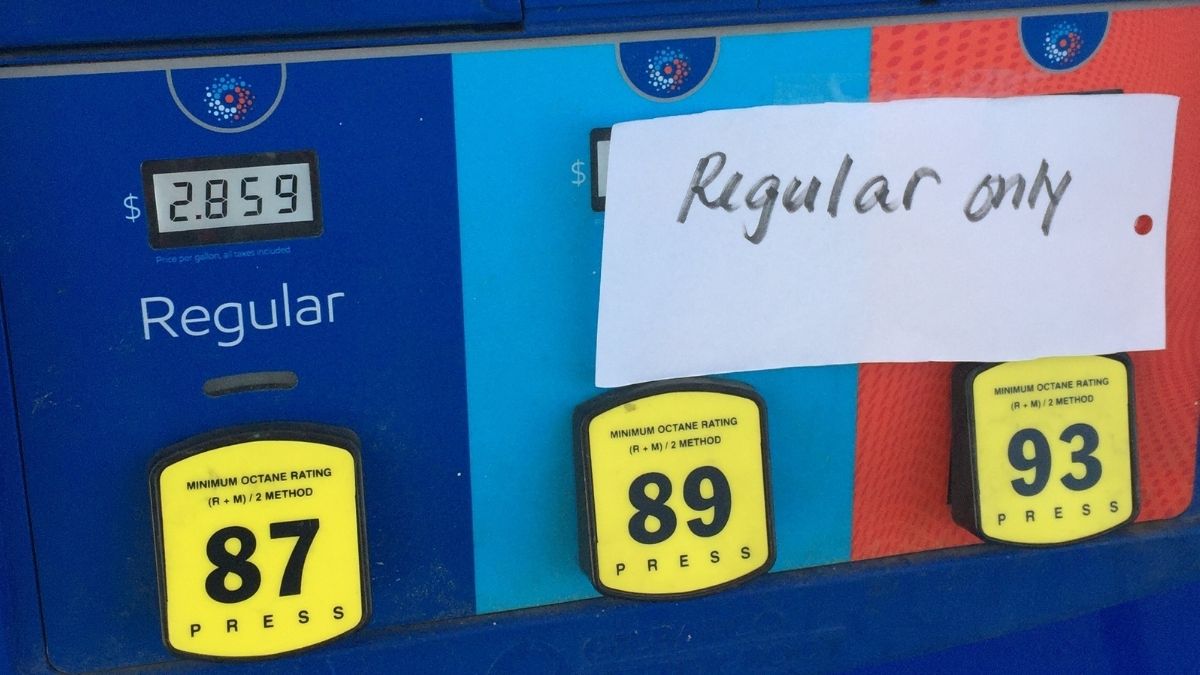 Photo by Jonah Grinkewitz. Some gas stations in Hampton Roads only had regular unleaded gas available on Thursday.

By Jonah Grinkewitz and Hannah Schuster

Jovita Richardson waited until her car was below half a tank to fill up this morning at a 7-11 in Norfolk. By that point, roughly half of stations in Virginia were out of gas.

The Colonial Pipeline, which supplies 45% of the fuel to the East Coast, is up and running after several days offline due to a cyberattack. Still, a rash of panic buying has led gas shortages in several Southeastern states.

“I think it’s a little ridiculous,” Richardson said. “But I mean, we all have to go somewhere so it’s understandable in a sense.”

Officials say it will be several days before service is fully back to normal.

Although there were a few open pumps and no lines at the Norfolk gas station, regular unleaded fuel was the only grade available to motorists.

That was also the case at Wawa on Effingham St. in Portsmouth where Barry Burns was finally able to fuel up.

He typically takes premium in his car, so he only bought half a tank to get him through until things fully return to normal.

“I have no choice,” Burns said.

On the opposite side of the pump, Courtney Thompson was nearing empty before she found gas. She drives a lot for work and had been looking since the night before.

“I think if everyone kept doing what they were doing, nothing would have changed,” she said.

As of Thursday, 55 percent of gas stations in Virginia were still out of fuel, according to GasBuddy. Virginia officials say they hope service will be fully restored by this weekend or early next week.

Colonial's systems came back online around 6 p.m. Wednesday, but it takes time for fuel to travel the 5,500-mile distance from Texas to New Jersey. The pipeline will also operate at half capacity for the first 48 hours, according to Scott Marshall, the pipeline program safety manager at the Virginia State Corporation Commission. Still, Marshall said the good news is Colonial's restart "happened safely" and "fuel is coming."

The shutdown did not cause an actual gas supply shortage, Holly Dalby, a spokesperson from AAA Tidewater, explained. More accurately, it created a distribution problem.

“There is plenty of fuel in the country,” she said Wednesday. “With the pipeline shut down, they disrupted the flow getting it from Texas to the East Coast.

Federal and state regulators took other steps, as well, to speed the delivery of fuel to gas stations up and down the coast. The Department of Transportation eased rules so tanker truck drivers can work more overtime transporting fuel.

The governors of Virginia and North Carolina also issued state of emergency declarations, which activated price gouging laws to prevent the cost of gas from skyrocketing.

Prices have increased somewhat -- the average cost for a gallon of gas hit $3 for the first time in years.

Experts say the stampede of cars all trying to fill up at once is largely responsible for the shortages, not the supply chain disruption itself. Dalby urged drivers to avoid buying gas they don’t need.

“There’s no need to panic buy,” she said. "Wait until you are down to a quarter tank before you go out and buy, and then you don’t need four or five gas tanks of fuel sitting in your garage.”