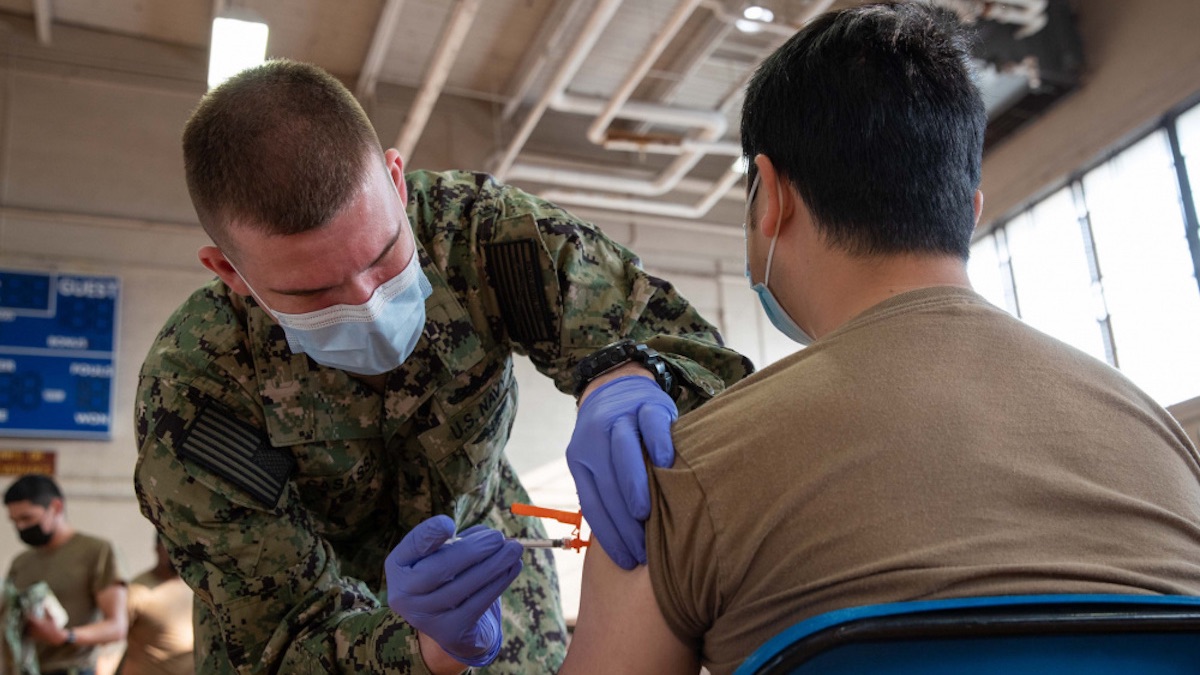 Since November, sailors on Navy bases in Hampton Roads had been under tight restrictions to fight the spread of COVID-19.

Relief came several days ago as authorities changed what's called the Health Protection Condition Level, or HPCON, from Charlie to Bravo. But authorities said that if local conditions worsened, the levels could snap back for military personnel who have not been vaccinated.

HPCON Charlie was an almost-complete lockdown.

"We have restricted sailors essentially to a home to work routine," said Rear Admiral Charles Rock, commander of Navy Region Mid-Atlantic. Military personnel could stop on their way from work to pick up essentials like food, medical supplies or gas -- but not much else.

Under the new level, HPCON Bravo, sailors can go out like the rest of us as long as they follow COVID-safe guidelines involving masking and social distancing.

Part of the reason for the change was that the Secretary of Defense changed the criteria on how to decide on the status.

"That was really based on a lot of learning that we've all been through as as a nation over over the last year," Rock said. "And under this new criteria, it allows us to relax some of the restrictions that we've put on our sailors in the Navy."

The change was also based on the improving COVID-19 statistics in the surrounding community.

A Navy press statement says case counts in the region have improved for 14 days. It also says local hospitals demonstrated the capacity to handle the number of patients without resorting to crisis care, and that testing programs are robust.

According to Rock, his command has epidemiologists keeping tabs on the community numbers where each base is located.

"They work with both local and state partners to track the metrics that we're all tracking throughout the nation and then lay on top of it what they know about Navy cases in the local communities," he said.

Rock also acknowledges the challenge of convincing military personnel to get vaccinated.

"As you know, the vaccine has not been made mandatory in the military," he said. "So we have been on a robust campaign to talk about the benefits of the vaccine to our sailors and civilian workforce writ large."

Many of them have responded positively to the message.

"There is, I think, a group of folks that have some hesitancy for, you know, their own personal reasons," he said. "And I certainly respect that and just committed to continue to educate and talk about the benefits of the vaccine and let them make their own decisions in their personal lives."

The Navy's press statement said that if local conditions worsened, the HPCON levels could increase for military personnel who have not been vaccinated.