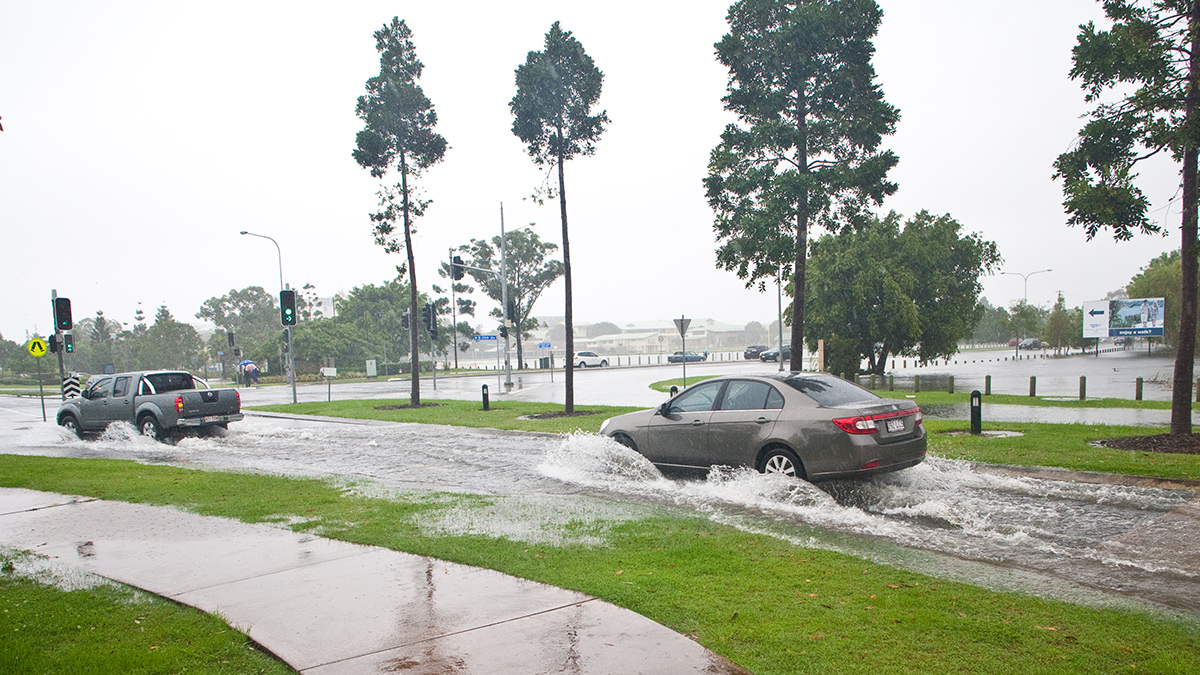 More Virginians could receive discounts soon on flood insurance as part of an expansion of a little-known federal program.

The Community Rating System, or CRS, reduces peoples’ flood insurance premiums if they live in cities that take steps to mitigate flooding. It’s part of the National Flood Insurance Program, which provides most residential flood insurance policies across the country.

Currently, the value of a rating system discount in a locality depends on a resident’s flood vulnerability and the type of flood insurance policy they have.

The highest discounts go to people who live in the most flood-prone areas and have a federally-backed mortgage that requires flood insurance. People in less vulnerable areas receive limited discounts. Residents who are not required to have flood insurance but still do are not eligible for any discount.

Starting in October, that will change. The Federal Emergency Management Agency, which oversees the rating system, says all policy holders in a locality will receive the maximum flood insurance discount regardless of their flood risk or type of policy.

“That’s a really big deal,” said Mary-Carson Stiff, who’s with the Hampton Roads environmental non-profit Wetlands Watch. “Right now in Virginia, we are earning $7 million [annually] for CRS discounts statewide...There’s an opportunity to earn much more because of all the new premiums that will be eligible for the discount.”

In Virginia, 80,000 properties benefit from the rating system, according to FEMA. The expansion of the program means that 45,000 additional policy-holders will start receiving flood insurance discounts.

In a statement, a FEMA spokesperson said the change will simplify the Community Rating System and help it reward localities that take steps to reduce flooding. The program will also be a powerful way cities and towns help residents offset increasing insurance rates.

By doling out discounts, the rating system is meant to incentivize communities to address their flood risk. The more cities and towns do to mitigate flooding and prepare for it, the bigger insurance discounts they can earn for their residents. Restricting development in flood-prone areas is a common way to advance in the program.

By 2060, experts predict Hampton Roads could experience more than 1.5 feet of higher sea levels and the cost of damages from coastal flooding events could increase by $100 million annually.

A 2017 study found that localities participating in the Community Rating System experienced 42% fewer flood insurance claims than similar localities that did not participate.

According to FEMA, 27 communities in Virginia have joined the rating system. James City County receives a 25% discount — the highest in the state — saving some residents almost $300 a year.

But WHRO Public Media reported that some cities, including Virginia Beach, don’t take full advantage of the program because it is cumbersome. That’s costing residents.

She predicted the rating system’s expansion will make it more attractive for localities. The result could be extra savings on flood insurance and more protections against flooding.

“Communities are going to want to really improve their rating,” she said. “So decisionmakers will be more inclined to approve a strict building standard or a flood reduction project that might seem extreme.”

Beginning Oct. 1, new flood insurance polices and those up for renewal can take advantage of the discounts.

The expansion of the rating system is part of the federal government’s overhaul of the National Flood Insurance Program. In October, FEMA will begin rolling out a new insurance pricing formula to make premiums align with properties’ actual risk of flooding.

The National Flood Insurance Program currently sets rates based solely on whether a property is in a flood zone. Officials say that causes many lower-value homes to overpay for flood insurance and higher-value houses to underpay.

The new pricing formula is supposed to reduce inequities in the system and provide a more accurate view of flood risk — one that accounts for sea-rise-driven tidal flooding and a property’s distance to a water body. For the first time, FEMA will also factor in home values in its calculations so that properties with the most potential damages pay the highest rates.

In Virginia, the new formula will reduce flood insurance rates for about 47,000 policy-holders. Nearly 51,000 policies will see increases of up to $120 per year. Premiums will go up even more for about 7,000 policies.

“Virginia Beach Oceanfront properties...properties on the ocean side of the Eastern Shore. They’re the highest risk properties in Virginia,” Stiff said, estimating they will see a “greater than $240 per year increase.”

A January report by the Congressional Research Service noted that rising premiums could make flood insurance unaffordable for some people. But FEMA is restricted to raising rates by no more than 18% each year.