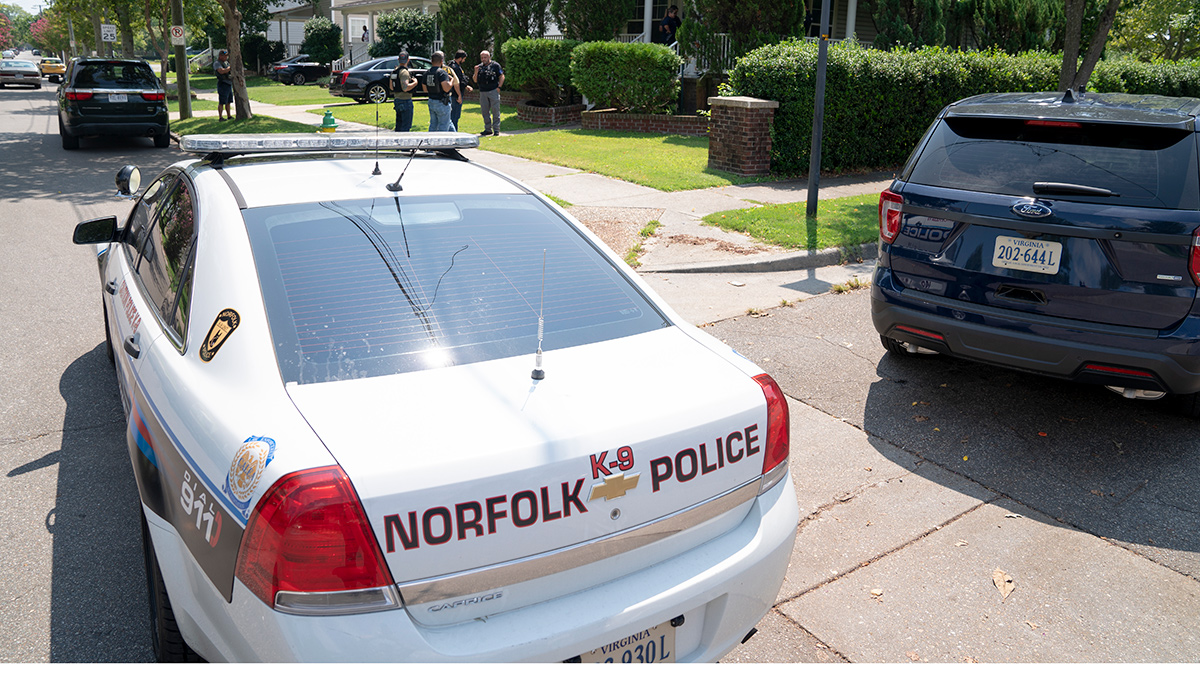 According to a report by The Guardian, Lt. William Kelly contributed $25 to a fundraiser for Kyle Rittenhouse.

The donation on September 3 was associated with Kelly's “official email address” and included a comment saying, “God Bless. Thank you for your courage. Keep your head up. You’ve done nothing wrong.”

It added, “Every rank and file police officer supports you. Don’t be discouraged by the actions of the political class and law enforcement.”

The Guardian says it accessed the information from a data breach of the Christian crowdfunding website, GiveSendGo. The data shows other police officers and public officials have donated to fundraisers for accused murderers, far-right activists and officers accused of shooting Black people.

Kelly tried to conceal his identity by using the fundraiser’s anonymity feature, but the donation was associated with his police department email address. It is unclear why he chose to use that address instead of a personal one.

WHRO Public Media has not independently verified the details about Kelly’s donation to Rittenhouse.

In a news release, Norfolk Police Chief Larry Boone said he has “directed an administrative investigation to ensure department policies and procedures were not violated.” The department has reassigned Kelly to an unnamed division pending the results of the investigation.

“As the Chief of Police, I will continue to lead the women and men of this department to be accountable to our vision and values,” Boone said. “I also empathetically recognize how recent events have heightened the fears of those we serve for themselves personally and for their love ones.”

Norfolk Mayor Kenny Alexander issued a separate statement, calling Kelly’s actions “alarming and by all means not consistent with the values of our city and the standards set for city employees.”

Rittenhouse, 18, stands accused of fatally shooting two men and wounding another during demonstrations in Kenosha, Wisconsin last August. The protests began after a Kenosha police officer shot Jacob Blake, a Black man, leaving him paralyzed from the waist down.

Prosecutors say Rittenhouse travelled with weapons from neighboring Illinois in response to a militia’s call on social media to protect Kenosha businesses from protestors. He maintains that he acted in self-defense.

Conservatives and far-right extremists have since rallied around Rittenhouse as a symbol for gun rights and pushback against what they view as anti-police protestors.