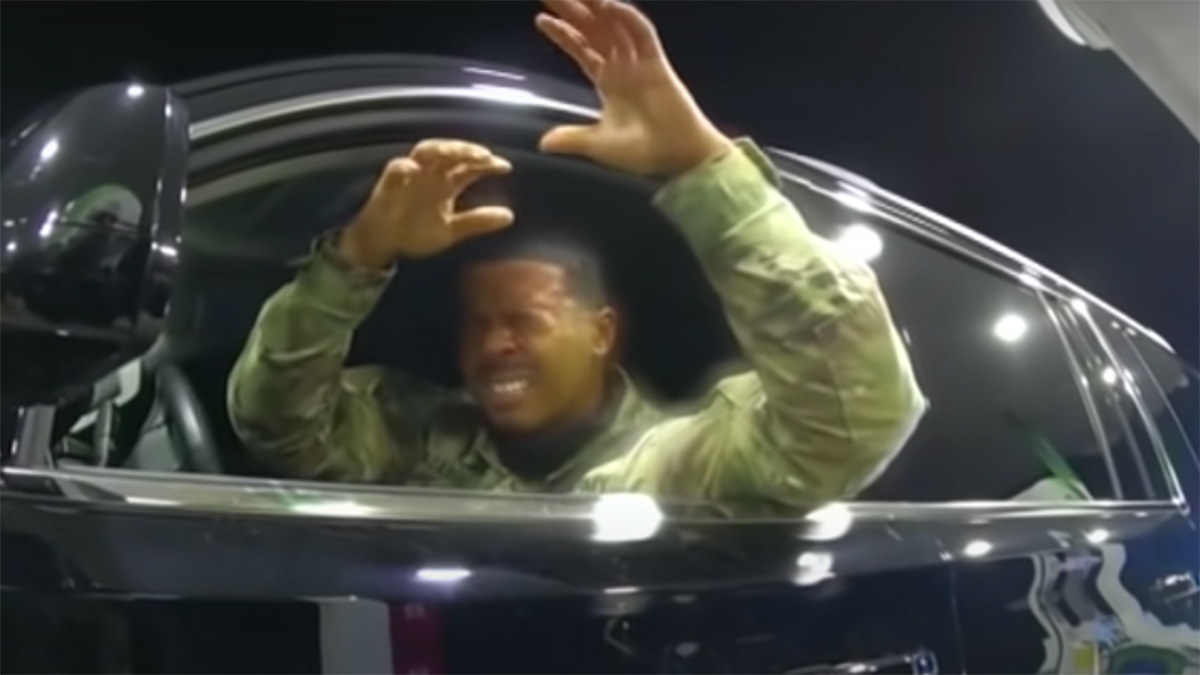 Virginia Attorney General Mark Herring has asked the Windsor Police Department to turn over personnel records and other documents related to the traffic stop at the center of a new lawsuit and viral video.

News of Herring’s request comes as Windsor officials say they are trying to “rebuild the public’s trust in the Windsor Police Department.” The department turned over documents to the State Police which is also conducting an investigation of the traffic stop.

Last week, Army Second Lt. Caron Nazario, who is Black and Latino, filed a lawsuit against two Windsor police officers, arguing they used excessive force and violated his constitutional rights during a traffic stop on Dec. 5.

Newly released body camera and cell phone footage shows the officers, with their guns drawn, alternately telling Nazario to put his hands out of the window and to exit his car.

Nazario holds his hands outside the window and repeatedly asks police why he is being stopped. When he tells officers he is “honestly afraid to get out,” the officer responds: “Yeah, you should be!” The officers pepper sprayed Nazario, struck and handcuffed him, video shows.

Documents that Herring requested from the Windsor police include: any records created after the Dec. 5 traffic stop; personnel records for the two officers who conducted the stop; and past complaints against the Windsor police.

He also requested the department’s policies related to traffic stops, use of force and deescalation.

As outrage over the video footage of the traffic stop mounted, local and state lawmakers pushed for an independent investigation. Some feel that tasking State Police is still insufficient, wanting an outside authority capable of prosecuting civil rights violations to step in.

Herring has said he does not have authority to investigate specific incidents, but that a recent law gives his office authority to conduct “pattern and practice” investigations of unconstitutional police practices.

"One of the things that I’m looking into is whether there might’ve been a pattern of misconduct ... either by these officers specifically, or more broadly within the department. Becuase if so, then we've got more work to do to make sure that this never happens there again," Herring said Monday on CNN. He described the officers’ conduct as “appalling,” “dangerous,” and “unacceptable.”

Herring and the Virginia NAACP recently announced they were collaborating to revamp the way the commonwealth investigates police shooting. One option would be to create a division within the attorney general’s office to conduct these probes.

Hering, who is up for reelection, has faced pressure from some fellow Democrats to take more forceful action around policing.

“‘Monitoring the situation’ is not enough,” Del. Don Scott (D-Portsmouth) said, in a reference to some of Herring’s earliest comments after Nazario filed his lawsuit.

“The law enforcement community will not get the message if there are not consequences for these actions,” Scott said,  adding that any investigation, whether it be the State Police or the attorney general’s office, should look into both the events of the traffic stop itself and the Windsor department’s response.

“I can’t believe, based on how they behaved, you can’t tell me that was their first time doing that,
Scott said.

WHRO has not been able to contact the officers, Joe Gutierrez and Daniel Crocker, and it is not clear if they have legal representation. The department said Sunday that Gutierrez had been fired.