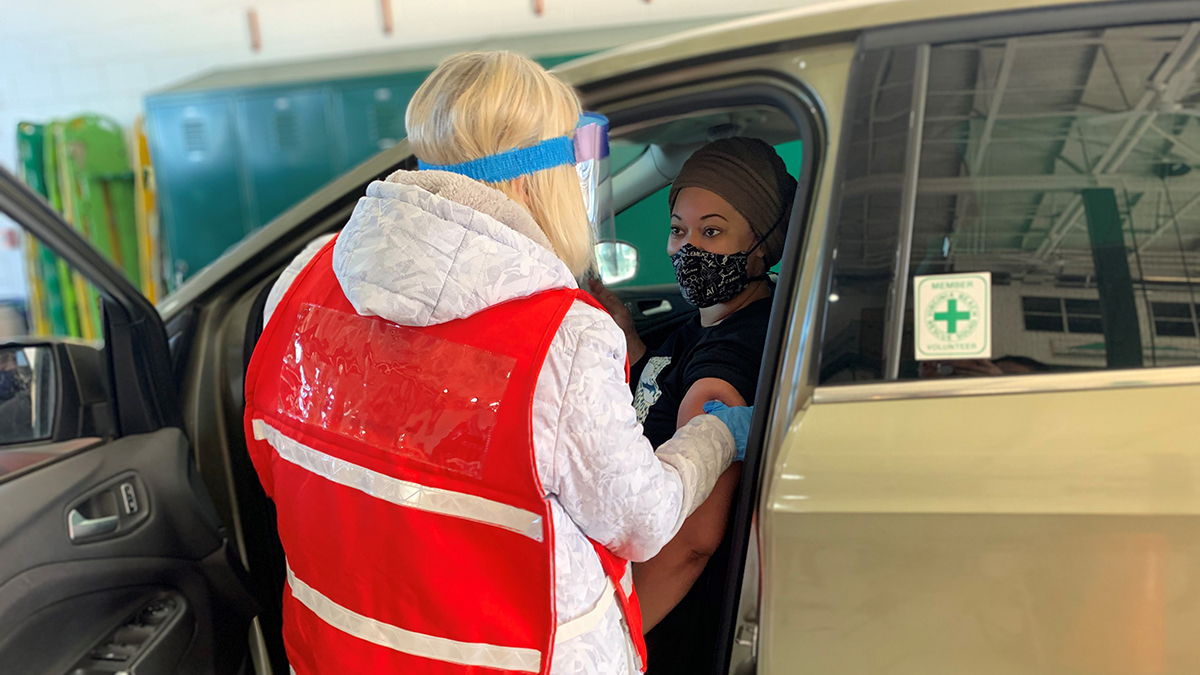 Photo by Mechelle Hankerson. COVID-19 shots will be available to all adults by April 18.

Virginia will make the COVID-19 vaccine available to everyone age 16 and older by April 18, Gov. Ralph Northam announced Thursday.

That's about two weeks ahead of the president's nationwide goal for states to expand vaccine eligiblity.

“The COVID-19 vaccine is the light at the end of the tunnel--and that light is getting brighter every day as more and more Virginians get vaccinated,” Northam said Thursday.

Nearly everyone in the state’s first two priority groups -- which include healthcare workers, older adults and people with underlying health conditions -- has been able to make an appointment, according to a statement from the governor’s office. Those still on the pre-registration list will get to sign up in the next two weeks.

One-fifth of Virginia’s adult population is fully vaccinated, and one third has had at least one dose of the vaccine.

Shorlty after Northam's announcement, the city of Chesapaeke announced it would open vaccine appointments to all adults starting tomorrow, becoming the first local health district to begin this stage of its vaccine rollout.

Other local health districts have recenlty expanded vaccine eligibility to those in group “1c,” which includes essential workers in industries such as transportation, construction, food service and higher education.

Virginia Beach health officials announced Thursday that the city has entered Phase 1c, the final priority group before the general public. There are only about 6,000 people pre-reigstered in this group, so the city expects to "quickly transition" to vaccinating the general public, according to Bob Engle, the emergency coordinator for the Virginia Beach Department of Public Health. The city has adminsitered more than 170,000 total vaccine doses.

Virginia is administering shots as quickly as the federal government provides them, the governor's statement said. Northam's office said that because Virginia is a "large and diverse state" with many essential workers, out-of-state commuters and a high percentage of residents that want to take the vaccine, "it has taken some time to open eligibility to the general public."

A FEMA-run mass vaccination site opened in Norfolk this week with the ability to administer 3,000 shots a day.

Vaccine registration can be found here.