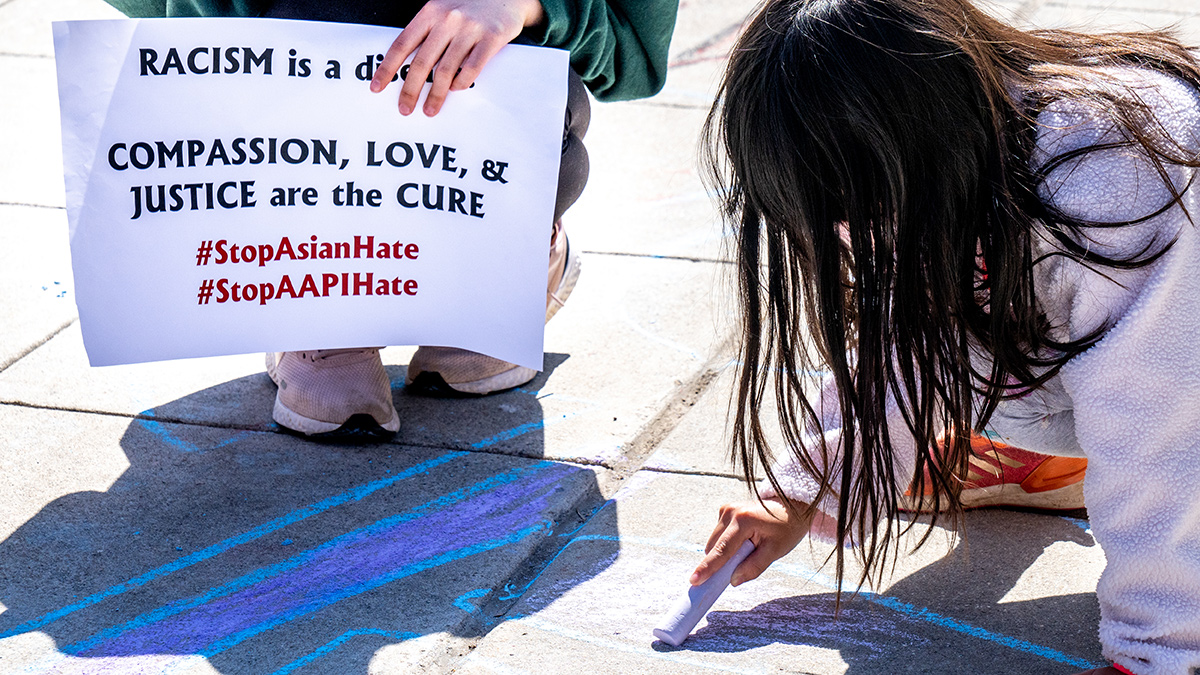 There have been at least 49 hate incidents against Asian Americans and Pacific Islanders in Virginia over the last year, according to a new report by the nonprofit Stop AAPI Hate. Nationwide, the group received nearly 3,800 reports of anti-Asian hate from the beginning of the pandemic last March through Feb. 21.

The report’s release on March 16 came shortly before a gunman killed eight people, including six Asian women, at spas in the Atlanta area. In Virginia, the massacre has brought renewed focus on racism against Pacific Islanders and other people of Asian descent.

“I spent [Wednesday] in the sadness and just trying to process what had happened,” said William & Mary law student Xijia Yuan.

Yuan is the vice president of the school's Asian Pacific American Law Student Association. In an interview, she recalled early on in the pandemic when she started wearing a mask and visited a local Target.

“I was scolded by a random guy that was just passing by, reacting to my mask-wearing or the fact that I’m Asian, wearing a mask,” she said.

Yuan said the language some have used around the coronavirus -- most prominently former President Donald Trump who frequently called it the “China virus” -- was “really hurtful and very explicit xenophobia and racist language.”

But targeting and scapegoating Asians and Asian Americans didn’t start with COVID-19, and Yuan wants people to be more conscious of the implicit biases and stereotypes they hold.

“It’s centuries of white supremacist ideologies that perpetuate harm abroad [and] here in the United States,” she said.

Yuan noted that people frequently struggle to pronounce her name even though she puts the phonetic spelling in her email signature. Recently, she introduced herself to a new neighbor. But then, “she looked at me, and she said, ‘you’re obviously not from here? Where are you from?’”

Nick Gu, a Harvard student who grew up in Yorktown, echoed a similar sentiment when he appeared Friday at a virtual roundtable on anti-Asian hate with Virginia gubernatorial candidate Terry McAuliffe.

Gu said during the pandemic he's been called a “bat eater” and accused of spreading the virus. But he said “the origin of why a lot of Asian American hate exists is this narrative of the outsider … it’s the pervasive idea that Asian Americans are always just another group. They’re the alien group.”

“I'm an 18 year old male. Like I'm kind of athletic, I can either run, or I can easily fight back,” he said. “They’re like Nick, you stay safe. I’m like mom, I’m big. I can stay much more safe … And it kind of makes me upset that she’s so concerned about me and not about herself.”

Qiu Jin, the director of the Institute of Asian Studies at Old Dominion University, said she hopes that after the tragedy in Georgia, more people will become aware of ongoing discrimination against Asian Americans.

“They don’t have much voice in mainstream media,” she said, adding that obstacles like language have sometimes prevented Asian Americans from reporting instances of violence.

Jin says she was shocked and angry to hear the news from Georgia, but ultimately not surprised.

“I have been in the United States for 30 years, and I have never feared for my life before,” she said, “For the first time when I go out, I need to look around me.”

The massacre in Georgia drew widespread condemnation from Virginia elected leaders, including Asian American and Pacific Islander members of the General Assembly.

“We mourn for the victims of the mass shooting in Georgia but note that it is not a coincidence that all three of the businesses targeted were owned by Asian Americans and that six of the victims are Asian American women,” they wrote in a statement.

The lawmakers also said law enforcement must fully investigate the crime and “not allow the perpetrator to frame the murders in his favor,” a reference to the police captain who reported that the shooter claimed his actions were not racially motivated, but rather linked to a “sexual addiction” -- remarks that drew widespread condemnation.

“This is racism and hate targeted at one of our most vulnerable communities,” Virginia Beach Del. Kelly Convirs-Fowler said in the statement. “And the empathy exhibited for the murderer is problematic and contributes to the same hateful rhetoric as crowds chanting ‘kung flu!’”

Gov. Ralph Northam also condemned the violence and said it was part of “a disturbing rise in inflammatory and xenopholic rhetoric, harassment and violence against Asian American communities.”

“We all have a responsibility to condemn these racist attacks and make clear this is not who we are as Virginians, or as Americans,” he said.