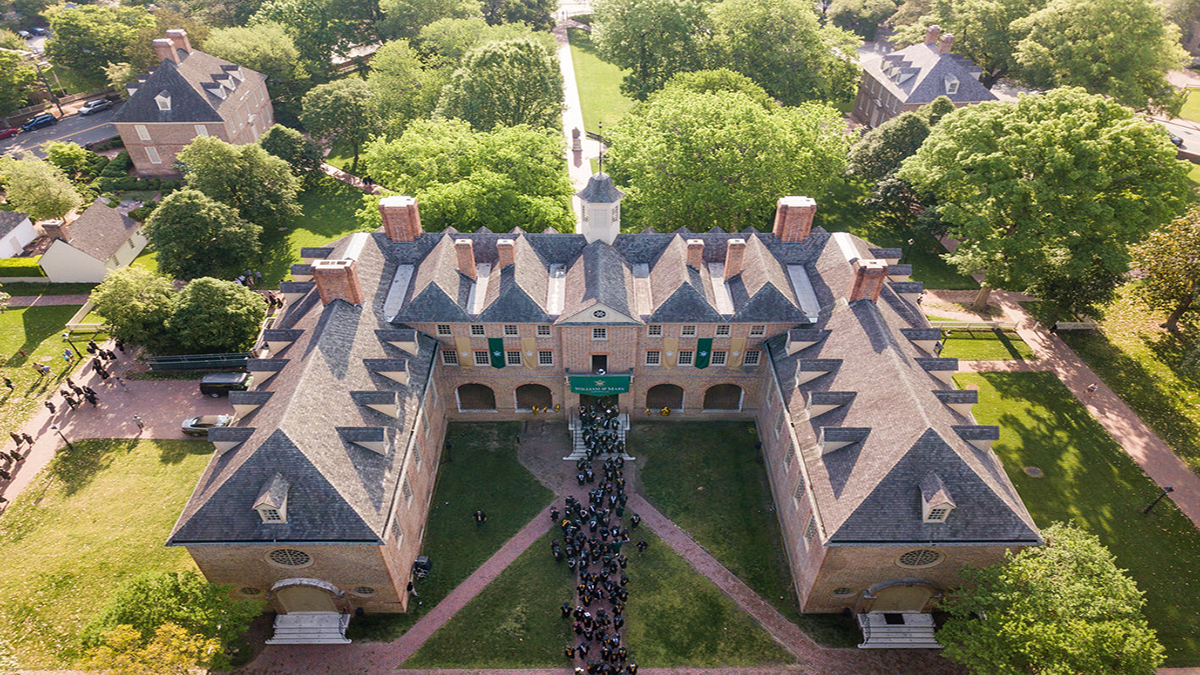 Photo by Robert Boag, for William & Mary. William & Mary is one of five Virginia colleges that may be required to make reparations for the enslaved people used to build or operate the school in the past.

Five universities that can trace their roots to before the Civil War may be required to make reparations to the communities affected by slavery, if Governor Northam signs a bill into law.

HB 1980, introduced by Delegate David Reid (D-Loudoun County), would require The University of Virginia, Virginia Commonwealth University, The College of William and Mary, Virginia Military Institute, and Longwood University to identify the enslaved people that worked at the institutions, memorialize them, and establish a tangible benefit to their descendants.

Universities also exploited slavery in the sciences, using the bodies of the enslaved for medical research. The centrality and prominence of slavery on campus also influenced the students of the time period, and consequently the future leaders in many fields and decision-makers of the United States.

Bates is also a member of a group called the Descendants of Enslaved Communities at UVA. As a public historian studying for her doctorate at Princeton University, she lent her skills to the group, advising them on how to research descendants of the enslaved at the University of Virginia. She said it can take between 40 and 60 hours to establish that a person is descendant from an enslaved person, if their existence is well documented.

“Recovering the history of these people though is very difficult because the university didn't have like a centralized framework for owning people,” she said. The University of Virginia typically paid people who enslaved Black workers to have them work on campus. Lewis Commodore is the only person the University has identified as being directly purchased by the school as an institution. Commodore worked ringing the bell of the rotunda, keeping time for students and the city of Charlottesville generally.

A spokesperson for Longwood University said it plans to look at slavery as part of its existing Bicentennial Initiative.

“The current focus of our work is on the twentieth century, particularly the civil rights history of Prince Edward County, and the focus on the use of enslaved labor is another phase,” Matthew McWilliams wrote in an email. “Findings will be disseminated as they are reached.”

Longwood has some issues in researching the use of enslaved labor on its campus in part because it was founded as a different institution. Virginia Commonwealth University also has a predecessor institution from the time of slavery, Medical College of Hampden-Sydney. Virginia Military Institute is the other institution that would be included in the bill in question. All five universities are members of Universities Studying Slavery, a consortium formed to facilitate support between 78 institutions as they research their role in slavery.

The bill has passed through both chambers of the General Assembly and would establish the Enslaved Ancestors College Access Scholarship and Memorial Program. In addition to identifying as many enslaved laborers as possible, each institution would have to sponsor a scholarship to one of their descendants for each class year, or establish "an economic development program for specific communities with a demonstrated historic connection to slavery." They would not be able to use tuition or state funds for these programs.

“Their foundational success benefited from the enslaved individuals who built and operated the universities so therefore the universities should be the ones that are going to absorb the costs of the scholarships or this economic development outreach,” Reid said.

“If we can help one family of the ancestor of an enslaved individual at each one of these universities each year, then be able to have a better life and a better opportunity and a better future for themselves, then they will provide a better opportunity for their children and their grandchildren,” he said. “Then it becomes a multi-generational solution to address a multi-generational problem.”

“They have to be ready to allocate resources to this work,” she said. “These are decades-long projects that recover history that has been systematically overlooked and ignored for centuries.”