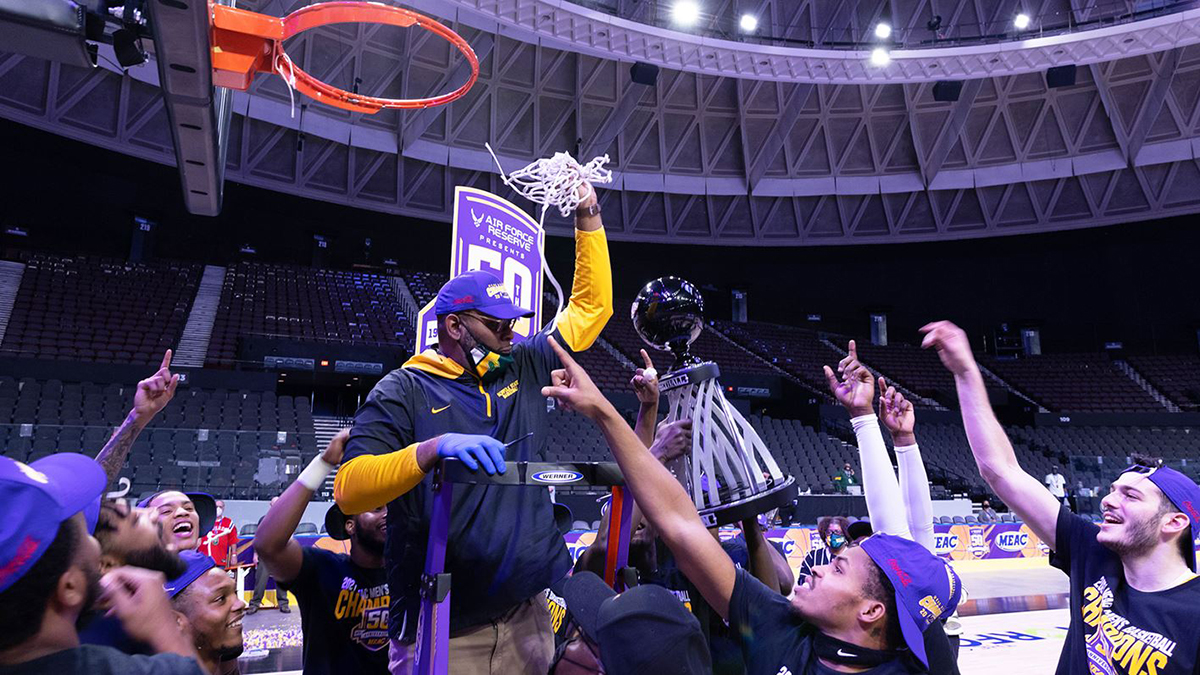 From NSU Athletics Facebook. Norfolk State's men's basketball team is headed to the NCAA tournament for the first time since 2012.

Norfolk State Heads To NCAA Tournament For First Time Since 2012

Norfolk State is heading to the NCAA men's basketball tournament for the first time in nearly a decade, an achievement the school’s athletic director says “means even more” because of the challenges that come with playing during a pandemic.

“Those boys have fought through a lot of adversity, made a lot of changes through the year of how they had to play basketball,” Athletic Director Melody Webb said.

In keeping with coronavirus restrictions in Virginia, the Spartans had limited spectators during their games this season, only allowing a total of 250 -- typically family and friends of players.

The team has now entered the NCAA “bubble” in Indianapolis where everyone had to quarantine in hotel rooms and get tested before their first practice Sunday, according to Rowell.

Last year’s March Madness was one of the first major event cancellations of the pandemic, an indication that life in the United States was about to change dramatically.

It’s only NSU’s second tournament appearance since moving to Division I team in the late 1990s. Back in 2012, the Spartans won an upset against the No. 2 seed Missouri.

The Spartans won the Mid-Eastern Athletic Conference against Morgan State on Saturday, earning a ticket to Indianapolis.

“We’ve been in the championship game a couple times,” Webb said., “They’ve been there where we lost it … I think [winning] is that much more special because they’ve been on the other side of that, and now they’ve overcome and we’ve made it on the other side.”

Joe Bryant, a Norfolk native, said advancing to the tournament was “a dream come true,” according to The Virginian-Pilot.

“You always dream as a kid to make it to the Big Dance and play against all the high-major teams. I’m just happy that me and the guys can witness it ourselves and just try to make a run,” he told the newspaper.

On Thursday, the team will play Appalachian State and the winner of that game will go up against the No. 1 seed Gonzaga.