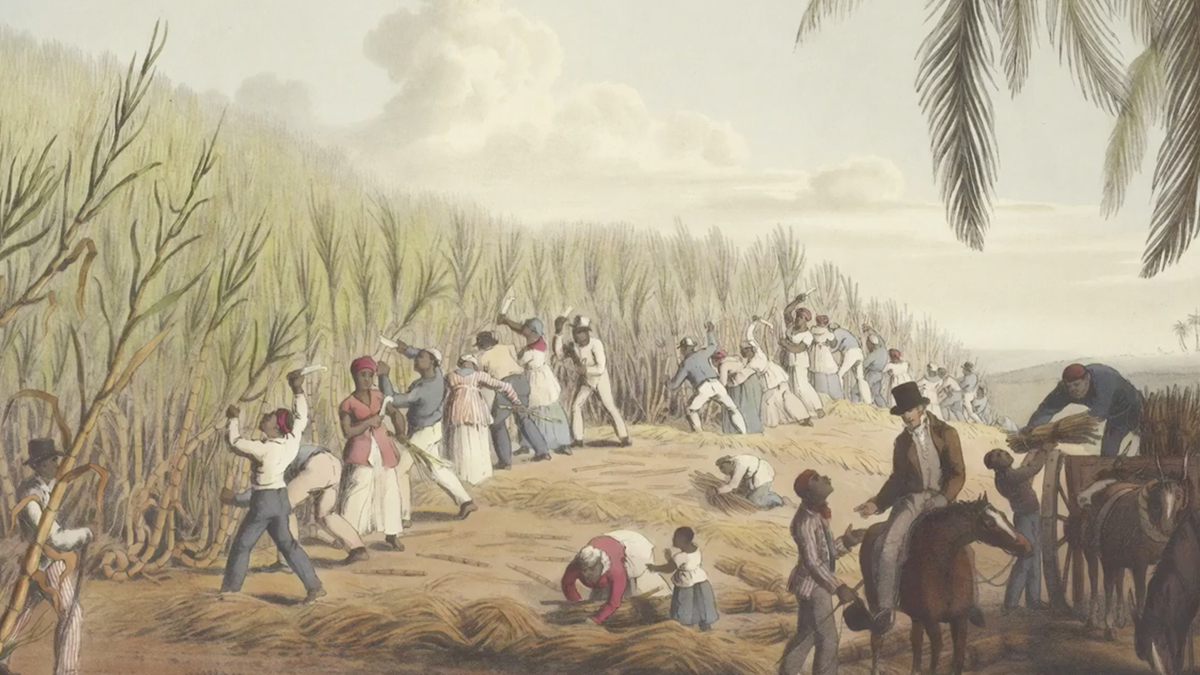 Photo courtesy of Ayana Askew and Reagan Nsubuga. “People try to emphasize what happened in the past, but they don’t really focus on how it currently affects us," Askew said.

"We Use Our Art To Advocate": Governor’s School Students Win Award For Documentary on Reparations

Ayana Askew and Reagan Nsubuga both believe in the power of art to impact and raise awareness on important issues.

That’s why they made a documentary about reparations to descendants of slaves.

It’s called, “Who Wants to be a Trillionaire? Try Slavery,” and it won an honorable mention award in C-SPAN’s 2021 national StudentCam Competition.

Ayana and Reagan, both 16 years old, are students in the Theatre and Film Department at the Governor’s School for the Arts in Norfolk.

“Seeing everybody’s reaction and the impact that it has on them has just been, honestly, life-changing,” Askew said.

This is the second time Askew, who also attends classes at Booker T. Washington High School in Norfolk, placed in the StudentCam competition.

Askew and another Governor’s School student took home the same prize last year for their documentary on aging public school buildings and how it affects learning.

This year, she teamed up with Reagan, a sophomore at Ocean Lakes High School in Virginia Beach.

Governor’s School students split their time between their arts-focused studies at the Norfolk campus and attend other classes at their home school.

Reagan was the editor for her and Ayana’s project.

“I always try to parallel the visuals with what is being said so that you can see it and take it in,” Reagan said.

Ayana conducted the interviews and provided the voice-over.

She talked with authors, economists and activists about how the exploitation of Black labor continues, even though salvery ended.

“We had another re-imposition of slavery with Jim Crow,” Ayana said. “People try to emphasize what happened in the past, but they don’t really focus on how it currently affects us.”

Ayana and Reagan both agree that reparations could come in many forms.

“Just by putting more money into schools in impoverished areas, stopping gentrification … it doesn’t just have to be a check,” Reagan says.

After widespread protests last year against racial injustice, Congress took up the discussion over slavery reparations in February.

Ayana said she eventually wants to be a criminal justice lawyer representing people who are wrongfully incarcerated.

“Using my voice, whether it be through acting, theater or documentary, I feel like that’s my wheelhouse to at least change the world in some way,” she says.

“This experience is just really reflective of my upbringing,” she says. “We use our art to advocate to others with compelling storytelling.”