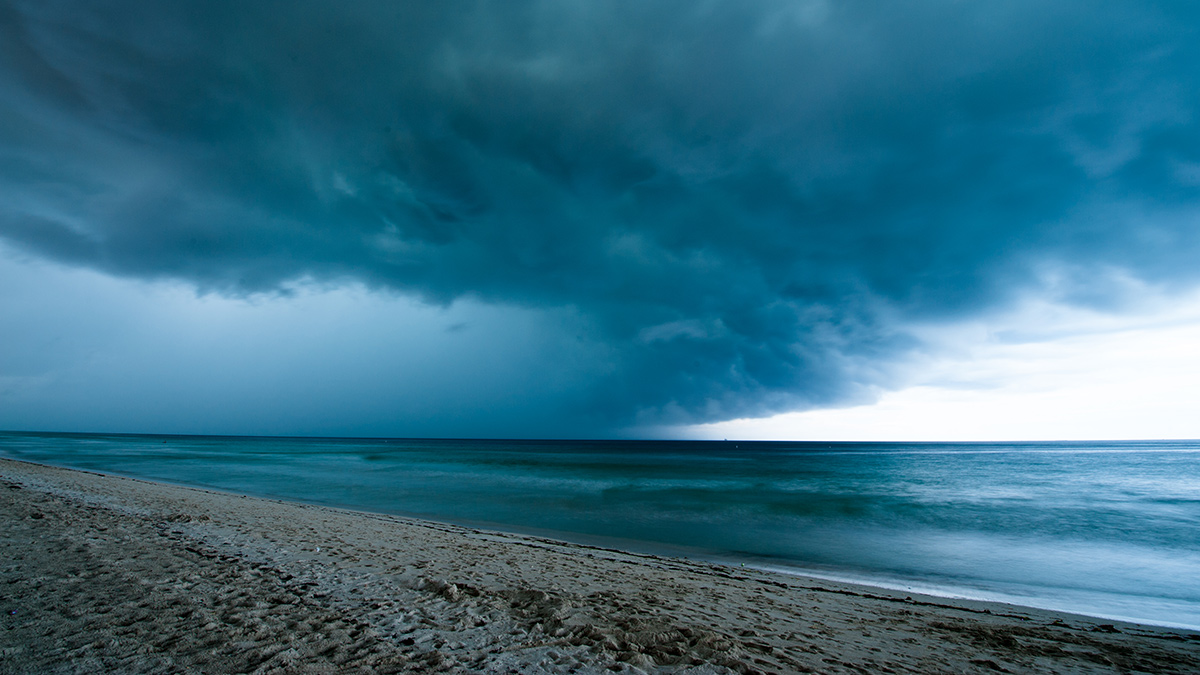 Old Dominion University has a new director of its Institute for Coastal Adaptation and Resilience.

Jessica Whitehead will lead the school’s research into ways to deal with sea level rise and worsening flooding caused by climate change. She will partner with Hampton Roads cities, using them as a testbed for new resilience policies.

Whitehead's hiring comes as officials around southeast Virginia search for ways to mitigate flooding. The region is expected to experience at least 1.5 feet of sea level rise by 2050.

She joined WHRV’s Sam Turken to discuss her new position with ODU.

Listen to their conversation, and find a full transcript below. This interview was edited for length and clarity:

Sam Turken: Jessica, thanks for coming on.

Jessica Whitehead: Thank you, Sam. It's so good to meet you.

ST: You were previously in charge of resilience in North Carolina, a state also dealing with sea level rise and climate change. What made the position at ODU so attractive?

JW: Well, I mean, in North Carolina, we were dealing with everything. So not just sea level rise, but inland landslides and inland impacts of hurricanes. And it was a really, really big job and it was a great job. But I think what ODU offered as an opportunity was a chance to come in and have not just the government hat that I had and the ways that I was working through government, but taking that application and bringing it to the university to really have a chance to work with faculty, to work with students, but also to still work with local governments and the private sector.

ST: ODU's Institute for Coastal Adaptation and Resilience, or ICAR, launched in 2019. Its mission is to help find solutions to flooding around Hampton Roads. How do you plan to do that?

JW: Oh, the first thing I'm doing is a lot of listening. The biggest thing that I want to make sure that ICAR is doing is finding where ICAR best fits and where can we have the most impact. So that involves not just replicating what's already been done, it's finding those gaps and finding the ways to build the partnerships to fill them.

JW: Oh, it's I'll be honest, it's going to be a bit of an adjustment for me. The biggest population center that we have on the coast in North Carolina is Wilmington. And that New Hanover County, Brunswick County region is rapidly urbanizing. In terms of looking at the Hampton Roads region, there's a lot of places that are very built out. Norfolk is almost completely built out. It's when you start looking into places like Virginia Beach or Suffolk or Chesapeake and those areas that are southern toward the North Carolina border, that you see that same rapid urbanization pressure that's happening. But there are a lot of similarities. And when you step back and you think about the social and the economic dimensions of resilience, we have an affordable housing crisis everywhere. And that plays into resilience because where can people affordably live and also be at less risk? A lot of times the affordable housing is unfortunately located in floodplains. You know thinking about inequality and the ways that our our society is unfortunately set up and how do we really bring justice, equity, and diversity and inclusion into resilience work? That's a challenge that I think everyone in the resilience field is facing, not just Virginia.

ST: In the past, you've said that local and state governments across the country are beyond asking whether resilience is important. Based on what you know so far, how do you think southeast Virginia is handling adaptation? What are local governments doing right? What can they do better?

JW: The city of Norfolk has the Ohio Creek Watershed Project.

ST: You're referring to Norfolk's big flood mitigation project along the Elizabeth River.

JW: Right. Right. There's a lot of opportunity there to look at these projects that are being done as pilots and understand what they look like in the rest of the region. One big lesson that I've learned in North Carolina, we have had several smaller disasters, but two major disasters since twenty sixteen -- Hurricane Matthew and Hurricane Florence. And the lessons that we learned and the things that we know now that we wish we had done in 2014 and 2015 before Hurricane Matthew hit are things that I can bring to Virginia so that Virginia can be more proactive for when that next disaster happens. It's been a long time since Virginia has had a major disaster like that.

ST: That was Jessica Whitehead. She's the new executive director of ODU's Institute for Coastal Adaptation and Resilience. Thanks for joining us.

JW: Thank you, Sam. It was such a pleasure to talk to you.