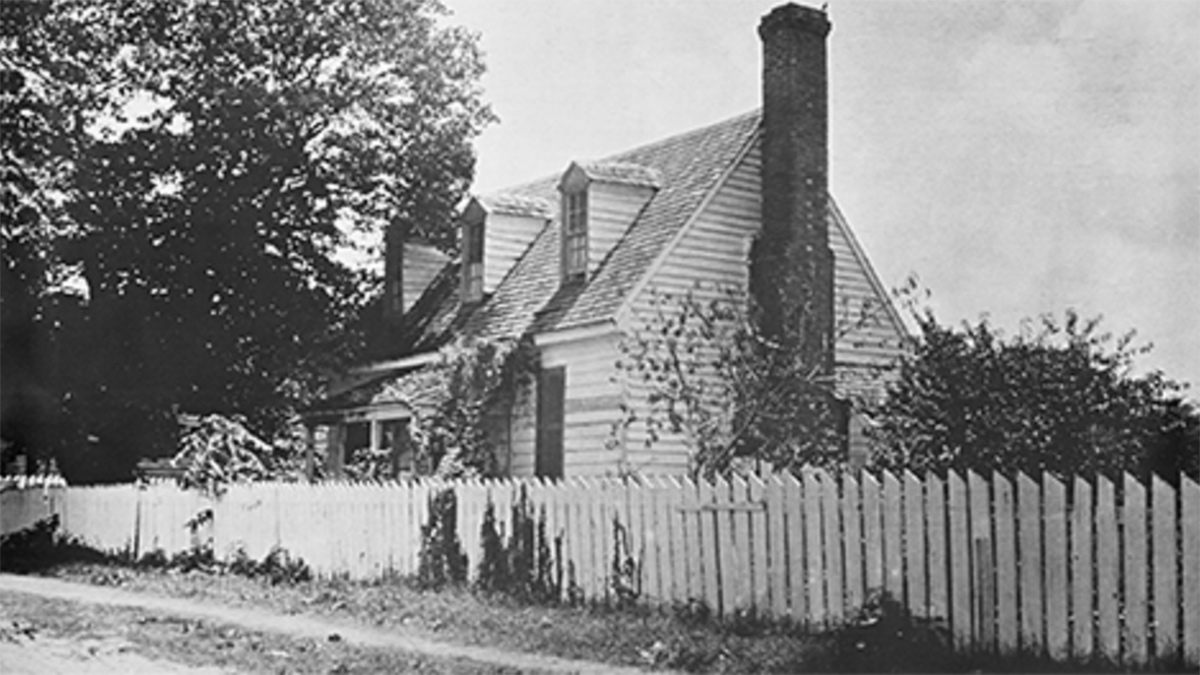 Courtesy of John D. Rockefeller Jr. Library/Colonial Williamsburg. William & Mary officials say the building is likely the oldest structure still in existence in the U.S. that was dedicated to the education of Black children.

The College of William & Mary has confirmed the historic identity of a small white building tucked away on campus.

After more than a decade of research — including archaeological digs and analysis of the building’s wood framing — academics have determined it was the original Williamsburg Bray School. The institution specialized in teaching Christianity to more than 400 enslaved and free Black children from 1760 to 1774.

William & Mary officials say the building, now known as the Bray-Digges House, is likely the oldest structure still in existence in the U.S. that was dedicated to the education of Black children.

Now, the college and the Colonial Williamsburg Foundation will work together to preserve the legacy of the building.

The school and foundation will relocate Bray-Digges House to Colonial Williamsburg’s Historic Area and convert it to a center for research and discussion “regarding the complicated history of race, religion and education in Williamsburg and in America.”

“So much of our history as a nation has gone unrecorded — the history of African Americans, their oppression, and resistance,” said William & Mary President Katherine Rowe in a news release. “By studying the legacy of the Bray School students, we will uncover and illuminate some of the most important impacts of education in the story of America.”

The partnership to preserve the building comes as William & Mary revisits its racist past. Founded in 1693, the college is the second-oldest university in the country — behind Harvard. William & Mary owned slaves and relied on slave labor to build its campus.

As part of what it calls the Lemon Project, the school plans to build a memorial to those slaves and officials are considering renaming buildings whose namesakes have a racist legacy.

Now, they will also highlight the forgotten story of the Bray School.

“When we talk about the history of slavery and the history of the African American experience at William & Mary, we include the Bray School,” said Jody Allen, a history professor at the college and director of the Lemon Project.

Benjamin Franklin suggested the establishment of the Bray School during a visit to Williamsburg in 1756. The school’s mission was to convert African Americans to Christianity and convince them that slavery was divinely ordained.

Educating Black students at the time was considered dangerous because white owners worried they would learn to write and forge passes that allowed them to travel easily or escape. By the 19th century, Virginia basically banned slaves from learning.

“There are lots of stories about enslaved people using passes forged by themselves or by another,” Allen said.

Researchers have spent more than a decade looking into the background of the Bray-Digges building. Since serving as the Bray School, the structure has been relocated, remodeled with exterior additions and repeatedly repainted, obscuring its historic identity.

The rediscovery process began in the 2000s when Terry Myers, a William & Mary English professor, learned of a building in Williamsburg that in 1930 was moved a block on to campus.

After some research, he discovered connections between the building and the Bray School. That prompted archaeological digs and analysis of letters and memoirs that confirmed his hunch.

“The building’s pretty fragile at this point,” Hurst said. “There’s a good possibility that the plaster and lath are actually helping to hold it together.”