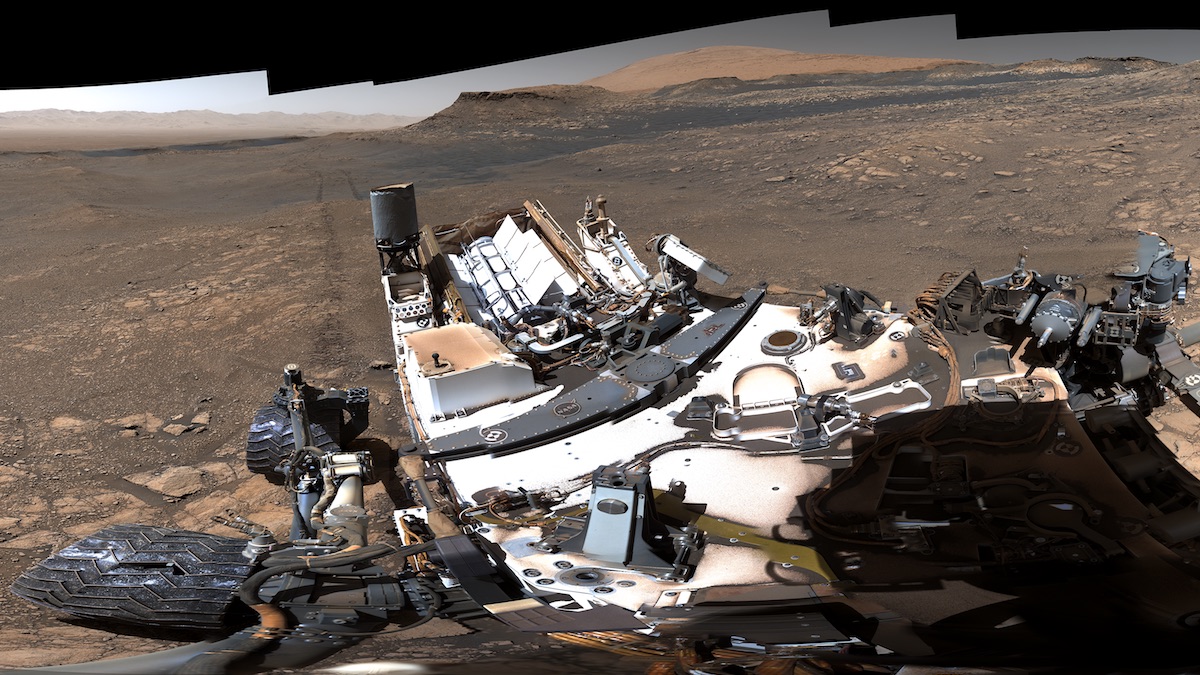 Photo by NASA's Jet Propulsion Laboratory. View of the Martian surface from the NASA rover Curiosity, which landed in 2012 and found evidence of ancient lakes. Now scientists have sent the rover Perseverance to a Martian lake bed hoping to find fossilized microbes.

Did Life Exist On Mars? A Hampton University Graduate Plays A Crucial Role In Finding The Answer

Moogega Cooper is protecting a planet.

Thursday afternoon (by the clocks in Hampton Roads, here on Earth), a NASA probe is touching down on the surface of Mars. It contains a car-sized rover called Perseverance that will explore an ancient lake bed at the Jezero crater.

Earlier missions discovered that water and organic compounds have existed on the planet.

“What we hope is that there are signs of life, ancient life that still exists, little microbial fossils, so that we can detect whether or not life ever existed on that planet.”

If the Perseverance finds the remnants of these microbes, it would confirm the existence of extraterrestrial life. Then, according to Cooper, a whole new set of questions would open up.

However, the entire experiment depends on having a clean test. Cooper's job as the Planetary Protection Lead - with her team - is to ensure the probe itself isn't carrying microorganisms from earth that would contaminate the experiment and ruin the data.

This is where Cooper's expertise comes in handy.

She did her advanced studies on killing "extremophile microorganisms." How hardy life can be is a question that has yet to be definitively answered, Cooper said. Every few months we find some other hostile environment teeming with life.

"We're always discovering extremophiles," she said. "They are found in the ocean depths where there's no sun for energy. There are some that eat metal, that eat radioactive dirt. I mean, name the environment, and you can find a microbe that can survive there."

Cooper got her start in science at Hampton University. Her first job, when she was 16 years old was analyzing data from scientific experiments at the university. She got her BA from Hampton in physics and worked at NASA Langley Research Center.

Now, she's excited about what her team might discover on Mars with the Perseverance. And she's excited for the next step -- sending astronauts to the Red Planet.

“Imagine when we send a pair of eyes, of human eyes onto the surface of Mars," she said. "It’s going to be an incredible thing to have a human presence there one day.”