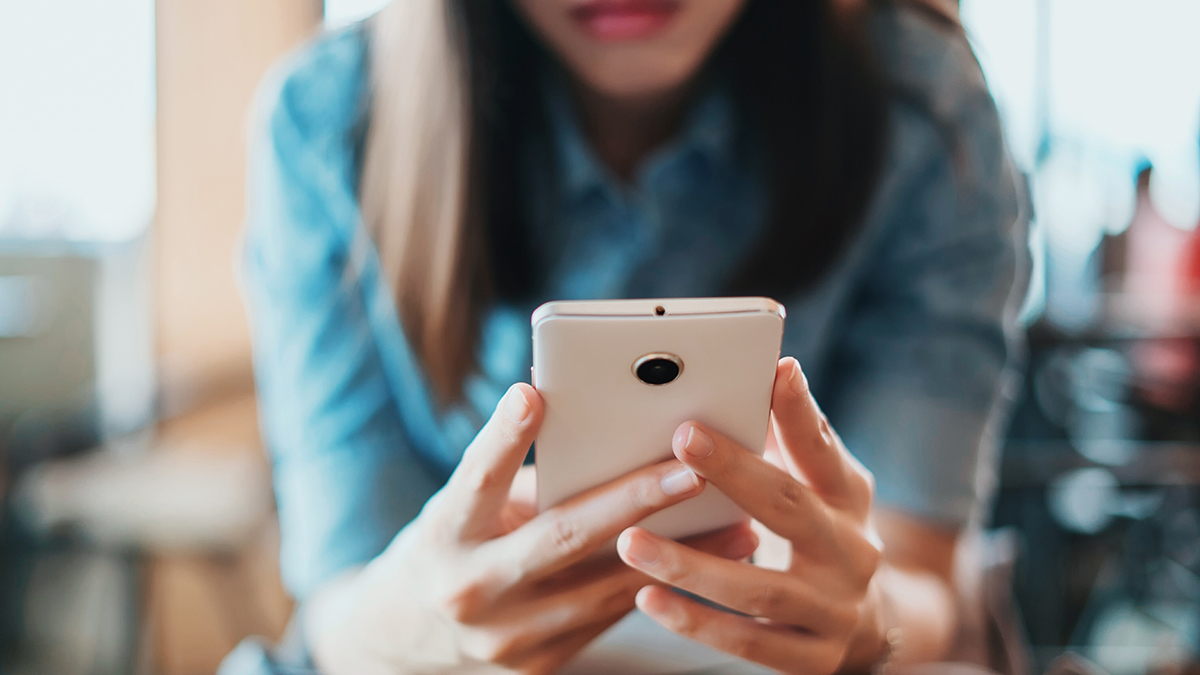 Someone who receives an unsolicited nude picture or video in Virginia could soon have a legal recourse to punish their harasser.

A bill from Del. Kelly Convirs-Fowler (D-Virginia Beach) would make it a Class 1 misdemeanor if someone sends a nude image of themselves to another person with “intent to coerce, harass, or intimidate.” It would be punishable by up to a year in jail and a $2,500 fine. With the proliferation of social media and online dating, the bill is meant to tackle the phenomenon of so-called cyber flashing.

While conversations around sex and nudity are often difficult to have, Convirs-Fowler said cyber flashing is a serious form of harassment.

“Right now, someone could send [an image] to you, but if I was walking down the street and someone were to flash me, unsolicited as well, that would be considered illegal,” she said.

Survey data from the Pew Research Center shows 21% of U.S. adults have reported experiencing sexual harassment online. Of that 21%, nearly two-thirds of victims were women.

But sending unsolicited nude images of yourself is still legal in Virginia, making it hard for victims to fight back.

Christine Morales, a realtor in Hampton Roads, was the victim of cyber flashing early last year. The perpetrator was a local contractor she had been referred to more than a year prior. She had only spoken to him once.

Morales said the man texted her an image of his genitals out of the blue while she was working in her home office.

“You feel kind of vulnerable in the moment,” she said. “You kind of wonder to yourself ‘Is there more coming? Is there more to this? Why is this being sent to me?’”

Morales said it didn’t end there. Months later, he sent a new video of his genitals through Facebook messenger. He sent the same video again a month or so later.

To Morales, the goal of the harassment didn’t feel sexual, but more about power.

“I feel like this isn’t, at its core, a sexual crime,” she said. “It’s about aggression. It’s about attention, them wanting to get some kind of feedback from the person they sent it to, some kind of shock value.”

Morales said she felt lucky that she was the one holding her phone at the time and not her child or mother. But she also wanted accountability.

She shared her experience in a Facebook group for local realtors. Others responded with similar stories about how the contractor had sent unsolicited nude images to them.

Morales filed a report with her local police department and reached out to prosecutors, but was told that this wasn’t a criminal act under Virginia law.

“Everywhere I turned it seemed like there wasn’t really anything we could do about it,” she said.

Morales’ Facebook post and the conversation it generated is what first alerted Convirs-Fowler, a realtor herself, to the issue. Morales said she hopes Convirs-Fowler’s bill passes and that victims of people sending unsolicited sexual images will have a legal way to defend themselves.

“I think it’s not uncommon because most people doing it have this feeling of ‘It’s not a big deal and nothing is going to happen to me if I do it, there won’t be any repercussions,’ but now there will be,” Morales said.

Even if the bill passes, enforcing a law against cyber flashing may still prove difficult.

The sheer volume of online sexual harassment could make it difficult for law enforcement to keep up. And in Texas, cyber flashing was recently outlawed with the backing of dating app company Bumble, First Amendment rights lawyers have also raised concerns about the constitutionality of the law.

The bill from Convirs-Fowler was approved by the House of Delegates unanimously on Tuesday and will now move to the Senate.