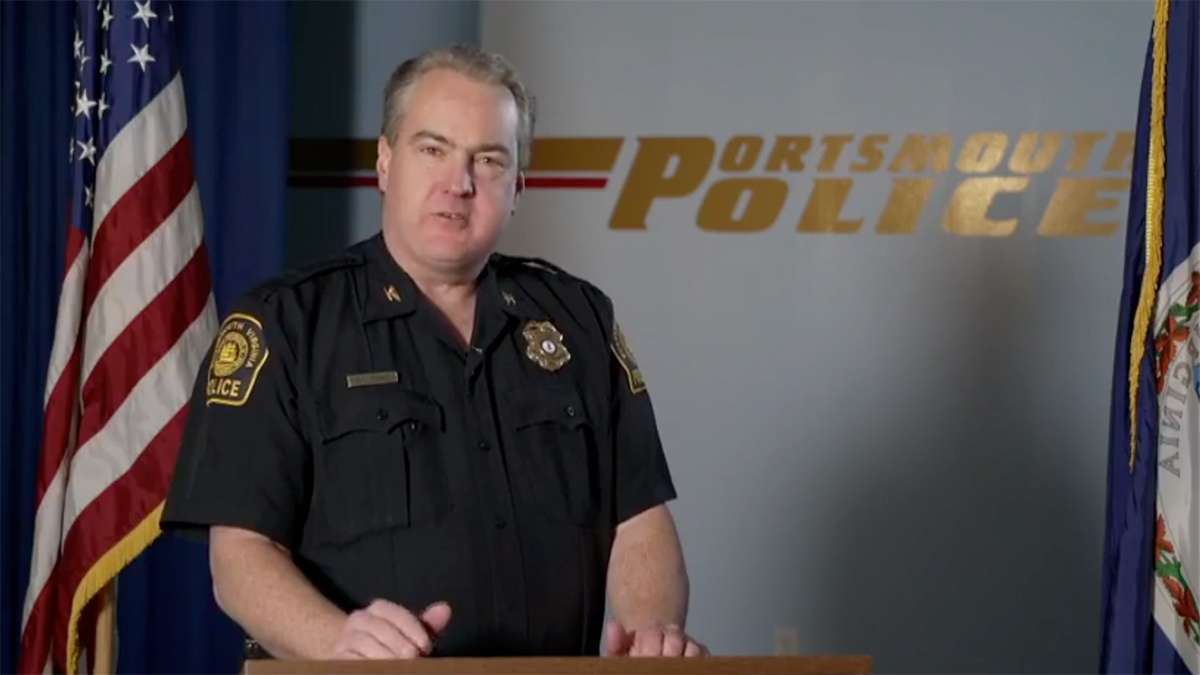 During a “state of the department” address Friday, Portsmouth’s interim police chief failed to address criticism of law enforcement’s handling of a June 2020 protest that led to the ousting of a former police chief.

“It’s also unfortunate that firearms were involved” in 30 of those deaths, he said.

To address the homicide spike, police have divided the city into three districts with a patrol captain overseeing each to help prevent gun violence.

Burke also commented on a new community advisory committee that will review police policies and programs to identify “gaps in service delivery” and improve law enforcement’s partnership with the community. He noted that Portsmouth officers aren’t allowed to use chokeholds.

Still, the chief didn’t take any questions or respond to accusations in recent months of entrenched racism within the department.

In September, the Virginian-Pilot reported that Portsmouth police have continuously fought reforms and endangered Black officers. “White officers have worked to oust chiefs, stifle the careers of minority and female officers and seek retribution” against anyone who threatened their system of racial intimidation, according to nine current and former police officers — including one former chief — who spoke with the Pilot.

The criticism of the department has mounted since protesters damaged a Confederate monument in June. In response, Portsmouth police charged several preeminent Black officials with inciting the vandalism, including State Sen. Louise Lucas.

The charges were ultimately dismissed, but not before they sparked outrage across the state and led to the firing of then-chief Angela Greene. Critics have since said the police department’s response to the vandalism was another example of racism.

When asked why Burke didn’t comment on the recent pushback during his address Friday, a spokeswoman said it wasn’t the right time.

“But I will say that we’re trying our best to address 2020 and look forward to 2021,” she said. “We’re just trying to come together as a whole department.”