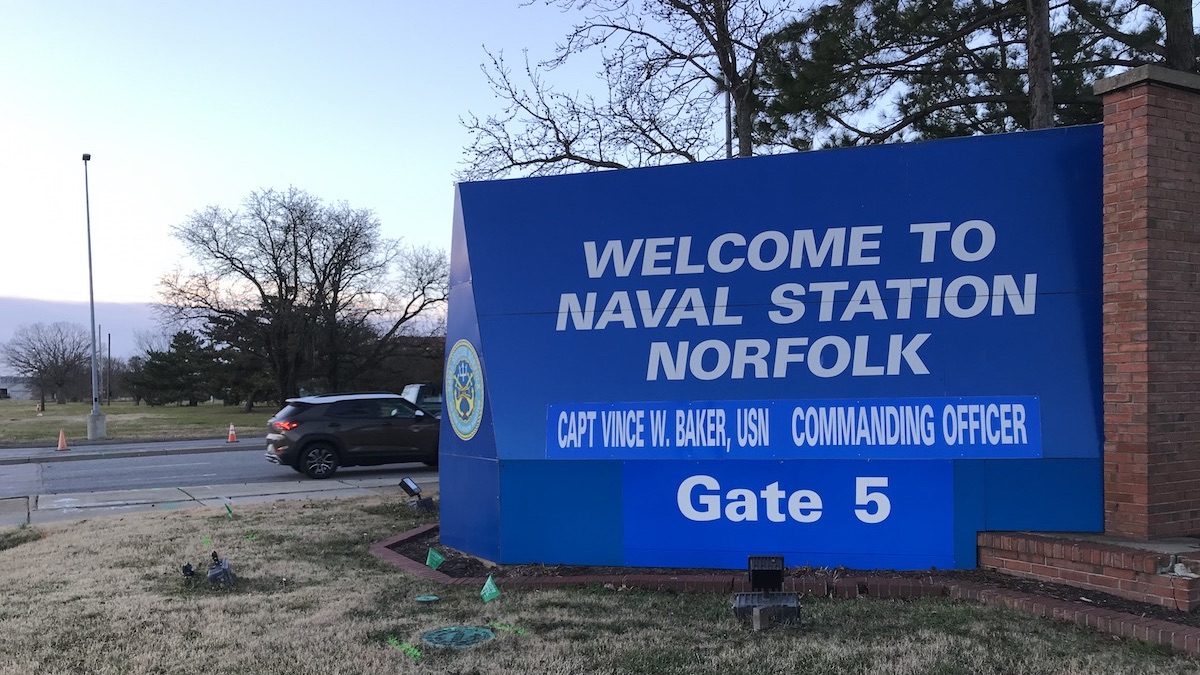 Photo by Paul Bibeau. A jury at Naval Station Norfolk recommended Navy SEAL Tony DeDolph get 10 years in prison for his role in the 2017 death of a Green Beret.

A U.S. Navy SEAL has been sentenced to 10 years in prison for his role in the hazing death of a U.S. Army Green Beret while the men served together in Africa.

The Navy says Tony DeDolph received the sentence Saturday from a jury of fellow servicemembers at Naval Station Norfolk. He pleaded guilty to involuntary manslaughter earlier this month.

DeDolph will also forfeit his pay and receive a dishonorable discharge.

DeDolph placed Army Staff Sgt. Logan Melgar into a chokehold to try to make him temporarily lose consciousness during what the SEAL said was a prank.

Melgar died of strangulation. DeDolph is one of four service members to be charged in the Melgar's 2017 death in Mali.

Last week, one witness described how the men were bar-hopping before the prank. Some of Melgar's friends, including DeDolph, wanted to get back at him for breaking off of the group to go to a party.

Alan Pugh, the witness, said he the men told him the prank was a joke.

"I've never been around people who choke each other out for fun," Pugh said.

Outside Melgar's door, the group, - including DeDolph-  divided up roles. Someone would break through the door, others would tape Melgar's arms and legs and DeDolph would choke him out with a maneuver DeDolph identified last week as a rear naked chokehold.

Someone asked Pugh to help pin Melgar down. Pugh said he refused, and he was handed a phone to record the incident instead.

He walked back to his own home, only a few hundred yards away, and went to sleep.

Soon, two of the men from the group, "Kevin" and "Mario," he said, were waking him up. (Authorities sentenced Marine Private Kevin Maxwell to prison for four years for his role in Melgar's death. Gunnery Sergeant Mario Madera-Rodriguez has been charged with crimes including conspiracy, felony murder and involuntary manslaughter in the crime, but his trial is scheduled for February 1. Another Navy SEAL was sentenced in 2019.)

"Logan's dead," one of them told him. They revealed the coverup plan to him, to tell authorities that DeDolph had had an impromptu wrestling match with Melgar, and an accident had killed him.

DeDolph's trial lasted a week. His lawyer told WHRO he plans to appeal the decision.