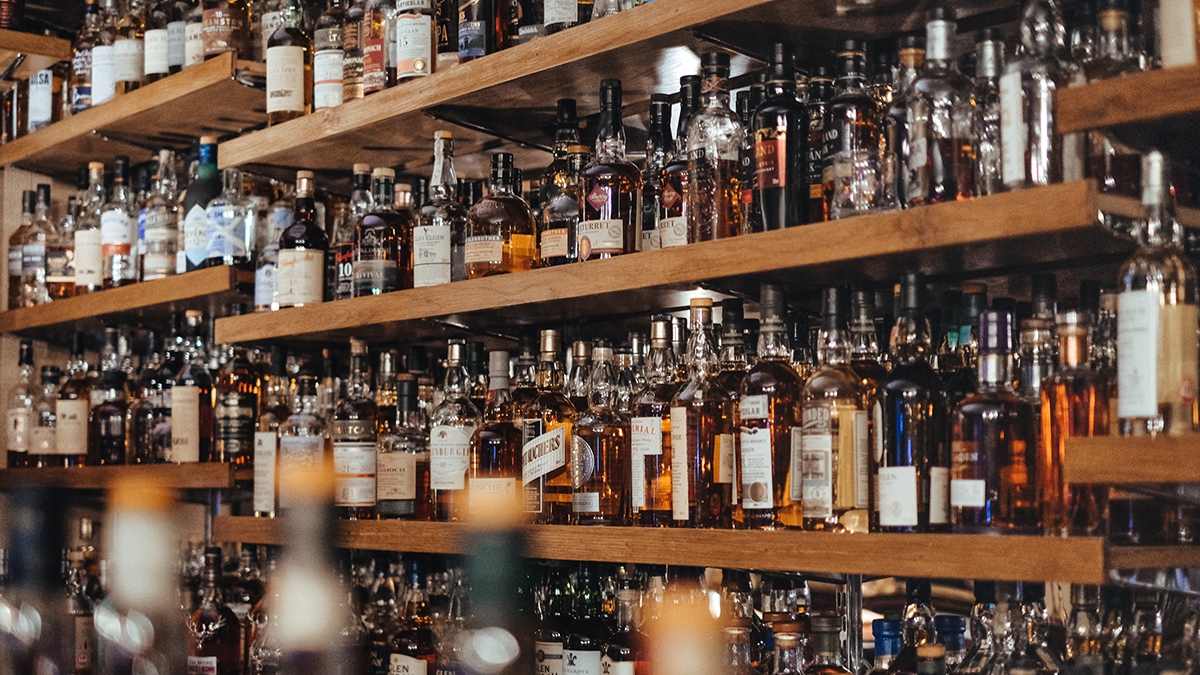 Photo by Adam Wilson via Unsplash. Virginia's restaurants have been serving alcohol to-go to make up for limitations placed on the businesses because of COVID-19.

During the pandemic, Virginia has allowed bars and restaurants to sell alcohol to-go or through delivery.

Some state lawmakers are now looking to extend that rule through the rest of the year, hoping it can help some small businesses stay afloat as the pandemic reaches new peaks.

A bill from Delegate Schuyler VanValkenburg (D-Henrico) would halt planned changes to alcohol licensing fees and allow businesses to sell beer and wine off-site through the end of 2021. If the bill is rejected by the General Assembly, some restaurants would have to get a separate permit to continue selling alcohol to-go.

VanValkenburg, whose bill was unanimously approved by the House General Laws Committee last week, said more than 7,000 businesses could be impacted.

“We want to make sure that businesses who are trying to survive during COVID are around after COVID,” he said.

VanValkenburg said more than 7,000 businesses could be impacted if the rule relaxing alcohol licensing isn’t renewed.

One of those businesses is the Cowboy Cafe in Arlington. Sarah White, who runs the restaurant, said Cowboy Cafe didn’t have any alternatives to indoor dining when the pandemic first hit.

“Cowboy Cafe is a small area,” she said. “We didn’t have a big patio or any of that, and so sales just plummeted.”

In late April, the Virginia Alcohol Beverage Control Authority put out new rules allowing for restaurants to sell alcohol alongside food for takeout and delivery orders,

“We would have been closed, we would have had to lay off all of our staff, because, at that point, there was no other way to have any sales for our store whatsoever,” White said.

With the pivot to take out and turning their parking lot into a patio, Cowboy Cafe has been able to stay open.  White said selling craft beer and cocktails to-go continues to be a part of that success.

“It’s not a huge percent — in Virginia, we’re not allowed to have more than 20 percent alcohol sales versus food — but it is enough that it keeps us going,” she said.

While VanValkenburg’s proposal is limited to off-site sales of beer and wine, a pair of bills from Del. David Bulova (D-Fairfax) and Sen. John Bell (D-Loudon) would also allow for off-site cocktail sales through July, 2022.

Robert Melvin, head of government affairs for the association, said feedback from their member businesses has also been overwhelmingly positive.

“I can’t tell you how many people have told us that it’s allowed them to bring back employees,” Melvin said. “It provides an additional option for generating income for many small, struggling restaurants that are recovering from COVID-19 and face reduced dine-in service.”

Asked if there have been any concerning incidents related to expanded off-site alcohol sales, VA ABC spokesperson Dawn Eischen said most compliance issues have been with food and container requirements rather than underage sales.

In many cases, our special agents will help them to understand requirements such as the size of the container and including food with each cocktail to-go order,” Eischen said. “As with on-premise mixed beverage sales, licensees are aware that off-premise sales must adhere to the same requirement to sell only to customers 21 or older.”

VA ABC said it is also working closely with restaurants to educate employees on how to verify the age of customers that may be wearing masks.