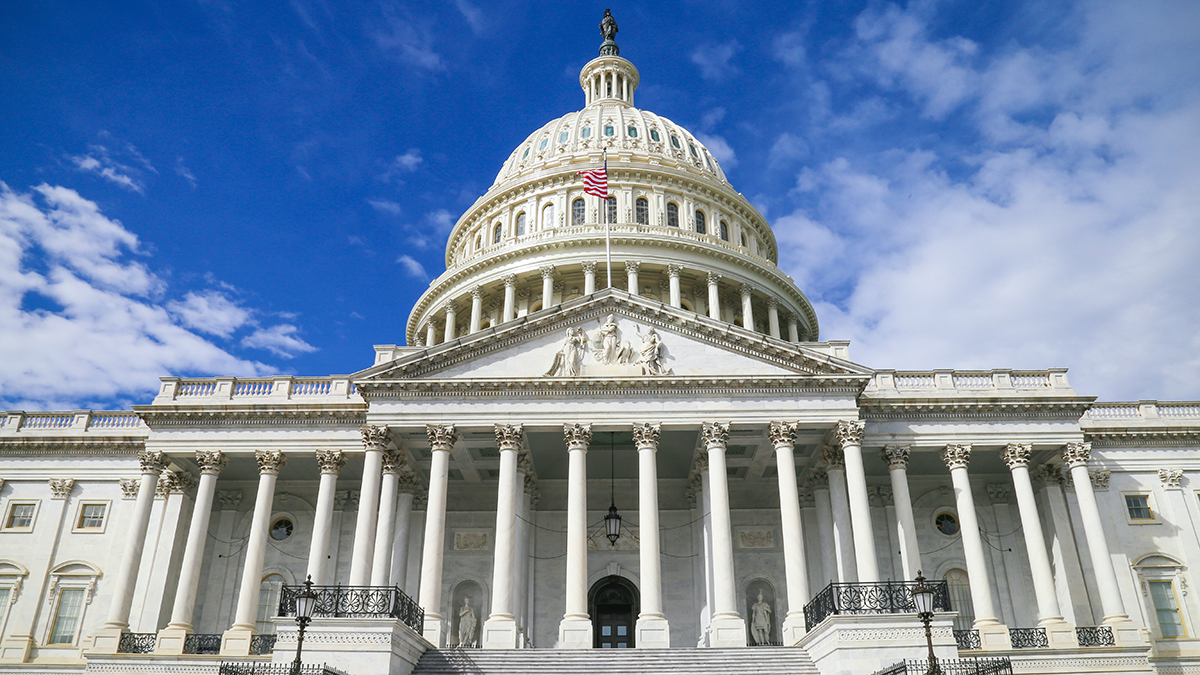 Photo by Louis Velazquez via Unsplash.com.

This is a breaking news story that will be updated.

Congress members evacuated offices and took other safety procedures as a mob entered the U.S. Capitol in opposition of the ongoing presidential election certification.

U.S. Rep. Elaine Luria, who represents Hampton Roads, tweeted that she evacuated her office just before 2 p.m. A source close to Luria said she is safe.

"Just had to evacuate my office because of a bomb reported outside, while the President’s anarchists are trying to force their way into the Capitol. I heard what sounds like multiple gunshots," she wrote.

I just had to evacuate my office because of a pipe bomb reported outside. Supporters of the President are trying to force their way into the Capitol and I can hear what sounds like multiple gunshots. (1/2)

Today, demonstrators who support President Donald Trump and members of several far-right groups gathered in Washington D.C. to protest the presidential election results, buoyed by the president's unsubstantiated claims that the election was rigged against him.

The desecration of our nation’s Capitol by domestic terrorists will not derail the duty of Congress to certify President-Elect Biden’s win.

Rep. Rob Wittman, whose district includes parts of James City County, said in a tweet the violence was "unacceptable."

This is absolutely unacceptable. This is not how we conduct the Nation's business. Please allow us to get the work of the people completed.

Wittman tweeted from his campaign account on Monday that he was "in full support of objecting to electors in order to debate and examine election results in states where Constitutional questions have been raised."

Retired Army Lt. Colonel Fred Wellman of Richmond used to be a Republican. He now works for the Lincoln Project as its Senior Adviser for Veterans Affairs.

Wellman used to work with Wittman on measures to help veterans. He says they had a positive relationship, but said the congressman "sold out," and never stood up to Trump's dangerous policies and actions.

"There's a certain point you have to say, silence is acceptance," he told WHRO.

Wellman said Wittman's plan to challenge the electroal vote -- which is what the mob at the Capitol was doing -- makes him a co-conspirator.

Here more from Wellman below:

Sen. Mark Warner declined an interview, but a spokesperson from his office confirmed to WHRO that he was safe. A spokesperson for Rep. Bobby Scott said the same, as did one for Sen. Tim Kaine.

Thanks for your concern — I am safe and sheltering in place with other senators. Please join me in praying for our country, and for our fellow Americans to do the right thing.

U.S. Rep. Donald McEachin sent a letter to Vice President Mike Pence urging him to invoke the 25th Amendment, which would remove Trump from office.

"The actions which took place on January 6, in which rioters and white supremacists stormed the United States Capitol, defacing and destroying windows and offices, injuring dozens, and threatening the lives of innocent civilians, elected officials, and law enforcement, is a direct result of President Trump’s incendiary rhetoric," McEachin wrote.

He wrote that Trump's actions are now a national security risk.

"The Cabinet should invoke the 25th Amendment against Trump. If he wants to challenge, Congress should vote him out," he wrote.

The sun is up on a new day. But there must be accountability for yesterday:

The Cabinet should invoke the 25th Amendment against Trump. If he wants to challenge, Congress should vote him out.

Congress should inform Trump that he is not welcome at the inauguration.

According to NPR, legislators were moved out of chambers and encouraged to lock themselves and other staff into offices as protestors, some armed, entered the building.

The Washington Post reports one person was shot, but their identity is unknown.

Gov. Ralph Northam tweeted he was deploying 200 Virginis state troopers and the Virginia National Guard to Washington D.C. at the request of Mayor Muriel Bowser.

My team and I are working closely with @MayorBowser, @SpeakerPelosi, and @SenSchumer to respond to the situation in Washington, D.C.

Per the Mayor's request, I am sending members of the Virginia National Guard along with 200 Virginia State Troopers.

Northam later released a statement about the event.

"The violence we saw at the U.S. Capitol today was nothing short of an armed insurrection and a humiliating assault on American democracy. The President incited this mob with his refusal to accept the lawful results of a fair and secure election," he wrote.

"And the members of Congress who have enabled him—and continue to encourage and praise his efforts—bear just as much responsibility."