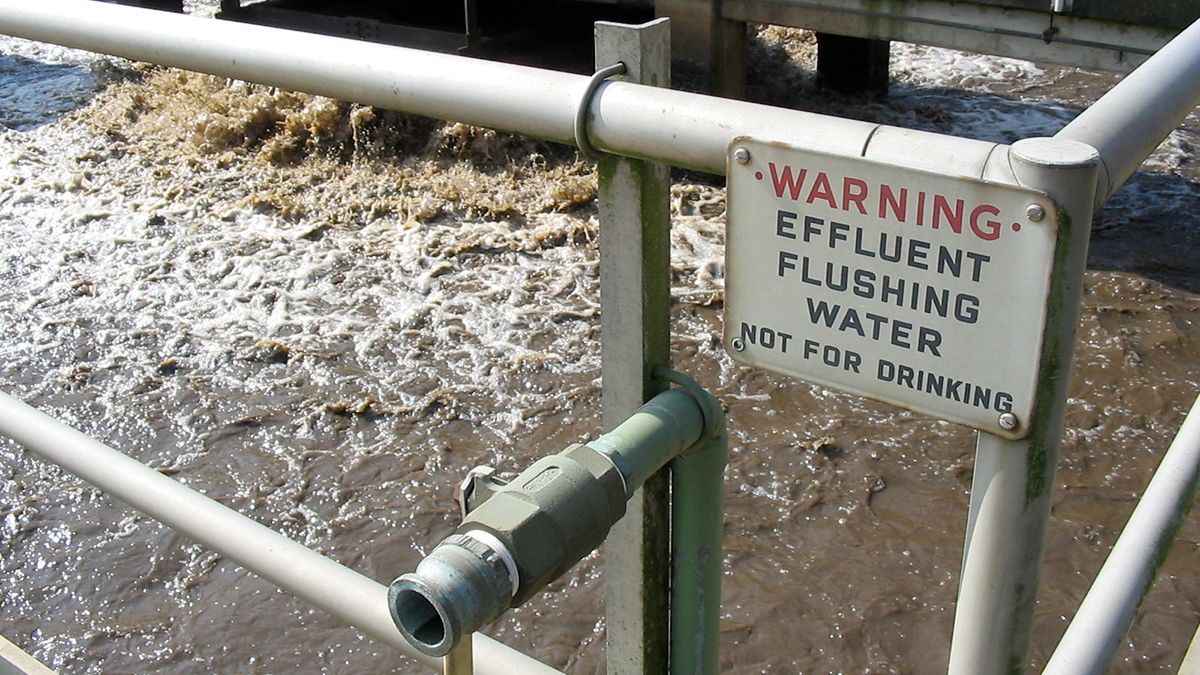 Photo by Luke Jones, Flikr. The break occurred in a 36-inch sewage line that carries wastewater to the Boat Harbor Treatment plant

The Hampton Roads Sanitation District says the break happened around 16th Street between Garden Drive and Walnut Avenue. HRSD asks that people and motorists avoid the area and follow detours around the spill.

Sewage has not leaked into homes or caused anyone to lose sanitation services. A spokesperson could not say how much wastewater has spilled.

The break occurred in a 36-inch sewage line that carries wastewater to the Boat Harbor Treatment Plant. The line was installed in 1944 and is part of a $16 million project to replace a two-mile stretch of pipe.

An inspection before the project found the aging system suffered from corrosion and warned that future failures were possible.

HRSD says workers will begin cleaning up the spill once they seal the leak. Residents should expect extensive construction activity and a long-term lane closure in the area of the spill.