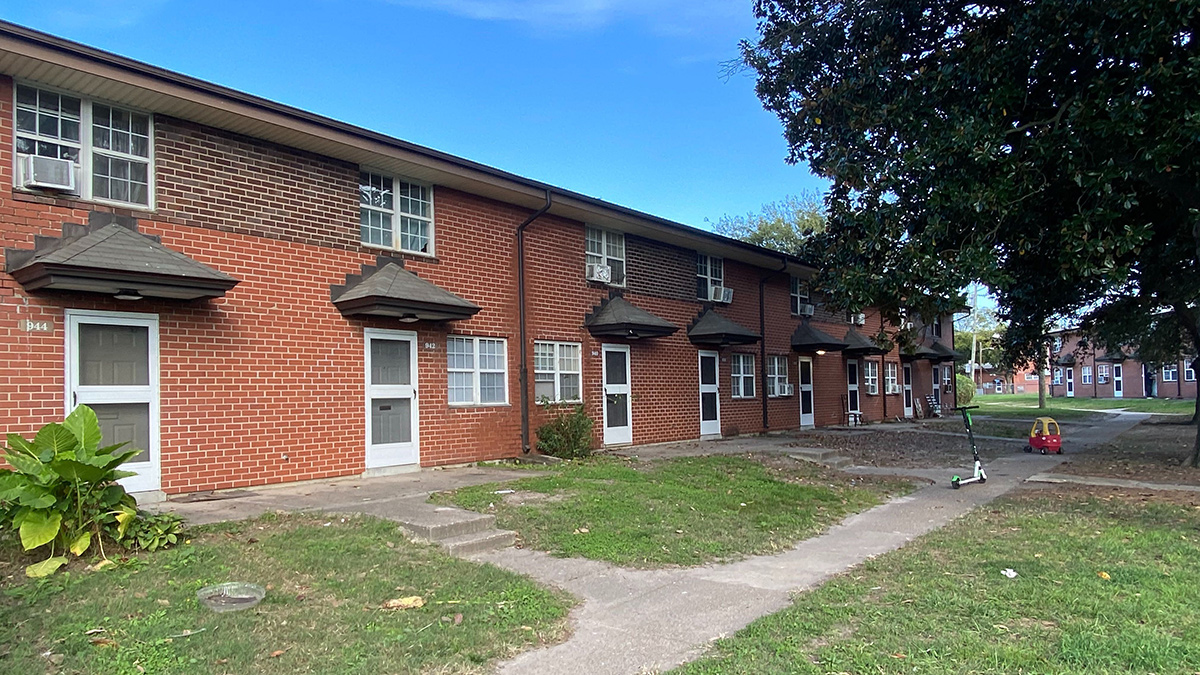 Photo by Sam Turken, WHRO. Norfolk has some of the most affordable housing units in the country that are at risk of flooding, according to a new study.

Study: A Lot Of Affordable Housing In Virginia Is Vulnerable To Flooding

Affordable housing in Virginia is among the most vulnerable in the country to flooding and sea level rise, according to a new national study by the nonprofit Climate Central.

The commonwealth ranks fourth behind New Jersey, New York and Massachusetts with nearly 1,500 affordable housing units that could be at risk of flooding by 2050. Much of the housing is in Norfolk and Portsmouth.

“Normally the attention in the Norfolk area gets focused on the military installations there,” said Benjamin Strauss, one of the study’s authors and CEO of Climate Central. “As sea levels rise, that impact is going to be focused on the affordable housing stock.”

The researchers focused on lower-income homes because they tend to be in lower-lying areas that are more at risk of flooding. The report also says affordable housing is often older and built to poorer housing codes. It’s therefore less structurally sound than new market-rate housing.

When affordable housing units do flood, tenants lack the financial resources to repair damages or move somewhere else.

“We really wanted to shine a light on the most vulnerable population to sea level rise,” Strauss said.

The Virginia Institute of Marine Science predicts the Hampton Roads region could experience at least 1.5 feet of higher sea levels by 2050.

According to the Climate Central study, lower-income housing in just 20 cities accounts for 75% of overall exposure to coastal flooding. Norfolk ranks fifth and Portsmouth 17th among localities with the most units under threat.

He added if enough isn’t done, low-income people will have a hard time recovering every time their homes flood.