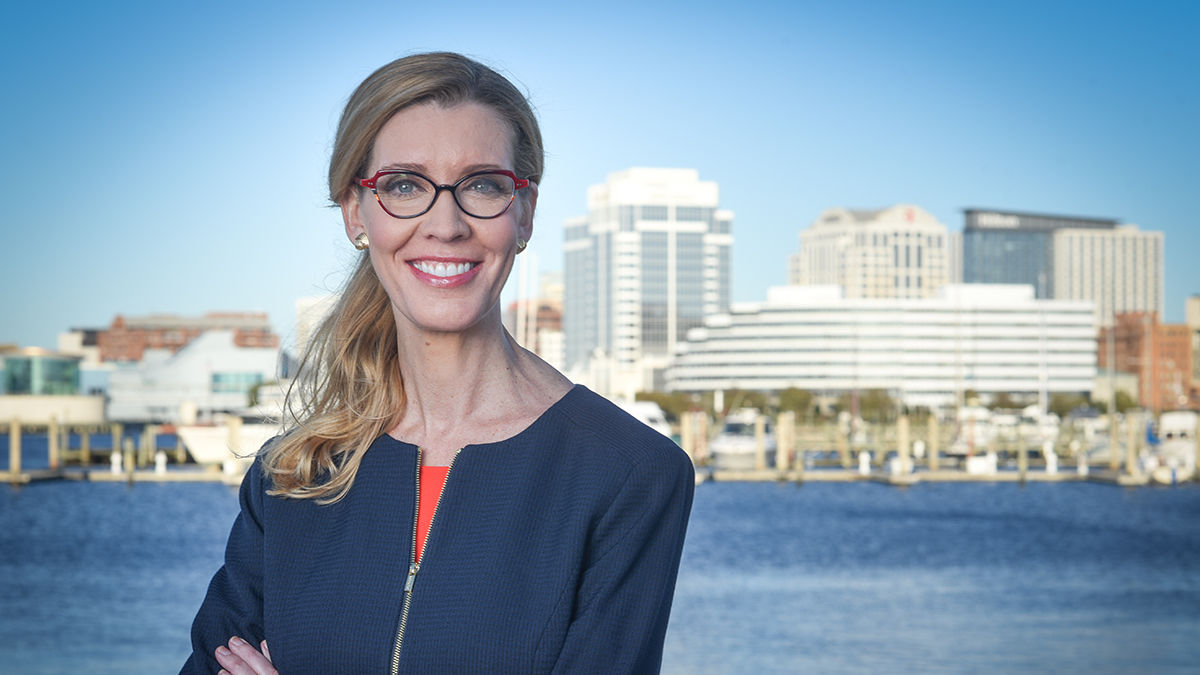 Norfolk City Council member Andria McClellan is running for the Democratic nomination to be Virginia’s next lieutenant governor.

She said she was exploring a run for lieutenant governor in July, with the launch of a political action committee. A note of transparency -- McClellan sits on the WHRO Governing Board of Directors.

“We’re a Commonwealth that wins by addition, not by subtraction and certainly not by division,” she said in her formal announcement video.

In an interview with WHRO, McClellan said she practices “pragmatic progressivism.”

“How do we take those ideals of the Democratic party and make sure they work for everybody,” she said.

The lieutenant governor position provides a platform to address statewide issues, McClellan said. She would use the position to focus on the same issues she has since her 2016 election to represent Superward 6 in the Norfolk City Council.

Her list includes broadband expansion (to benefit students, people working from home and older citizens who rely on telehealth services); workforce development for people who need re-training or new skills; and climate change, including the increased severe flooding that comes with it.

"Flooding is not just a Coastal Virginia issue anymore, it is a Commonwealth-wide issue," she said. "I'd really like to focus on flood mitigation and further the Virginia Clean Economy Act to reduce Virginia's carbon footprint."

McClellan is the first Democrat in Hampton Roads to officially run for the position, which already has a packed field, with several Democratic candidates in Northern Virginia vying for the party nomination.

"I think a statewide ticket must have representation from different parts of the commonwealth and selfishly, I absolutely believe Hampton Roads needs to be on the ticket," she said. "We’re a huge region, which includes the largest naval base in the would, one of the largest concentrations of federal military assets, one of the busiest seaports on the East Coast, so having a seat the table is critical."

Locally, current Republican Del. Glenn Davis of Virginia Beach has also launched a bid for a lieutenant governor, putting him in competition with a former Republican delegate and two others without past state political experience.

On his website, Davis says using federal dollars to help Virginia recover from COVID-19 is a priority, as is increased testing. He also says there should be better systems to get children back into school and support businesses that are struggling with shutdowns and other impacts.

Davis says broadband expansion is one way to help create and sustain jobs once the pandemic passes.

Like McClellan, education is a key priority for Davis, who says Virginia should expand access to specialized and charter schools. He wants to see more school building renovations, make sure students have access to modern technology and create smaller class sizes.

Both have to make it out of their respective party’s nomination process first. The primary is in June of next year.

Virginians will elect a governor, lieutenant governor and attorney general in 2021.