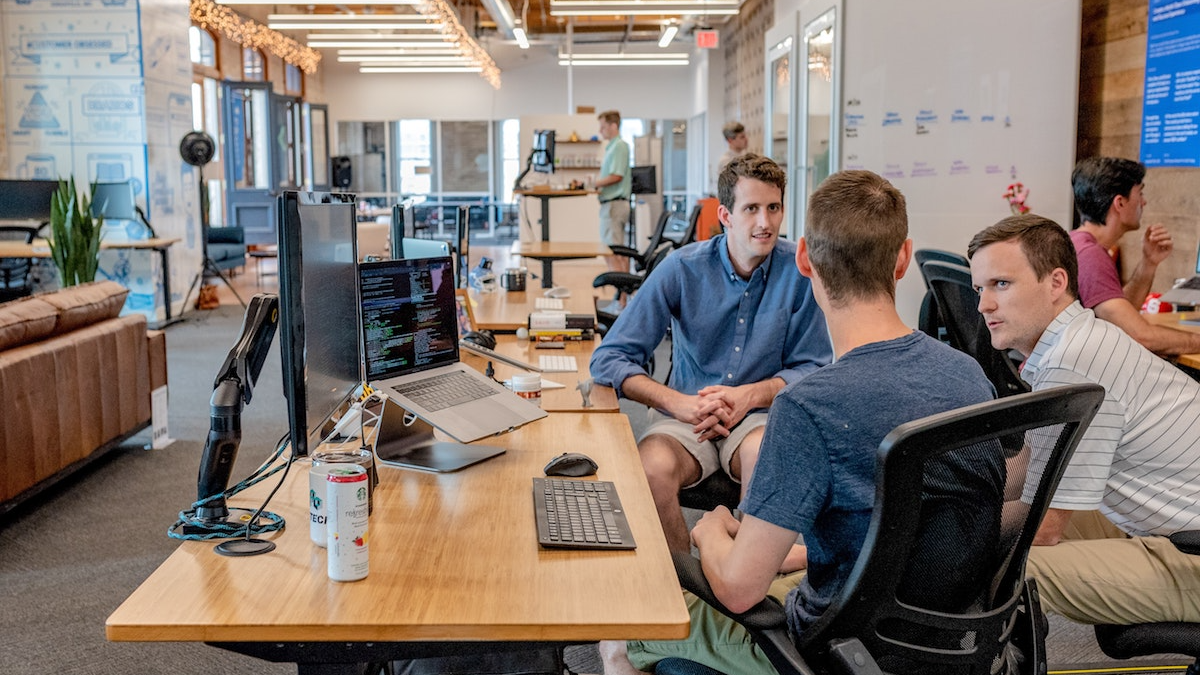 Photo by Unsplash/Austin Distel. One of the most important skills is translation, according to TCC educators. You have to communicate your military experience in civilian terms.

Changing a career is one of the hardest things a person can do. And leaving the military to join the civilian workforce can be particularly challenging.

Cassandra Harris knows. She's done it. A former veteran who is now lead military academic advisor at Tidewater Community College, she says that tackling the unstructured time was one of the hardest things she had to do. Vets are used to getting instructions, marching off and completing tasks. The freedom could be a bit nerve-wracking for her.

"I feel like if I'm not busy I'm wasting time," she says. She learned one of the most important lessons of her career, which is to pick short-term, medium-term, and long-term goals and then really think about how each one would transition into the other.

TCC's Center For Military And Veterans Education helps vets build these kinds of plans. Harris and other educators at the center spoke to WHRO about what a vet needs to have a successful next chapter.

The good news is that people with military experience have a lot to offer civilian companies, and those companies know it.

"That experience, that discipline... that need to accomplish a job and do it well," Harris says, "that is ingrained in them."

"Across the board one of the most important things civilian employers are looking for are people who are dependable, people that show up, and people who are willing to put effort into their job... that's what veterans are used to," according to Christopher Blow, interim director at the Center. "They work long hours on deployment. Employers really value those skills that active duty or transitioning veterans bring to the table."

A veteran has some of the most important job skills already -- work ethic and determination -- which should help boost confidence and make interviews less daunting. But how can a vet pick the right career?

"I'm lost. I don't understand why I'm taking these classes." It's something Shelly Bearden hears from time to time.

She is a veterans resource liaison at TCC, and she helps vets navigate their choices. People get out of the military, she says, and know they need to go to school, but they don't know where they want to work, or what they want to do. It's the same thing Cassandra Harris has seen, and what she's grappled with herself. Harris and Bearden both have in-depth conversations with veterans they help. They ask what their lives are like, and what they want to do.

Bearden says a good idea is to get that conversation started as early as possible -- maybe with a friend or family member who knows you well.

"Most importantly, it's what do you love?" asks Christopher Blow. The transition to the civilian workforce gives you the opportunity to reinvent yourself. What will make you happy to go to work every morning? It's important to ask yourself this now before you dive in.

Fill In The Gaps.

"Veterans carry a lot of skills with them when they leave the military," he says, "but those skills aren't always recognized."

TCC has Skillbridge programs to make it easier to fill in the gaps on a vet's resume. Skillbridge is a larger military program, with its own Department of Defense webpage full of resources. The programs are short-term courses focused on getting jobs quickly. There are courses in the solar industry, machining, digital court reporting and a course to help vets get a variety of jobs with Virginia Natural Gas.

Blow says there are new offerings in nano manufacturing, as well as a new pipefitting and welding class which TCC is putting on with a partnership with the Virginia Ship Repair Association.

As you develop your plan and complete the skills reach your goals, you will have to learn to sell yourself to a new type of employer. A big hurdle, according to Blow, is learning to describe what you can do in a way that civilians can understand.

"The resumes often sound like they're military evals," Blow says.

And the mistakes veterans can make aren't just from using military jargon. They often emphasize skills and accomplishments that might matter to the military, but not to the private sector. Fortunately, he says, there are great resources to help veterans work on their resumes. Blow recommends connecting with a Navy Fleet And Family Support Center or with the Hampton Roads Workforce Council.

Shelly Bearden's advice on networking is simple: "Always do it."

At this new stage in your life, you can't have too many friends, because you won't know where the next opportunity will come from. As you launch your career, you will need allies to help you find jobs and give you advice on your industry.

A good place to start, she says, is by joining the campus Student Veterans Of America club.

Chris Blow says you can network through military groups or through the professions themselves. Many industries have their own social organizations. And veterans should take advantage of resources at the USO, he adds.

Ultimately, changing a career can be daunting, but it can also be a chance for a fresh start. Harris often reminds veterans who come to her that they're in the driver's seat.

"I always tell them," she says, "'You don't want to let anyone take control of your future.'"