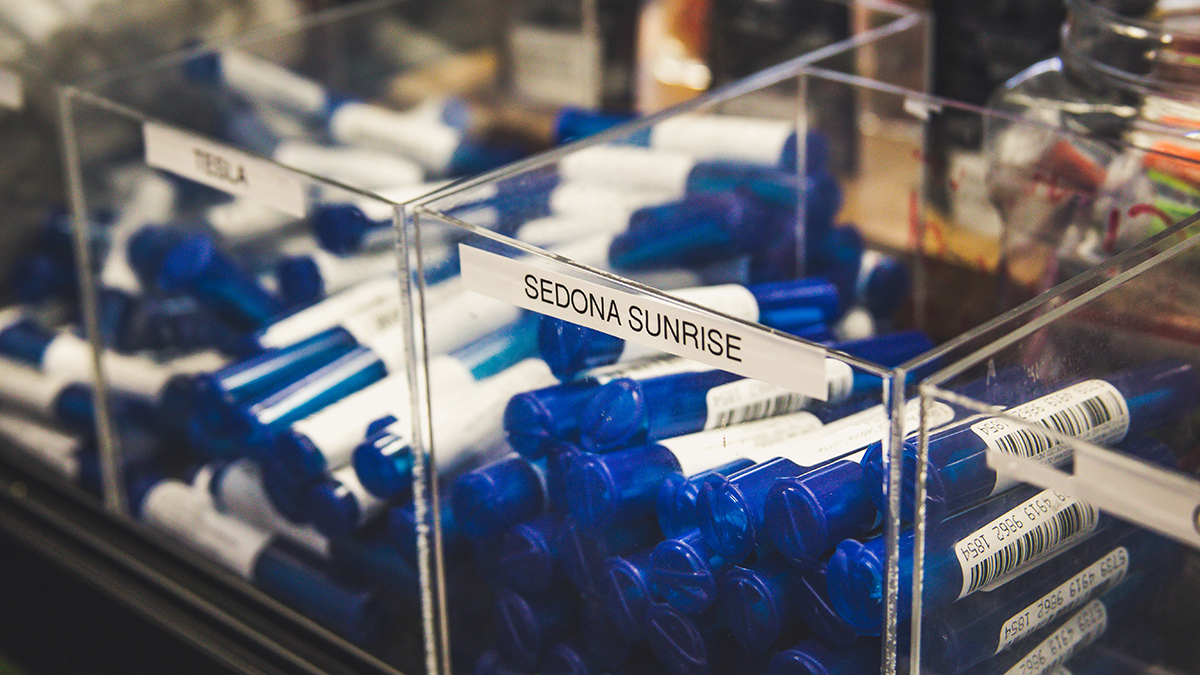 Photo by Jeff W. via Unsplash.com. Virginia has several options on how to operate a legal marijuana economy, including limiting the number of dispensaries in a region or giving regulatory authority to the Alcoholic Beverage Control Authority.

How And Why Legal Marijuana May Happen In Virginia

Gov. Ralph Northam said earlier this month he’s ready for Virginia to become the first state in the South to fully legalize marijuana.

“We will lead with a focus on equity, public health and public safety,” he said in a press release. “I look forward to working with the General Assembly to get this right.”

Portsmouth Del. Steve Heretick was an early proponent of fully legalizing marijuana since he took his seat in the legislature in 2016.

“It's always sort of been in the back of my head that this is a policy that really needs revision, that we need to take a good hard look at what marijuana is and what it isn't,” he said.

Virginia decriminalized marijuana this year, lowering the legal punishment for having small amounts of marijuana. Before that, the state also created a medical cannabis program, controlling the number of facilities in the state that can distribute medical marijuana to patients with doctor approval.

There’s a broad range of issues that have to be addressed before legalization happens in a fair way, said Jenn Michelle Pedini, executive director of Virginia NORML. The group advocates for legalization across the country.

He attended medical and law school in Philadelphia and worked with people who were addicted to drugs.

He noticed a pattern in the city: “Marijuana use was so ubiquitous even then, that it became a very easy way to just stop someone to question them, or to search them. Marijuana wasn’t the gateway drug at the time, it was really the gateway to more aggressive law enforcement.”

It also suggested regulating marijuana much like alcohol is in the state, even suggesting regulatory responsibility to go to Virginia ABC, which oversees alcohol sales and laws in the state.

The JLARC report also made the recommendation of expunging the criminal records of people who have been charged with marijuana offenses that would become legal under full legalization.

Marijuana and the economy

State auditors wrote that the state could create a program that helps entrepreneurs get marijuana businesses off the ground.

Such a program would have certain eligibility requirements to give more people a piece of the new economy.

According to the JLARC report, legalized marijuana would be responsible for $2 billion in economic output and $62 million in revenue a year (that number could jump to $308 million by the fifth year, the report estimates).

“Virginia could seek to facilitate marijuana businesses ownership in proportion to the race and ethnicity of its population, or facilitate additional opportunities for ownership for those negatively affected by marijuana’s prohibition,” state auditors wrote.

Taking cues from other states, Virginia could help new business owners complete the licensing process or develop programs to help with startup costs.

And with pot sales lining the states’ coffers, some of that money could go back into community reinvestment programs, which typically target low-income areas in the state that struggle to reap economic benefits like more urban areas do.

“We've been missing a lot of potential revenue that could go into things like education programs, rehabilitation programs, those types of things,” Heretick said. “Using alcohol sales as an example, the state derives a fair amount of revenue from alcohol sales, but part of that revenue goes into helping to provide a support network for those people who have alcohol addiction problems. I think the same principle lies here.”

In a press release expressing his support, Northam said legalization legislation should include "substance abuse prevention efforts in schools and communities."