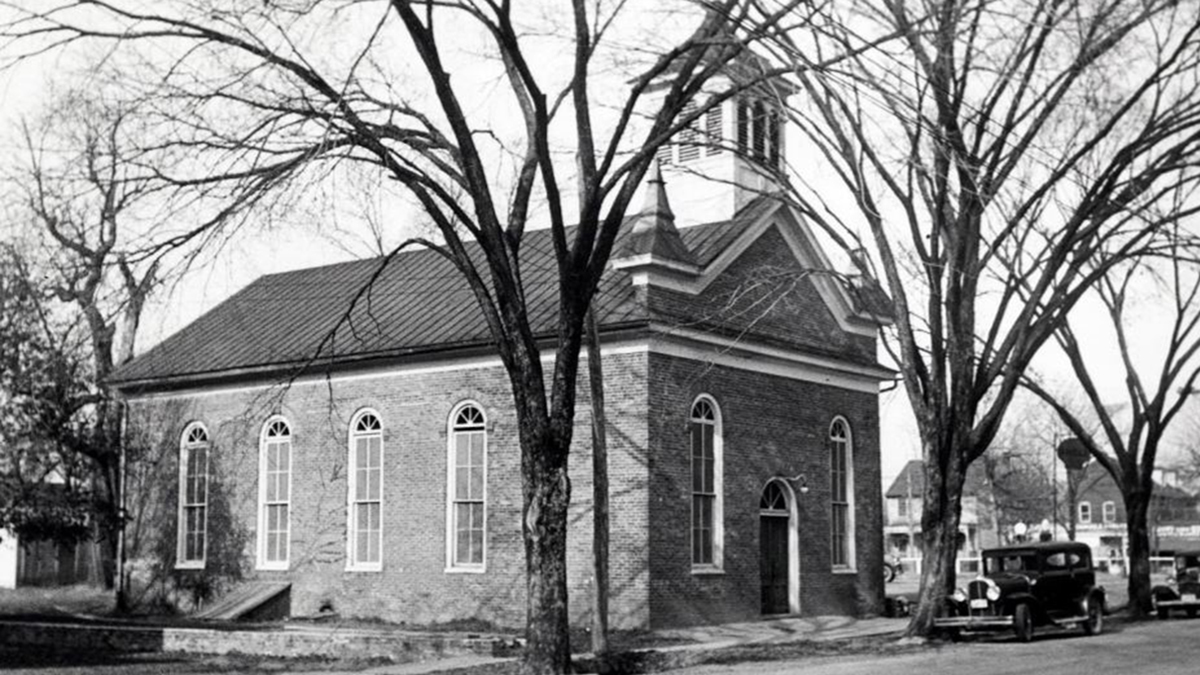 From Colonial Williamsburg. The 1855 version of the First Baptist Church shows where one of the country's first Black churches congregated.

The original structure of the First Baptist Church in Williamsburg is getting more clear with the first phase of an archaeological dig now complete.

There are holes that may have stabilized wooden posts and several brick foundations that show the expansion of the First Baptist Church since it officially formed in 1776.

Archaeologists think they may have also learned about some church traditions, specifically when it comes to burying the dead.

"I want to point out that there are no human remains that have been exposed, the human remains are further down in there," he said during a presentation Monday. "These are the tops of the grave shaft, it's where the the soil has been disturbed to dig the grave and then the soil is filled back in."

The head of the grave is marked by what archaeologists think was a Black Walnut tree. It's in the spot a descendant of a past church member told Gary it would be.

"We find graves all the time, I suppose. But we've just found a grave exactly where they told us there was going to be one," he said. "Think about the history of the church and the oral histories and the histories of families that are out there. Imagine what else is true about this site that they can help us understand."

Descendants of the older First Baptist congregations are a key part in the effort to find remnants of the old church. At the meeting Monday, group leaders said the decision on what to do with any human remains found at the site should be determined by the people related to those who used the original church.

First Baptist is a known historic institution. It has a place on the state register of historic places and a bell that lived at the original church site was part of the opening ceremony of the National Museum of African American History and Culture in Washington D.C.

The Colonial Williamsburg Foundation and the current First Baptist congregation have been working together on excavating the original site on the corner of Nassau and Francis streets.

The Colonial Williamsburg Foundation bought the site in the 1950s. After that, the site was turned into a parking lot.

Currently, the Let Freedom Ring Foundation -- part of the church that raises money for efforts like reconstruction of the historic building -- and Colonial Williamsburg are preparing for the second phase of digging, which is scheduled to begin Jan. 4.

Connie Harshaw leads the Let Freedom Ring Foundation. She said she hopes the work will culminate in a full reconstruction of the church.

Cliff Fleet, CEO of the Colonial Williamsburg Foundation, expressed his interest in doing the same during Monday's presentation.

"If our work so guides us, it would be my aspiration that we can work together to figure out how to properly commemorate the church ... and if that includes, hopefully, a reconstruction of what the original structure looks like, so that we can tell the full and complete story, I hope that's where we will lead."