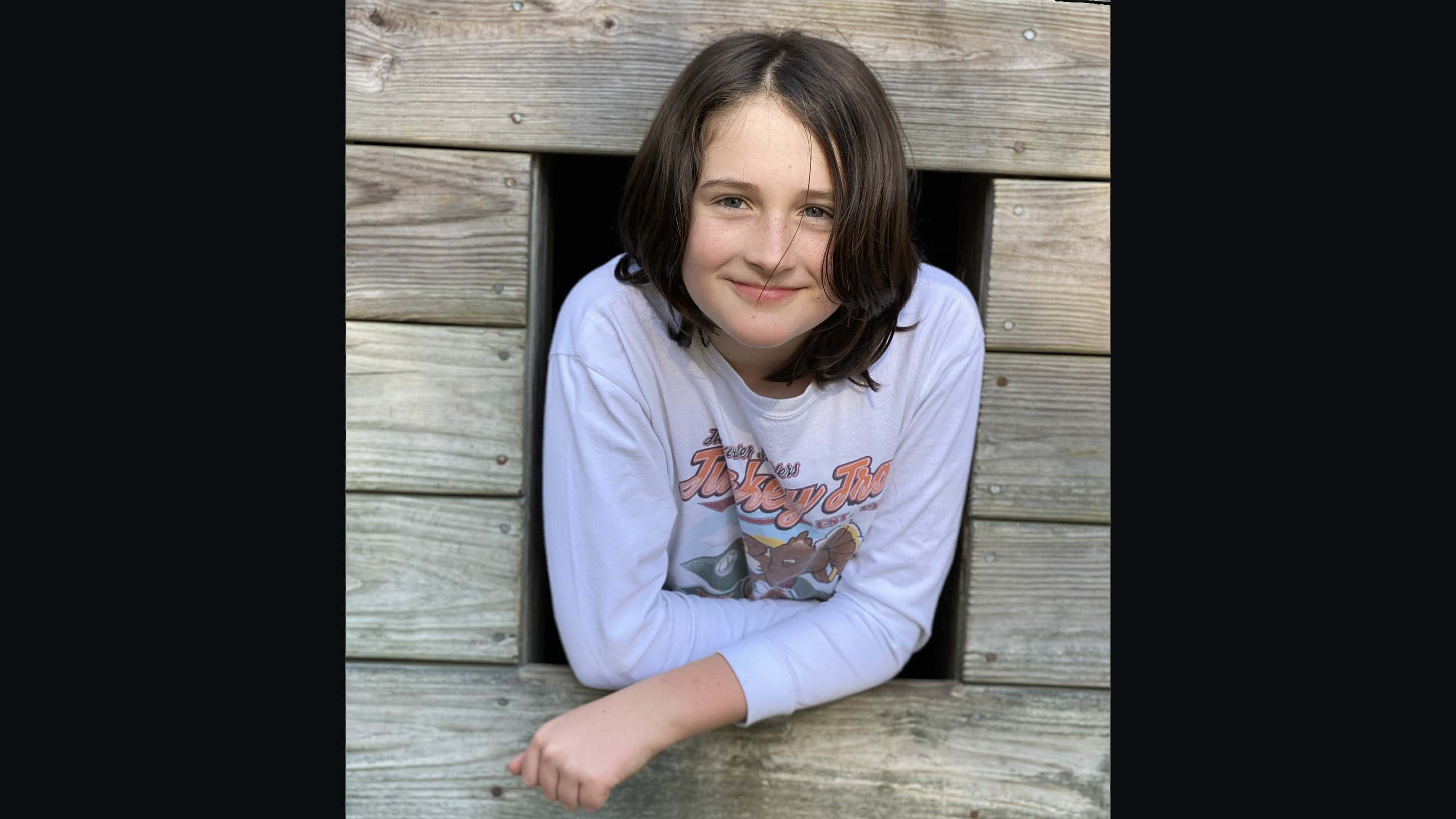 Photo by Juliemarie Vander Burg. Norfolk student Jack Vander Burg says he didn't have to do too much research for his story, because he's been paying attention to what climate change is doing to the world's wildlife.

For Jack Vander Burg, writing has to contend with other pandemic pastimes like playing video games and riding his exercise bike. He's eager to start back to work on a fantasy story he's been working on. But he took time off to write prose about climate change. And it won him a prize.

Jack is the second place winner in the fifth grade category of the 2020 WHRO Young Storytellers Contest. Now enrolled at young scholars program at Rosemont Middle School, he wrote his winning essay during his time at Larchmont Elementary School. Jack and his family live in Norfolk.

The story highlights the perils of climate change through the eyes of an orphan penguin. Jack says he didn't have to do much research for the story, outside names of organizations and their leaders, because he's been paying attention to news about the issue. He says his favorite part of the story is that the main character, Pingo, volunteers to find help for the penguin colony suffering from the melting ice. Pingo's parents died because of melting ice, and he doesn't want anyone else to go through his pain.

WHRO News Director Rebecca Feldhaus Adams spoke with three of the winners of the 2020 contest, including Jack. 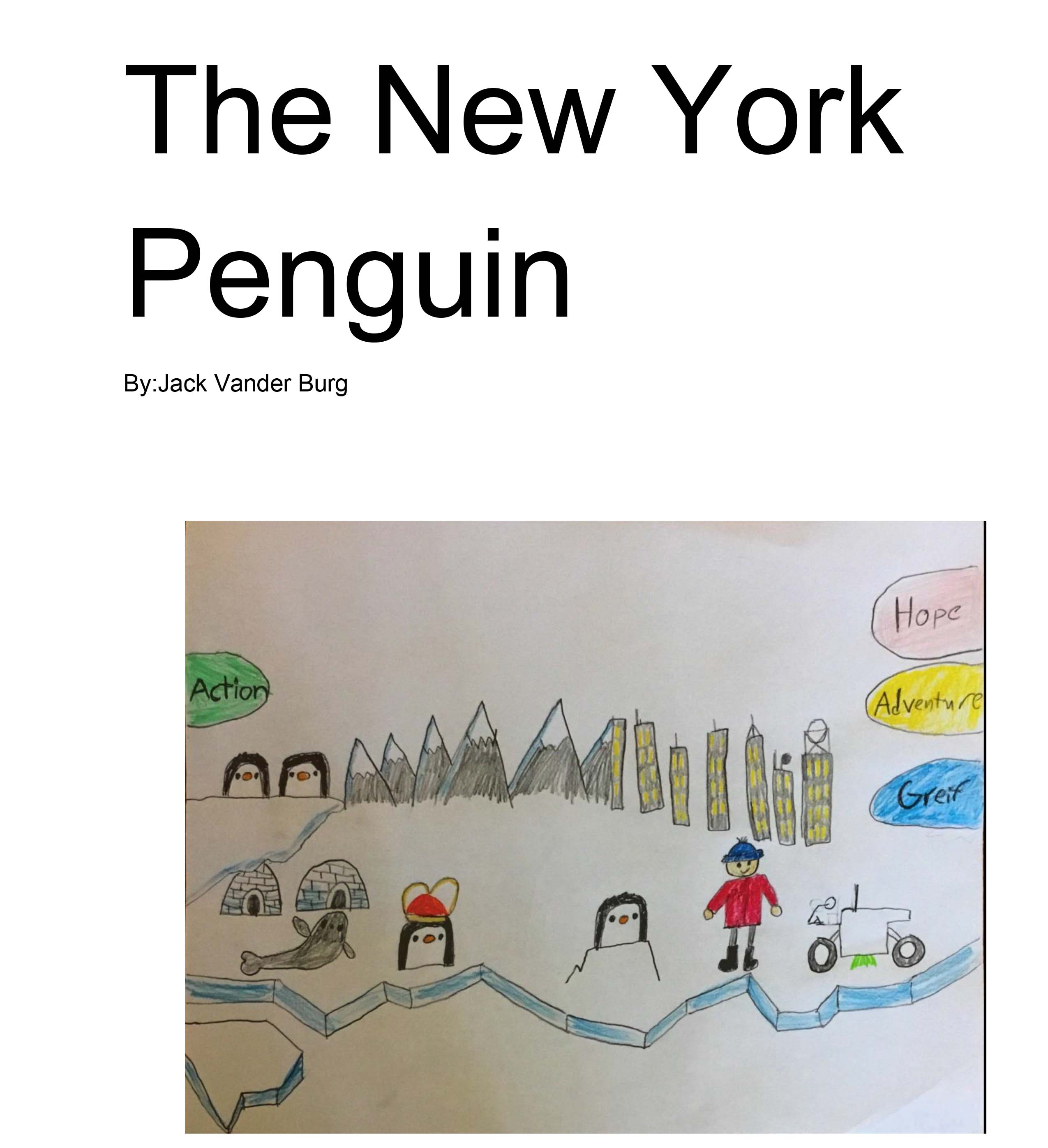 Rebecca Feldhaus Adams: Jack, congratulations and thank you so much for joining me today. Thank you for having me. How do you feel about your win?

Jack Vander Burg: When my mom showed me the letter, I was a bit surprised, like I wasn't expecting to win at all because I sort of paused writing it when COVID hit.

So I wasn't really thinking it was going to do good.

RFA: And then once you got over the surprise, how does it feel?

JVB: I was really happy and just excited.

RFA: Tell me about your experience writing. Is writing something you do a lot?

JVB: I enjoy writing and I do it often, but not like when I’m bored, I start just writing, it’s not that often.

RFA: What kinds of things inspire you to write what's going on with the world?

JVB: Just whatever my mind is thinking about stuff like that.

RFA: Your story is called “The New York Penguin”. Briefly, describe, for the folks listening, what your story is about.

JVB: It is about a penguin that leaves his home of Antarctica to go to New York and try and get people to come back and help save him and his friends from the melting ice.

JVB: Because the topic was climate change. And the first thing that came to mind was melting ice. And I thought penguins live on ice.

RFA: And what was the most important thing you wanted people to take away from reading your story?

JVB: That the ice is melting and that we have to do something. It's not just like the penguins are going to do it themselves.

RFA: What kind of research went into writing your story?

JVB: Not much at all, actually. I did some research, though, on like some of the characters and organizations in it. But besides that, nothing really.

RFA: What do you like most about “The New York penguin?”

RFA: You said you write from time to time. What other hobbies, especially during COVID, do you fill your time with?

JVB: I ride the exercise bike. I read and play video games.

RFA: What kind of video games are you into?

RFA: So, Jack, what do you want to write about next after your big success?

JVB: I don't know. I might go back to sort of doing like these fantasy things like these, like otherworldly spirits come and like guide people to fight, or there's this alternate universe that's trying to take over the one that we’re in.

RFA: That sounds like a lot’s at stake in that story.

RFA: It sounds a little stressful.

JVB: Not really, because I know that I can always change it if I get to stress.

RFA: What advice do you have for people who might be listening to this and who want to do their own writing?

JVB: Just let your imagination take you wherever it does and write it on it.

RFA: Well, Jack Vanderburg, thank you so much for being with us today. And again, congratulations.

JVB: Thank you for having me.