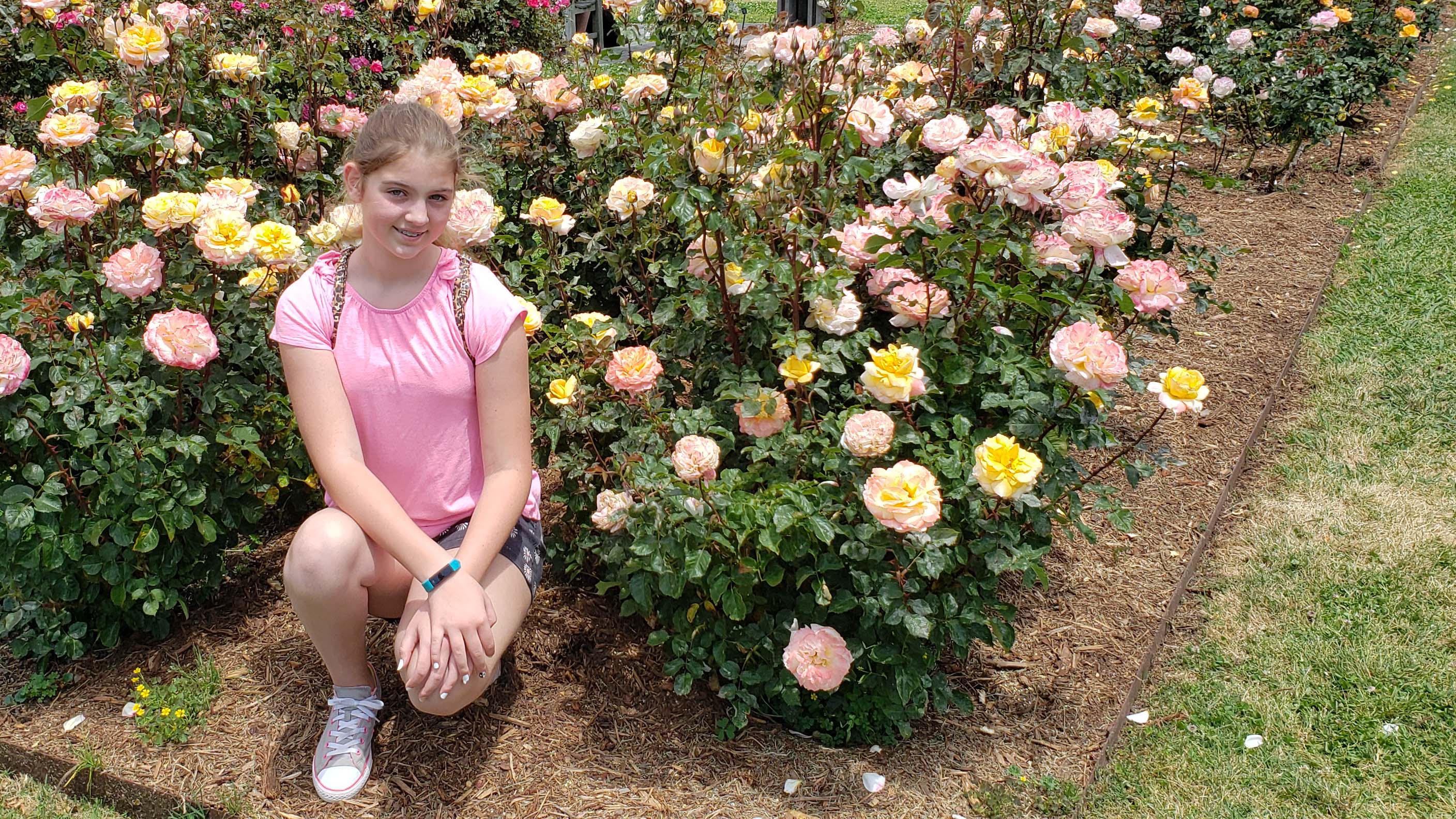 Photo by Andrea Magruder. Author Erin Magruder says he favorite part of her winning story was that the main character overcame and obstacle to continue doing what she loves.

'The Wonders Of Dance': Young Writer Reflects Her Experience In Award-Winning Work

The moment you meet Erin Magruder, you can tell she's got passion.

The 11-year-old sixth-grader has been dancing since she was three years old. Now she has a new accolade to add to her list: Winner of the WHRO Young Storytellers Contest.

Erin currently attends Yorktown Middle School, but it was her work as a fifth-grader at Seaford Elementary School in Yorktown that won her the blue ribbon.

The main character in Erin's story, "The Wonders of Dance," confronts a major injury at a dance competition. The story follows her journey back to the dance studio. Erin says although she has been injured while dancing, it's nothing as serious as character Lizzy's catastrophe. But she reflected on her own experience to make the story more realistic.

WHRO News Director Rebecca Feldhaus Adams spoke with three of the winners of the 2020 contest, including Erin. She also spoke with Erin's mom, Andrea Magruder. 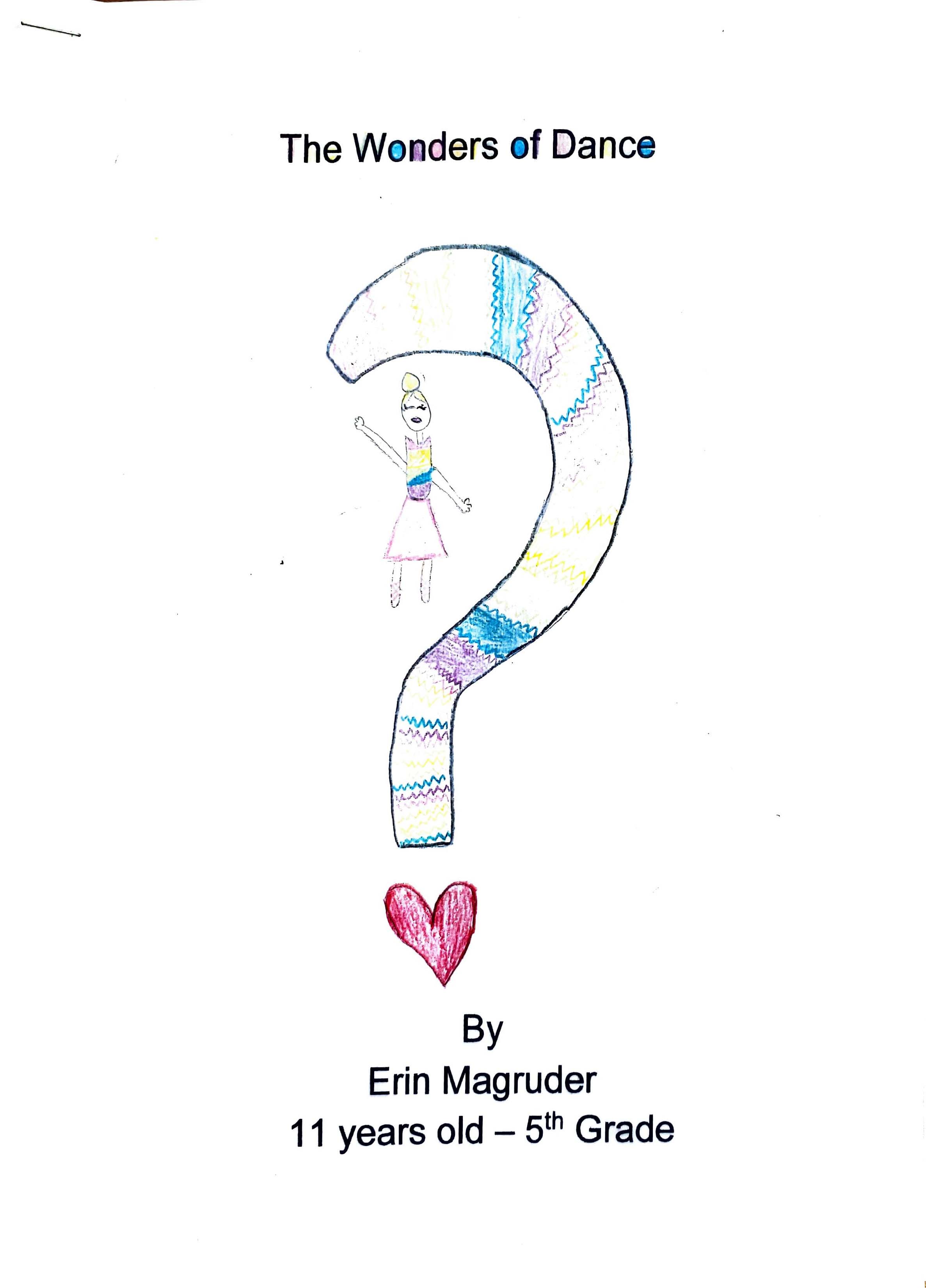 Rebecca Feldhaus Adams: First of all, Erin, congratulations on your win.

RFA: How does it feel?

EM: I was excited when I found out and also shocked at the same time. I was like, 'Wow, I accomplished something in writing.'

RFA: You didn't expect it?

EM: No, because I just wanted to write the story for fun just to enter the contest, just to try something new. Not really expecting to win something, just expecting to just have fun and share my creative writing.

RFA: That's fantastic. So your story is called "The Wonders of Dance." What made you choose to write about dancing?

EM: Well, I'm a dancer and I've been basically dancing since I was three. And I wanted to write about different experiences of a dancer's life and how there can be different struggles through dancing. But how if you set a goal and just always reach for that goal and you can make it happen.

RFA: Give us a brief summary of what your story is about.

EM: It's about a dancer who goes to a competition and she gets injured and she realized that lots of the treatments that's been happening hasn't been really working. So then she realizes that she has to go through a big procedure, which she's worried about. But then the procedure ends up working and then she has to go through multiple sessions of therapy to try to heal so she can continue dancing because that's what she really wants to continue to do. But she's worried that she can't. So then finally, she goes through all the therapy sessions and she tries and then finally she goes to the dance studio to see all her friends and she opens the studio doors and she just turns on the music and just starts dancing because that's what she loves to do. And she finally reached her goal.

EM: Of course, you have the title, "The Wonders of Dance," and the illustration is a big question mark with a dancer inside the question mark, because I wanted the illustration to relate to the story in the title. So the wonders of dance, because the whole story is basically on her question -- if she's going to be able to dance again and follow her dreams and passions with dance.

RFA: What's your favorite part in the story?

EM: Definitely when she goes back to the studio and sees all her friends and just begins to dance again. That really made me happy.

RFA: And you said that you wanted to try something new with this story. Is writing kind of a newer hobby for you?

EM: It is because I don't tend to write a lot, but sometimes I just decide to, like, sit down and just write a little brief story. But, yeah, I'm it's a newer thing that I'm getting into, but I really like it a lot. It really relaxes me.

RFA: Andrea, I would love to shift to a few questions for you. How are you feeling about the win?

AM: I'm really, really proud of her. You know, I think that she put a lot of time and effort and energy and not only did she have to write in the story, but create the illustrations that went along with it. And, you know, I saw how hard she worked on it and the passion for it. So I was really excited that she was recognized for her hard work.

RFA: What was kind of the interaction between the two of you as Erin was writing. Did you want feedback, Erin? Did you want to keep it secret the entire time?