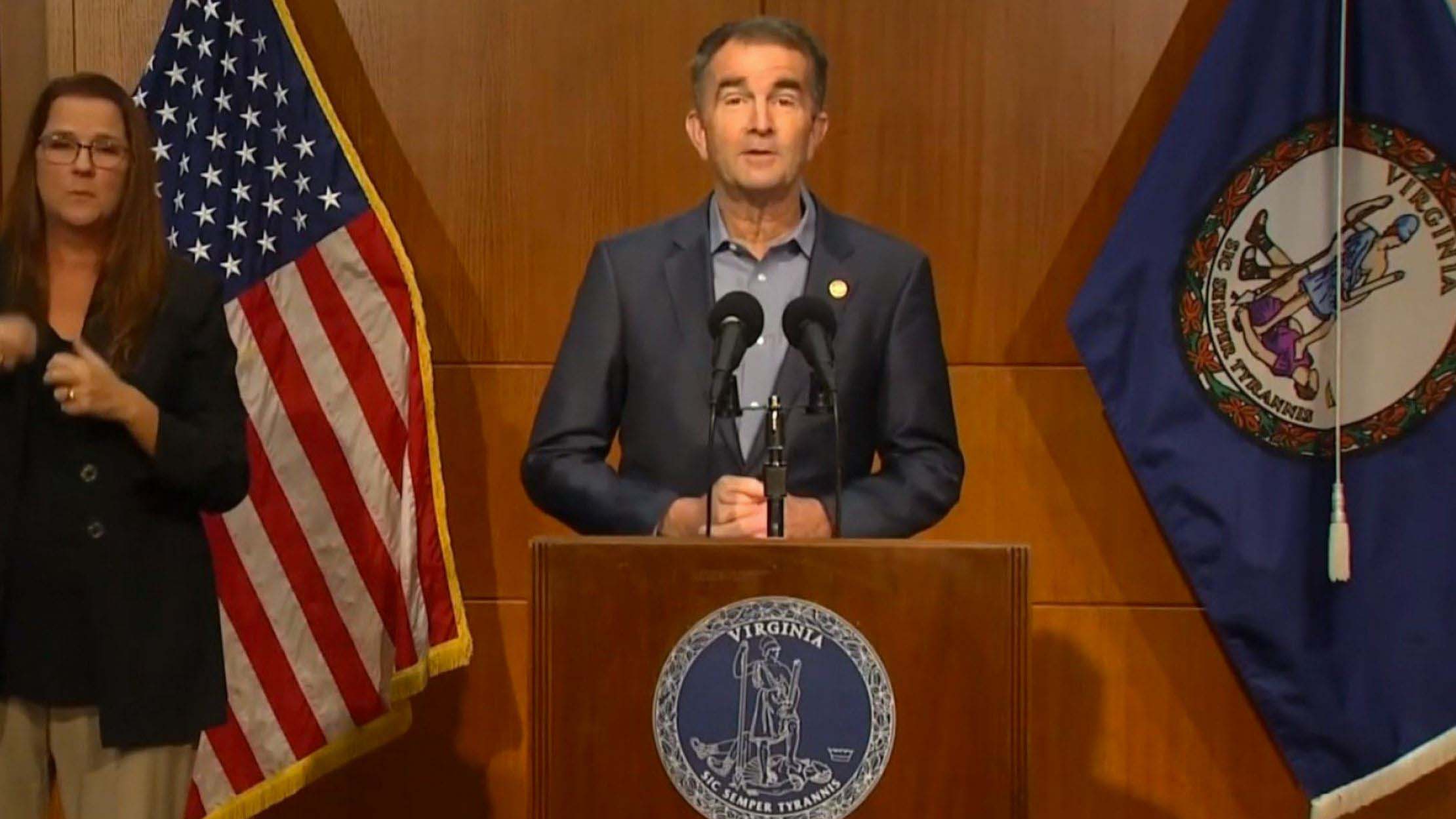 Photo a screenshot from briefing. Northam urged Virginians to continue precautions to mitigate the pandemic, a message that has become a constant refrain over the last month as case counts continue to climb.

With COVID-19 Continuing To Rise, Northam Reiterates Need For Caution

Gov. Ralph Northam continued to insist Virginians stay vigilant to slow the spread of COVID-19 at a press conference Wednesday.

This comes after Northam implemented new restrictions to manage the disease’s spread late last Friday, including a limit on social gatherings to 25 people and a requirement that alcohol sales end at 10 p.m. He praised the efforts of citizens in keeping the state’s spread low, Virginia has the fourth lowest number of cases per capita, but said he implemented the new restrictions to ensure that continues.

“While we’re doing well compared to other states, we’re also seeing greater spread of this virus,” he said. “I do not intend to wait for things to get worse before taking action.”

Northam noted that similar limitations were effective in Eastern Virginia over the summer.

He did not rule out the possibility of additional restrictions, including a potential travel ban, and reiterated that with the holiday season only a week away, Virginians should avoid gathering with extended family.

One gathering not affected by the new measures: children attending schools. Currently, the state is providing little guidance to school districts on how to safely educate children, something the governor said allows districts to set policies reflecting their local situation.

“We have a diverse commonwealth, no one size fits all,” he said. “What may be good for one area of Virginia is not necessarily good for another. So I’ve given them that discretion.”

“All of these things were quite prepared for, have a very detailed, granular plan for how to deal with this, and are really excited about launching into it,” Oliver said.

Last week was another new peak for the state, with an average of 1,761 new cases per day. Northam noted that even with the new restrictions, mask wearing and social distancing remain paramount to minimizing the disease’s impact.