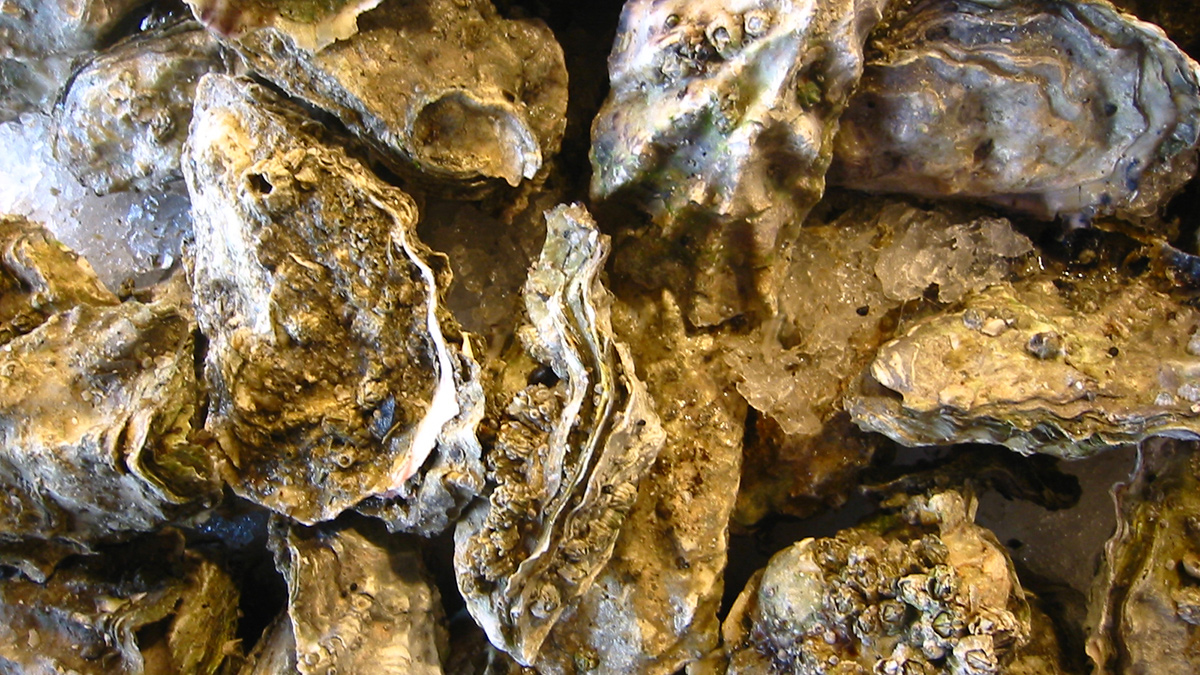 Photo by Jeremy Keith/Flikr. Oyster farmers have sued the city of Suffolk and the Hampton Road Sanitation District over pollution into the Nansemond River.

The Virginia Supreme Court is expected to soon rule on a lawsuit oyster farmers filed against the city of Suffolk and the Hampton Roads Sanitation District. The case highlights water pollution problems in the Nansemond River.

The farmers lease state-owned portions of the waterway to grow their oysters. They say the Nansemond River has historically been fertile ground for oyster cultivation. Freshwater from downstream mixing with saltwater from the Chesapeake Bay creates an estuarine-effect ideal for oysters, said Robert Johnson, one of the oyster growers and plaintiffs.

But in recent years, the Virginia Department of Health has closed off oyster harvesting in parts of the river due to high bacteria levels. The farmers say the closures are costing them money.

They attribute the high bacteria amounts to untreated stormwater and sewage pollution in the river and blame Suffolk and the Hampton Roads Sanitation District, which manage the sewage system.

“If you went to your office one day and there was a sign on the door that said, ‘There’s no work for you and we’ll let you know when it is.’ You can imagine trying to take care of your family. And that’s sort of what we face,” Johnson said.

According to the nonprofit Nansemond River Preservation Alliance, bacteria levels in the waterway have risen in recent years. Steve Barnum, the chairman of the alliance, said the increases could stem from multiple factors including stormwater runoff, leaking septic systems and people not picking up dog waste.

Barnum said additional development around Suffolk could also be stressing the wastewater system and causing pollution.

“There’s a building boom going on in Suffolk,” he said. “Before you start putting in these large developments or increased population, you gotta have the infrastructure to support it that keeps the river clean.”

Sewage pollution can occur when heavy rains overwhelm wastewater systems, causing sewage to overflow into nearby water bodies. In Suffolk, one recent discharge event in September released about 2.5 million gallons of raw sewage into the Nansemond River, according to HRSD.

In response, the Virginia Department of Health shut down harvesting at many of Johnson’s oyster beds for a few weeks until water quality in the river improved.

HRSD and the city of Suffolk have been under consent decrees for previous violations of clean water laws. HRSD says it plans to replace old pipes and pump stations that have allowed for the sewage overflows.

In their lawsuit, which was originally filed in 2018, oyster farmers say the sewage discharges into the river and the subsequent closures of their leased harvest areas amount to property damage. They seek compensation from Suffolk and HRSD.

After a hearing last year, a Suffolk Circuit Court judge dismissed the lawsuit, saying a 1919 U.S. Supreme Court case ruled that an oyster bed lessee’s right to use a river for their oysters is “subordinate” to localities’ right to pollute waterways.

But the oystermen appealed to the Virginia Supreme Court, arguing the 1919 case is obsolete and predates many environmental laws and clean water protections.

“How do you defend in 2020 the right to pollute our rivers?” said property rights attorney Joe Waldo, who’s representing the oyster farmers. “I feel like there’s great hope for these oystermen to prevail in the case.”

The Hampton Roads Sanitation District and Suffolk dispute that they’ve committed wrongdoing. Chris Pomeroy, an attorney for HRSD, said the wastewater authority has made progress cleaning up waterways. He added oyster ground leases have always been made subject to the risk of pollution.

“There’s never been a right to a certain water quality that’s been assigned with the leases,” Pomeroy said. “But that’s a right that the plaintiffs here are looking to inject into the leases by a reinterpretation in the Supreme Court.”

If the Virginia Supreme Court rules the oystermen have a right to clean water, Waldo said, the case would go back to a local court where the plaintiffs would then have to prove that the sewage overflows directly affected their oyster harvests.