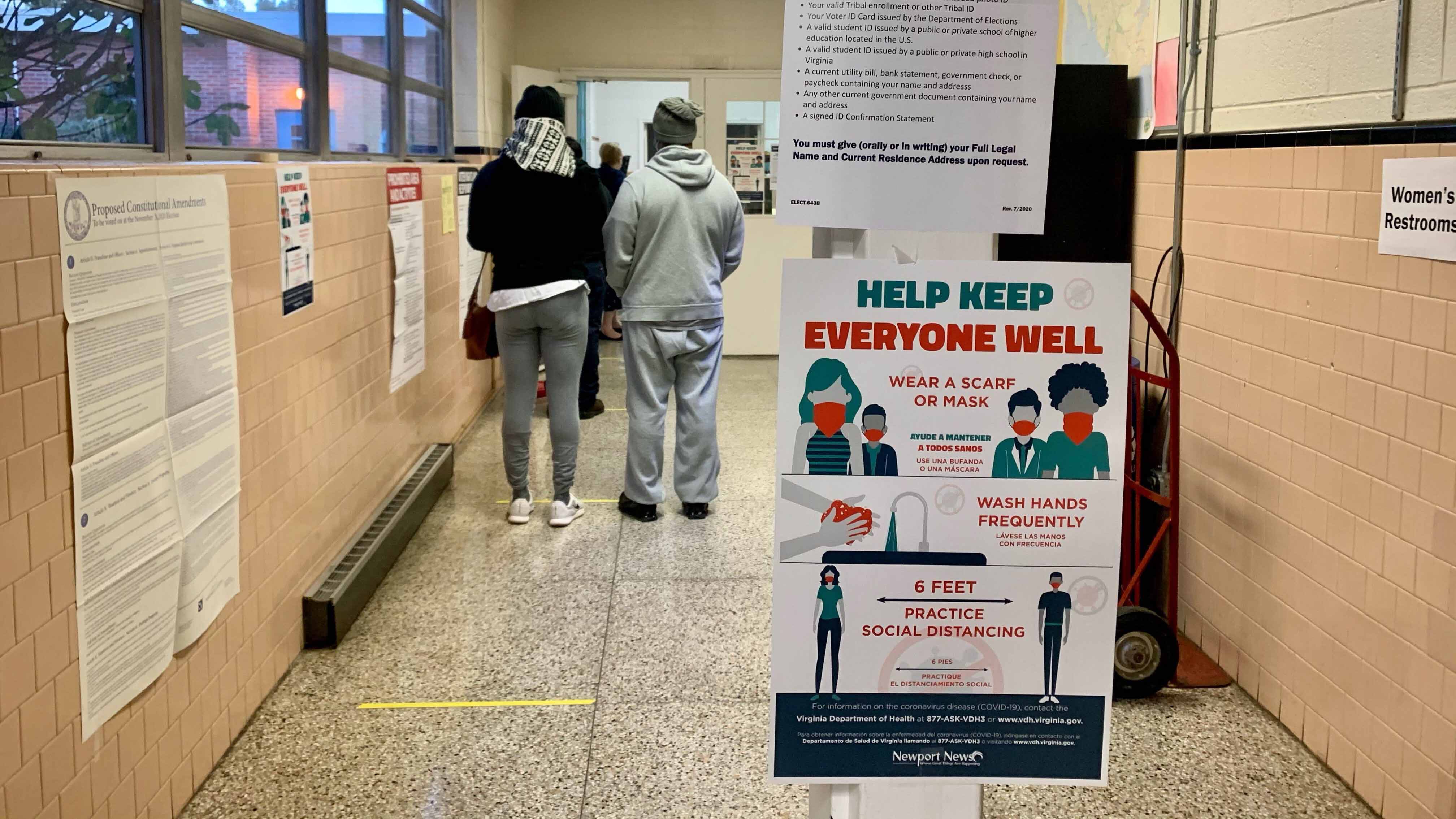 For comparison, 40% of white female voters and 68% of Latina voters made the same choice.

Rebecca Bromley-Trujillo, research lab director at Christopher Newport University’s Wason Center for Public Policy, talked with WHRO Public Media about why that may have happened.

This conversation has been edited for clarity.

Mechelle Hankerson: Rebecca, thanks for talking with us. Can you tell us what the significance of the high voter turnout among Black women during this election?

Rebecca Bromley-Trujillo: I mean, not only did  Black women come out in droves to support Biden, they also did a lot of organizing in key cities and states across the nation that went to Biden. And so this is a pretty consequential to his victory.

MH: How does that compare to the participation, interest, turnout of Black female voters in past elections?

RBT: In 2016, the Black voter turnout was lower overall. But Black women did support Hillary Clinton, at least it appears in exit polls, a little bit at a higher rate than they did Joe Biden. But in terms of their turnout, levels was significantly higher this time around. And if we look back at the last 5 years or so, Black women had the highest voter turnout rate in 2008 and in 2012 as a group.

MH: What sorts of things may have influenced Black women's decisions at the polls this year?

RBT: There's a lot here. The Black community in general, but Black women in particular, had a lot at stake in this election. In this case, the differences between the candidates could not have been more stark, I would say, between President Trump and Joe Biden. And so there was a sense of urgency.

I would say that in 201 then-candidate Trump was a little bit less of a known quantity. Certainly, he made some remarks that were not favorable at all to the Black community at that time. But you know, he's had time in office to really demonstrate his views towards the Black community and his views on things like racial justice.

MH: What are some examples of some of the things that President Trump did that may have turned off black women voters?

RBT: President Trump has certainly a history of saying negative things about Black women. Saying that Black women are low IQ, or, you know, certain individuals are low IQ. And he uses this term a lot for the Black community. Also the way that he characterize the racial justice movement, and the protests that were happening around the incidents that following the killings of George Floyd and Breonna Taylor, he certainly was not on the side of the Black community and painted the Black community as pretty aggressive, and talked about the protest as riots rather than as protests.

MH: Joe Biden received some critique during the Democratic primary that said he wasn't progressive enough. How does that message land with black women?

RBT: What I have heard when I listen to the Black community on these issues is that they felt he was the pragmatic choice, that he was the least risky in terms of putting him up against President Trump. And the primary concern at the time among the Black community is that they need to defeat President Trump. And so again, he's kind of seen as the safer choice.

Certainly, many members of the Black community do not like some of the things Joe Biden has in his past. You know, the crime bill certainly came up a lot. And this is highly relevant to the Black community. But you know, a lot of Black women in particular are certainly very progressive and probably more progressive than Biden is, but they want to move forward. They want more assurance that somebody will beat Trump and move them forward in the direction they want to go.