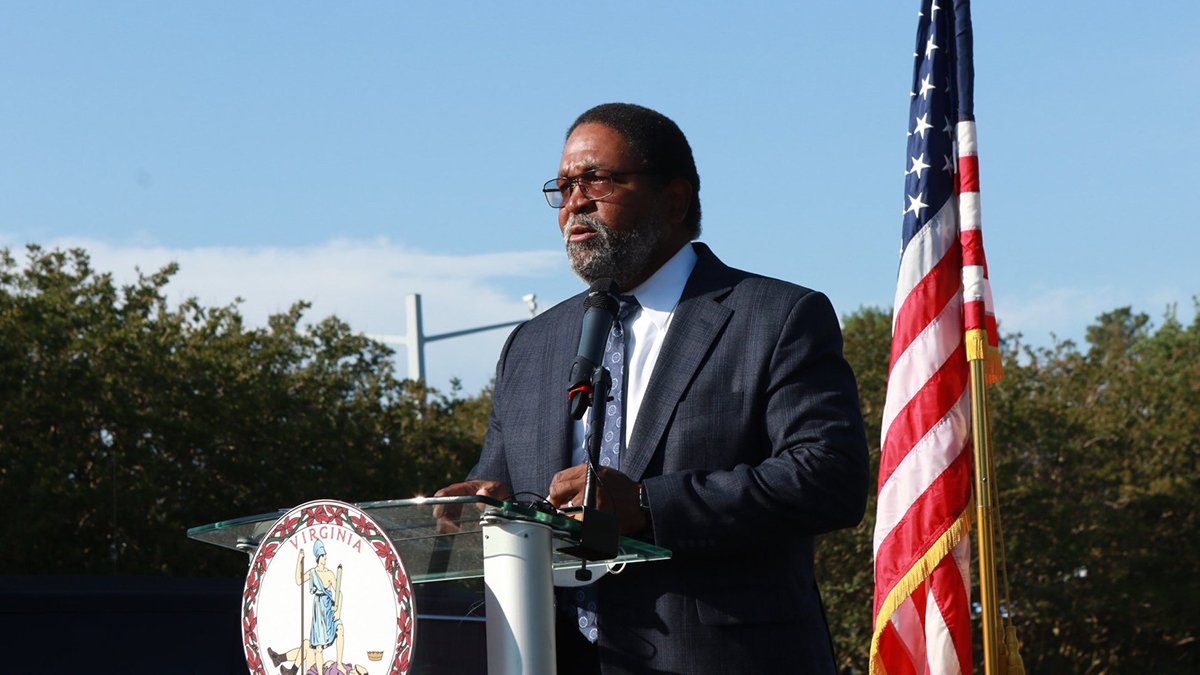 From Delegate Joe Lindsey's Facebook page. Lindsey has represented parts of Norfolk and Virginia Beach since 2014. Here he is participating in a kickoff event earlier this summer in Virginia Beach for future wind energy projects.

When Norfolk Delegate Joe Lindsey was approached to run for the 90th House of Delegates district in 2013, he had an immediate answer.

“Not only no, hell no, I will never take that job," he said during a floor session Monday.

"That was seven years ago. I’ve been so very glad that my first thought was not my ending thought."

Lindsey will resign from his legislative seat to take an appointment as a judge in the Norfolk General District Court.

"It was my greatest professional honor to realize that the entire Hampton Roads delegation, Democrats and Republicans, Senators and Delegates, had privately determined that I was their recommended choice to fill the vacancy on the Norfolk General District Court," Lindsey wrote in a statement.

"Today I was thrilled beyond measure to find out that the judges of the Norfolk Circuit Court acted favorably upon that recommendation. It is my hope that I will be able to pull from my 16 year tenure as a former substitute judge to do the job well."

It means his district, which includes parts of Norfolk and northwest Virginia Beach, will hold a special election to fill his seat. A date for that isn't set yet.

Lindsey started his legislative career during a 2014 special session. He's ending it during another special session, Fairfax Del. Rip Sullivan pointed out.

Lindsey recently served on the Courts of Justice committee with Sullivan. He was a member of the House Finance and Commerce and Labor Committees. He also chaired the Privileges and Elections Committee, which played a key role in passing voter access laws.

"When you think about all the incredible work you did this past session and the consequential votes  -- quite a legacy," Speaker of the House Eileen Filler-Corn said. "We will miss you."

Lindsey thanked colleagues who supported his ideas and extended gratitude to those who didn't.

A special election date hasn't been set yet. The General Assembly can begin its regular 2021 session in early January without Lindsey's replacement.