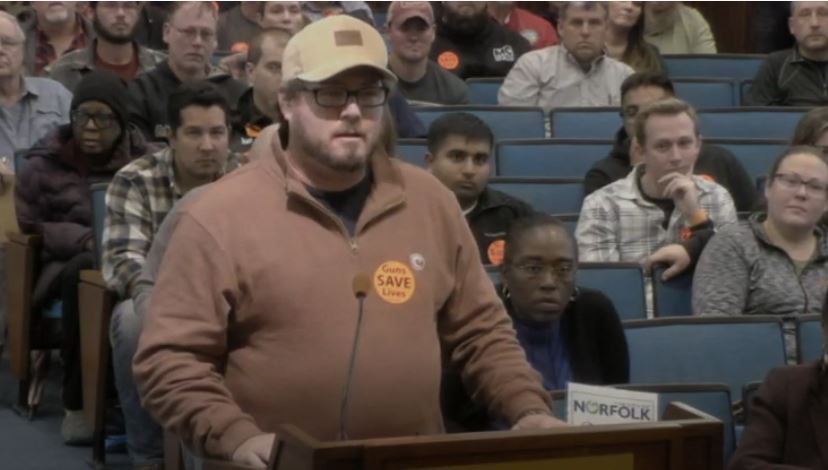 Norfolk Republicans want voters to decide if the city should pass its own local gun laws.

The party was in the process of collecting signatures to get a referendum on a local ballot on whether Norfolk should be a Second Amendment Sancutuary City, a symbolic title created by the Virginia Citizens Defense League.

The VCDL lobbies against gun control measures and has been successful in getting dozens of cities, towns and counties around the state to adopt symbolic resolutions that say elected officials will protect Second Amendment Rights.

But those resolutions aren't binding and local leaders can ignore them when creating laws. That's why the Norfolk Republican Party wants to take the issue to the ballot.

Interest in passing such resolutions spiked after the Democratic majority in the General Assembly passed a suite of gun control laws. Some gave localities more power to implement gun restrictions.

Newport News, for example, passed an ordinance that bans openly carrying guns on some public property.

If Norfolk adopted voted for the referendum as the local Republican Party wants, their city couldn't do what Newport News did.

The party has hit one major hiccup in its effort: the COVID-19 pandemic.

To get a referendum on the ballot, the group behind the referendum (in this case, the Norfolk Republicans) has 120 days to gather signatures that equal 25% of the total number of people who voted in the last election.

For Norfolk Republicans' measure, that comes to 1,250 signatures.

The group was on its way to reaching that number when the pandemic thwarted their efforts. They have since asked a judge to give them more time to get the right number of signatures.

Brown said he expects a decision on that soon.

At a party meeting Tuesday night, Brown talked about how in the past, Norfolk's elected officials have been largely unsupportive about the idea of becoming a Second Amendment Sanctuary City. Putting it on the ballot means they have to address it, he said.

The issue most recently came up at a December City Council meeting. Several people spoke in favor of adopting the Second Amendment sanctuary ordinance.

The council didn't take up the issue because it wasn't on the agenda.