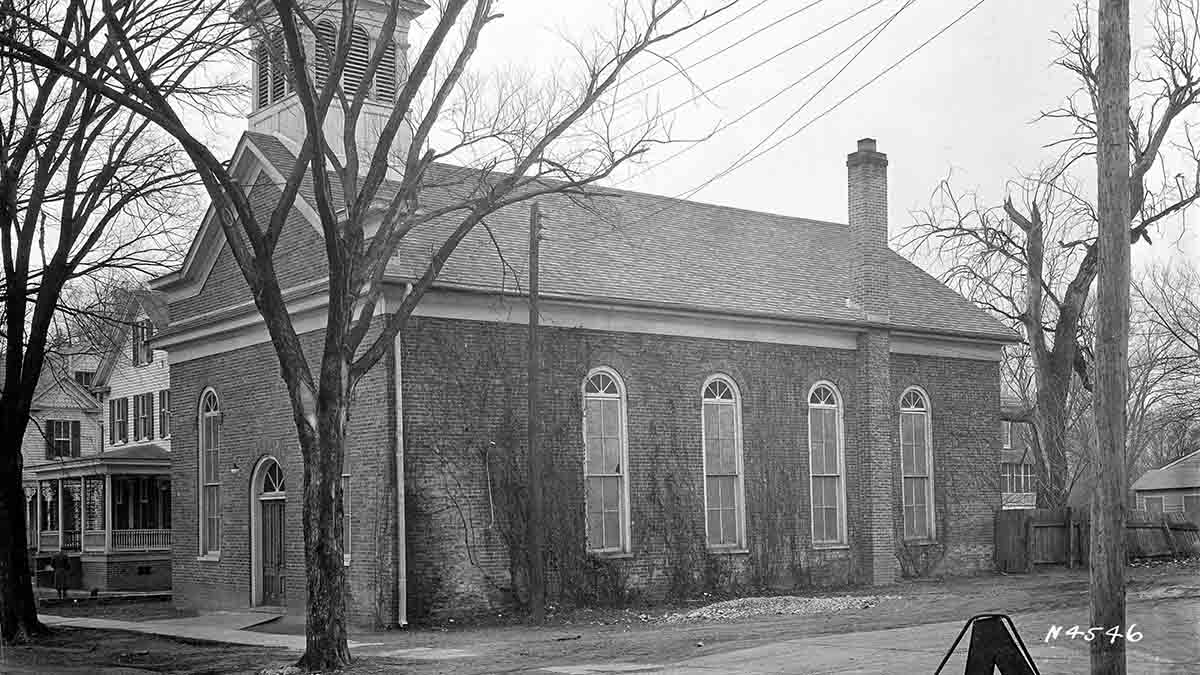 'We Were Here, We Counted, We Mattered': A Historic Black Church Rediscovers Its Roots In Colonial Williamsburg

The corner of Francis and Nassau streets in Colonial Williamsburg was most recently a parking lot.

Now, it’s covered in hay with squares dug out into the ground. William and Mary graduate students and Colonial Williamsburg archaeological staff are looking for remnants of the one the oldest Black churches from the colonial era.

For a few more weeks, Colonial Williamsburg archaeological staff will dig, looking for the brick foundation of the First Baptist Church or other items that show how people worshipped.

“There's a story to be told, and it's a hopeful story,” said Connie Harshaw, a current member of First Baptist. She’s also president of the Let Freedom Ring Foundation, which works to preserve and share the church’s history.

The church currently uses a building less than a mile away from its original site.

“You know, we got pain. We know that. The church is still a functioning congregation today. That in and of itself is a miracle,” she said.

Free and enslaved Black people formed the First Baptist Church formed in 1776, the same year the 13 colonies signed the Declaration of Independence.

The congregation met outside of Williamsburg in secret. In 1781, the church was accepted into a Baptist association under Rev. Gowan Pamphlet. A member of a white land-owning family offered the church a carriage house in Williamsburg, at the corner of Nassau and Francis streets, for the church’s use.

More than 500 congregants - many enslaved people - gathered there each week. Many had to walk 30 ways both ways to make it, Harshaw said.

An application to put the church on the state historic register says the history of First Baptist is "remarkable given the obstacles it faced." The application was approved in 2017.

At one point, the church was required to have a white minister following Nat Turner's rebellion in Southampton County.

During Reconstruction, First Baptist became home to a school for Black residents of Williamsburg and surrounding areas. Around that time, the church's Rev. John Dawson served in the state senate.

In more modern history, Martin Luther King, Jr. spoke at the church during the Civil Rights Movement. Rosa Parks visited the church in 1995, marking 40 years after her bus protest.

And in 2016, after restoring a brass bell that lived at the Nassau Street site, President Barack Obama rang the bell at the opening of the National Museum of African American History and Culture in Washington D.C.

The church building moved in the 1950s, when the Colonial Williamsburg foundation bought the site in an attempt to fulfill a long-term plan to turn the area into a historic replica of the colonial capital.

Once the old church site was purchased, there was a community meeting to vote on what to do with the land. The meeting was held at a school open only to white people, Harshaw said.

“In that meeting, there was no representation from the African American community because we weren't allowed in the building,” she said. “So how did they think the vote was going to come out?”

The site became a parking lot.

First Baptist Church in Williamsburg currently exists less than a mile from its original placement.

Visitors to Colonial Williamsburg would be hard-pressed to find activities and exhibits about Black people, unless it’s focused on slavery.

It’s evolved over the years, but there are still only a handful of named, prominent Black historic figures portrayed by re-enactors in the area.

One of them is James Ingram, who plays Rev. Gowan Pamphlet. Pamphlet, a free man in the time portrayed by Ingram, was one of the first reverends of First Baptist.

Having the church involved with the archaeological dig and research could address long-standing negative attitudes toward white institutions in Colonial Williamsburg, he said.

“There's some still some raw feelings of people in the community. And I think this symbol will help like medicine, to heal the souls and the wounds."

Harshaw hopes that when the archaeological dig is done, the church can return to its first home.

A descendant of the church’s older congregation told Harshaw it doesn’t matter if anything ever gets built.

“He said ‘I don't care if they don't find anything. But just the fact that they acknowledge that we were here, we counted, we mattered,’” she said.