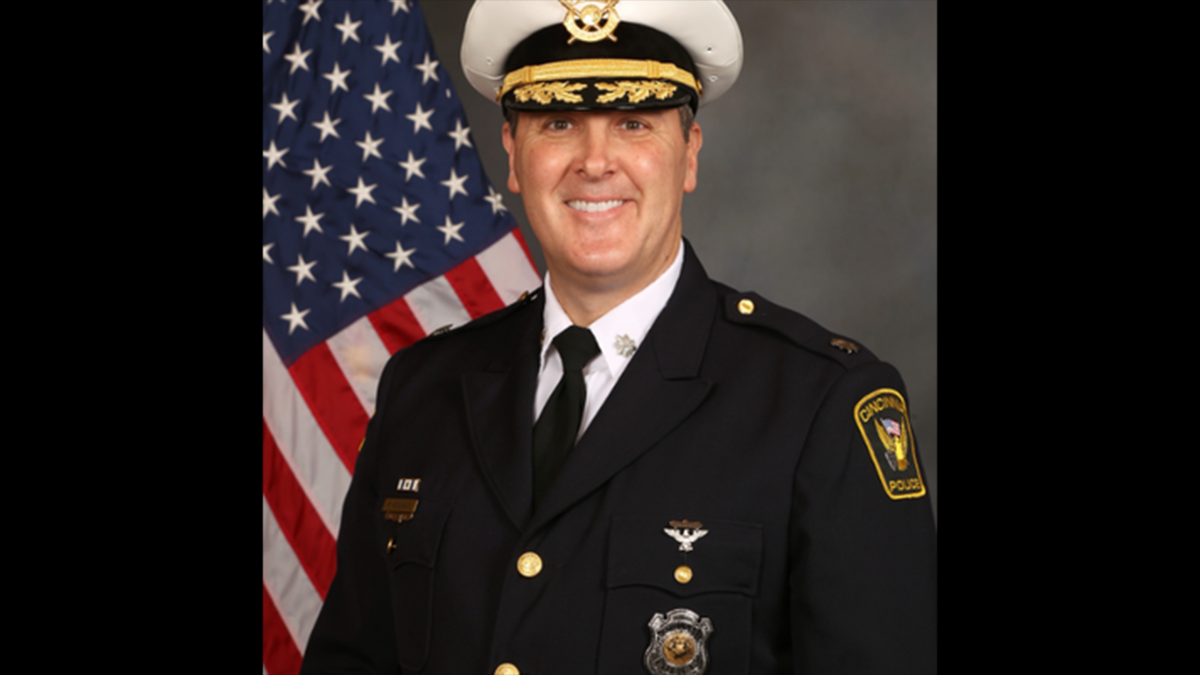 Photo via Twitter. Paul Neudigate will start his job in Virginia Beach Oct. 14.

New city manager Patrick Duhaney, also from Cincinnati, made the appointment. Neudigate was in the running for the job before Duhaney was hired.

"In addition to City staff, we involved several area law enforcement executives on the interview panels," Duhaney said in a statement. "Paul emerged as the consensus decision and I am confident he will serve the VBPD and this community as effectively as he has served Cincinnati."

"I am deeply humbled and honored to be selected as next police chief for the City of Virginia Beach," he said in a press release. "The police department is well-regarded nationally and I know that comes from strong leadership, principled officers and experienced support staff who make it their mission to serve the community effectively and professionally."

Along with accolades related to gun violence prevention programs in his 30-year career, Neudigate oversaw enforcement during large events, like NFL games and festivals.

It's an experience that should come in handy in Virginia Beach. In recent years, there's been a renewed focus on crowd control at the Oceanfront, especially during holiday weekends.

The city noted Neudigate's success in leading Cincinnati to "significant" declines in shootings and double-digit reductions in property and violent crimes.

Virginia Beach has seen drops in violent crimes for several consecutive years, according to the police department's annual reports. Property crime was declining, but spiked slightly in 2019.

Overall crime was also decreasing for three years straight, but went up in 2019.

The police chief appointment was one of the biggest decisions that awaited the new city manager.

Former Chief Jim Cervera turned 65 years old this past April, and following city policy regarding retirement ages in the police department, had to retire.

Neudigate is taking his post at a time when tensions between civilians and police can be high. Virginia Beach has mostly avoided large, violent clashes.

Before Duhaney took his position, he said he wanted a police chief that was willing to work with the community.

"We have to evaluate our policing procedures to ensure that we're doing it in a way at the community supports and is on board with in terms of how we police them," Duhaney told reporters in June.

Neudigate's first few weeks on the job will be spent listening, he told local press during a conference call Tuesday.

He has plans to reach out to BLM757 organizers and other activists, who have led protests through the summer. Most have been peaceful, with a few police skirmishes.

"I really think it's incumbent on all police departments to reach out and step out of their comfort zones," Neudigate said.

Neudigate will be leading the police department in the state's largest city at a time when lawmakers are working on police reform.

But Neudigate said he doesn't want to be a part of the politics.

"This is an apolitical position and as police officers, we have to struggle to stay apolitical," he said. "It's important for us to stay out of the political fray."

Virginia senators recently sent a sweeping police reform bill to the House of Delegates. Among other things, it would ban some no-knock warrants (the practice that police used during the killing of Breonna Taylor in Louisville) and create a statewide code of conduct for police.