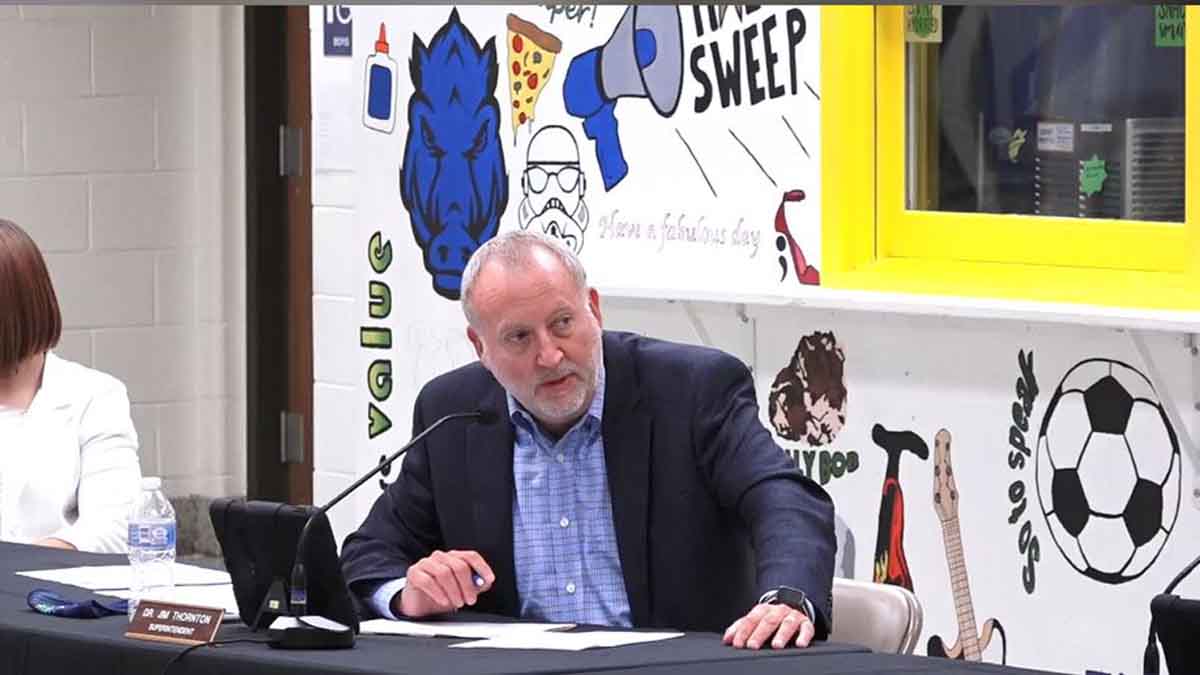 Photo from Facebook. Isle of Wight Superintendent Jim Thornton said education costs more than ever to protect staff and students from the coronavirus.

Isle of Wight is headed toward a $1.8 million shortfall and subsequent furloughs if the General Assembly doesn't keep education funding steady, Superintendent Jim Thornton told the school board last night.

"The next reality is I am going to have to start compiling a list of who I'm going to furlough. Who am I going to furlough? I'm already not filling positions," he said. "I have to do that because I can't overspend a budget."

School funding has long been a political issue in the General Assembly. Virginia’s constitution says the state is supposed to fully fund the public education system.

Advocates have said that hasn’t been the case since the Great Recession.

The state determines how much it will give to school divisions based on a number of factors, including enrollment, property values and sales tax revenue.

Generally, the more students, the more money localities get from the state.

But some parents have chosen to take their children out of public schools during the pandemic. That’s true in Isle of Wight.

A bill from state Republican senator Frank Ruff would have allowed localities to use last year’s enrollment numbers to keep education funding more stable for the current school year.

It was voted down in the Democratic-led Senate Finance committee.

Thornton said that decision could cause a crisis in his district.

"We did not cause a pandemic," he told the school board. "We have the same bills to pay and more bills to pay with all of the mitigations that we put in place."

He called out each of the Democratic senators who voted down Ruff's legislation, which included Sen. Louise Lucas, who represents part of Isle of Wight.

"I’m not going to be one of those superintendents who smiles at legislators who are not doing their job," he said. "What I'm saying is I don't care if you're a Democrat or Republican, you need to support K-12 education in this pandemic."

The General Assembly still has to finalize a state budget, which could include different mechanisms for education funding.

Isle of Wight schools is a member of the Hampton Roads Educational Telecommunications Association, which holds the license of WHRO Public Media.