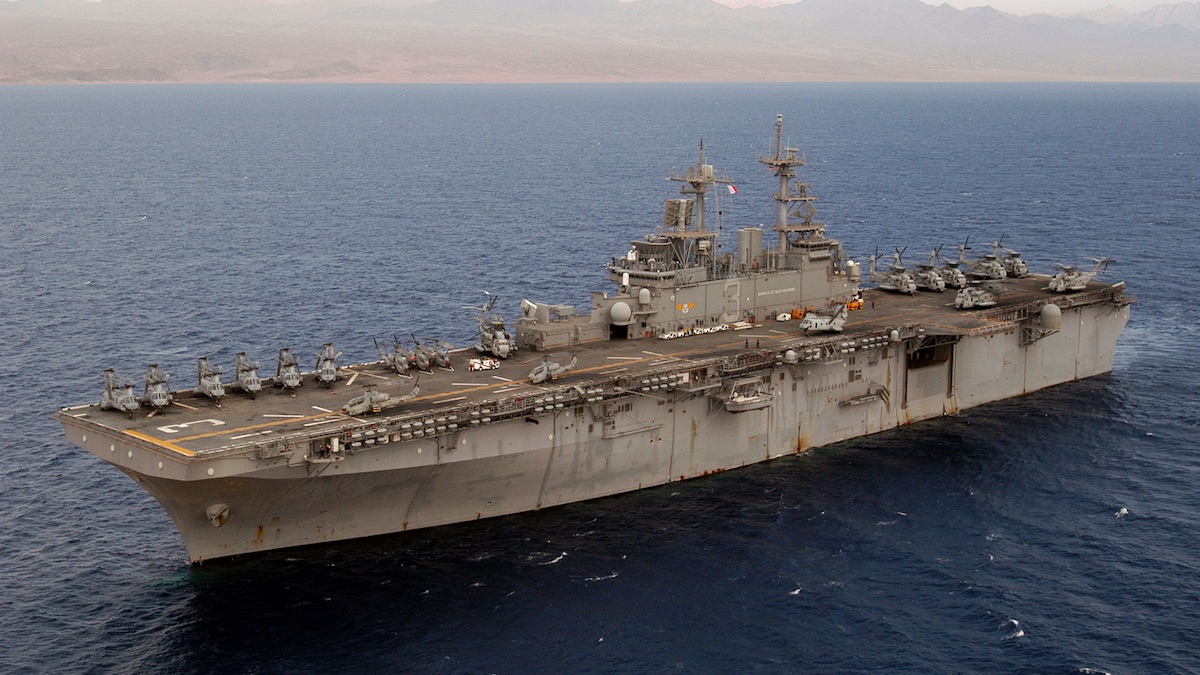 The USS Kearsarge in the Gulf of Aqaba in 2003. Photo by U.S. Navy/Photographer's Mate 3rd Class Jose E. Ponce

The July 12 fire on the USS Bonhomme Richard injured several dozed people, did significant damage to the interior of the amphibious assault ship and caused the Navy to launch an investigation. But two other fires hit closer to home that same month. A fire erupted on the USS Kearsarge in Norfolk and another fire took place on the USS John F. Kennedy in Newport News. Both of these Hampton Roads fires were fairly minor. But these kinds of dangers are a risk in normal maintenance.

"Fires are a constant worry for any ship, and every sailor is taught from their earliest days in the service that damage control is everyone’s responsibility," according to Megan Eckstein, writing for the US Naval Institute News. "However, that responsibility becomes more complex when a ship is in maintenance. Fewer sailors are typically aboard, and opportunities are greater to spark a fire from welding or other hot work."

Also, the ship itself is more vulnerable, according to Matt Phillips, a retired U.S. Navy surface warfare officer and consultant with WBB, Inc.

As the crew does its work, it can often elevate the risk.

"Sometimes they cut holes in the side of the ships or in decks to remove old equipment that won’t fit through the doors or install new equipment," Phillips said. "And so it becomes sort of this more vulnerable time even though it would seem like it would be much safer."

The paradox, he wrote in an article for War On The Rocks, is very much like the danger faced by a patient on an operating table, "whose risk of infection is astronomically higher while cut open by experienced, well-trained professionals, in an environment carefully and professionally prepared. The high risk is an accepted part of the procedure, and steps are taken to minimize the risk. Yet the risk remains."

Earlier this month, the U.S. Pacific Fleet commander appointed an investigator to look into the circumstances of the fire onboard the USS Bonhomme Richard.

According to Phillips, shipyard fires have broken out in the French, Russian, Chinese and Iranian navies in the past year.