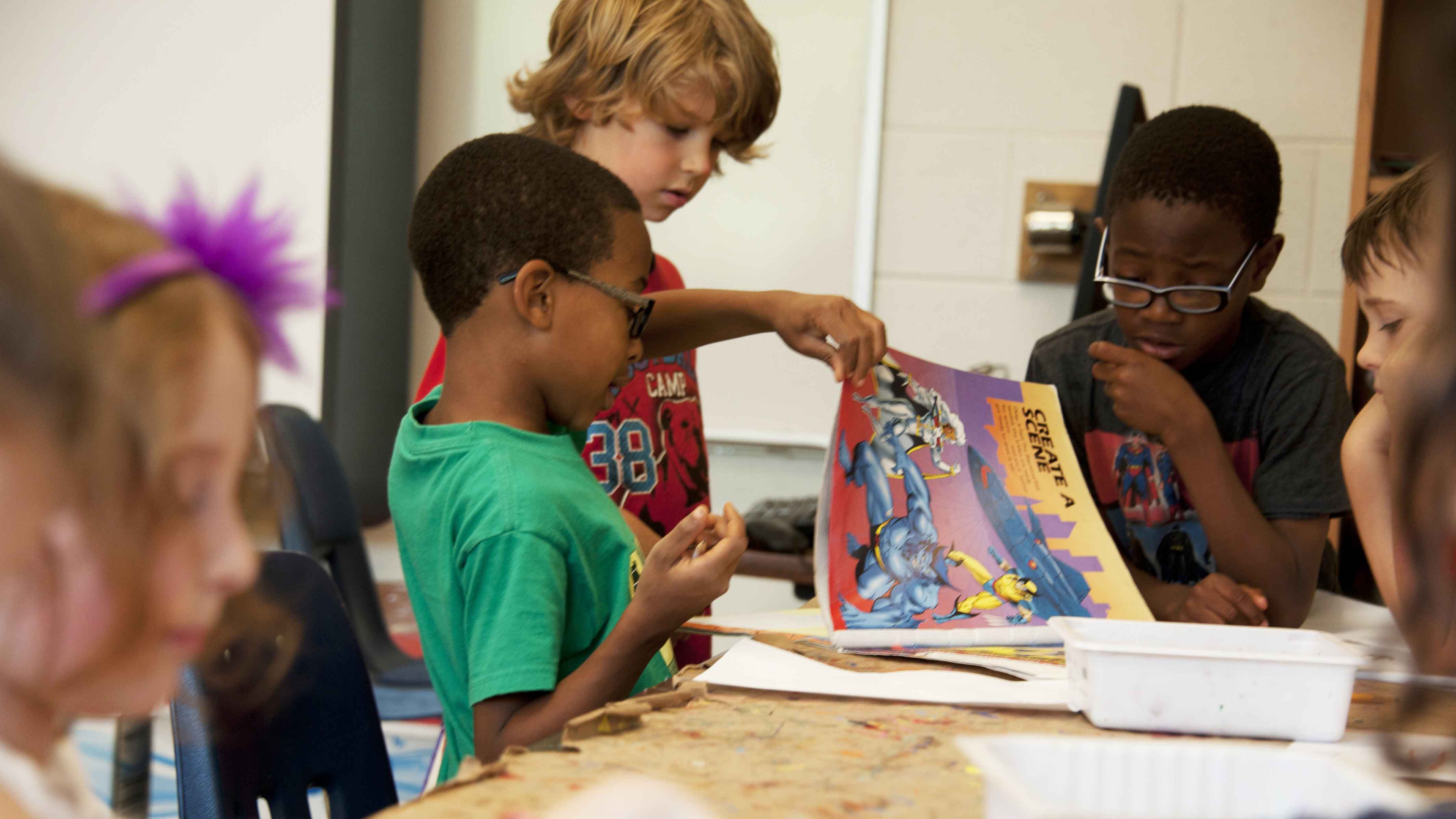 Photo from the Centers for Disease Control and Prevention via Unsplash.com. Education funding pays for instruction and other services children may need, like meal programs or technology.

There hasn’t been a day in Marcy McLeod’s 18-year tenure at Portsmouth’s Brighton Elementary that she’s been just a guidance counselor.

The school had 444 students in the most recent academic year. According to state standards adopted by the Board of Education, there should have been at least one more part-time counselor to help McLeod.

“It pulls you away from so many things because you're servicing more children,” she said. “They're pulling you for things that are not even in my job description. But you know, I do it because I love the children.”

The city could pay for more counselors, or teachers, or other needs, but some localities struggle to generate enough money to pay for everything their schools need.

In Virginia, a formula determines how much money the state will contribute to fulfill the standards of quality -- which lay out minimum requirements for staffing, programs and other benchmarks.

“That's problematic because it means they have to turn to the local property tax bases to fund their schools. And there's just wide ranges throughout the state in terms of local wealth,” said Chris Duncombe, a policy analyst at The Commonwealth Institute, a think tank based in Richmond.

“And oftentimes because of racist policies going back hundreds of years, you're seeing lower property values in many areas of the state that have higher concentrations of Black residents.”

In Portsmouth, and demographically similar districts, there's not enough local money to fill the gaps the lack of state funding creates.

A spokesperson for Portsmouth schools said the state's process doesn't impact the district any differently than others in that the state sends down "unfunded mandates, funding for capital improvements for school buildings (and) ... a fair share of lottery funds."

On paper, the state contributes more cash to Portsmouth schools than other districts in Hampton Roads. But it’s still not enough to pay for basic needs and the programs a district with a high proportion of low-income students needs to provide.

Portsmouth had to play catch-up when schools went virtual at the end of last academic year, said school board member Tamara Shewmake. Unlike some neighboring cities that already bought and distributed personal Chromebooks, Portsmouth didn't have that.

It's not just districts with large non-white populations that face challenges because of the funding mechanism. Rural districts, like those in on the Southside and Eastern Shore, face similar challenges.

Southampton and Accomack counties, as well as Portsmouth, contribute the lowest amount of local money to per-pupil funding, one way to measure school funding. The state contributes more dollars to those districts to keep the total per-pupil spending on par with other districts.

Surry County spends the most local money on students - $16,083 per student - meaning the state contributes a smaller amount.

At Brighton Elementary in Portsmouth, McLeod helps with anything, from testing to being the school’s medial designee when the nurse is out -- meaning she distributes prescription medicine and helps with bumps and bruises.

It leaves little time for the single job guidance counselors used to have, McLeod said.

Counselors like McLeod, in districts with high proportions of low-income students, are especially important because they serve students who may need more than just lessons. Children might require meal services or school technology to have academic success.

“A lot of times our families here can't afford an iPad or a Chromebook, or Wi-Fi, to further the child’s education or to assist in the children’s education,” Shewmake said. She is currently running for city council and campaigning on more money for schools.

Portsmouth's school board and city council had a long-running disagreement about local school funding that Shewmake says made it hard to direct more funds to education. They recently created a local formula to avoid future disagreements.

But that doesn’t address Shewmake’s other concern: Portsmouth’s ability to attract more business to get more local money for schools.

“Portsmouth is a jewel because of where we sit, but we get hit the hardest,” she said. “If (someone) lives in Portsmouth, but works in Virginia Beach, what do you think you want to do knowing you’re getting $2,000 a month toll bills? At some point we actually have to do something about the tolls.”

Portsmouth has considered a meals tax, but Shewmake doesn’t think taxing businesses that are already struggling because of the tolls should bear that burden.

Shewmake's ideas are focused on what her locality can do to bolster its schools. Duncombe said it's going to take a big state investment to address the problem.

“Improving the LCI [local composite index] can help,” he said. “But I don't think it will fix all the problems because we're still relying on these voluntary local contributions. And if school divisions don't go above and beyond, then they're not going to be able to fund essential services.”

A note of transparency: All school districts mentioned in this report are part of the Hampton Roads Educational Telecommunications Association, which holds WHRO's license.