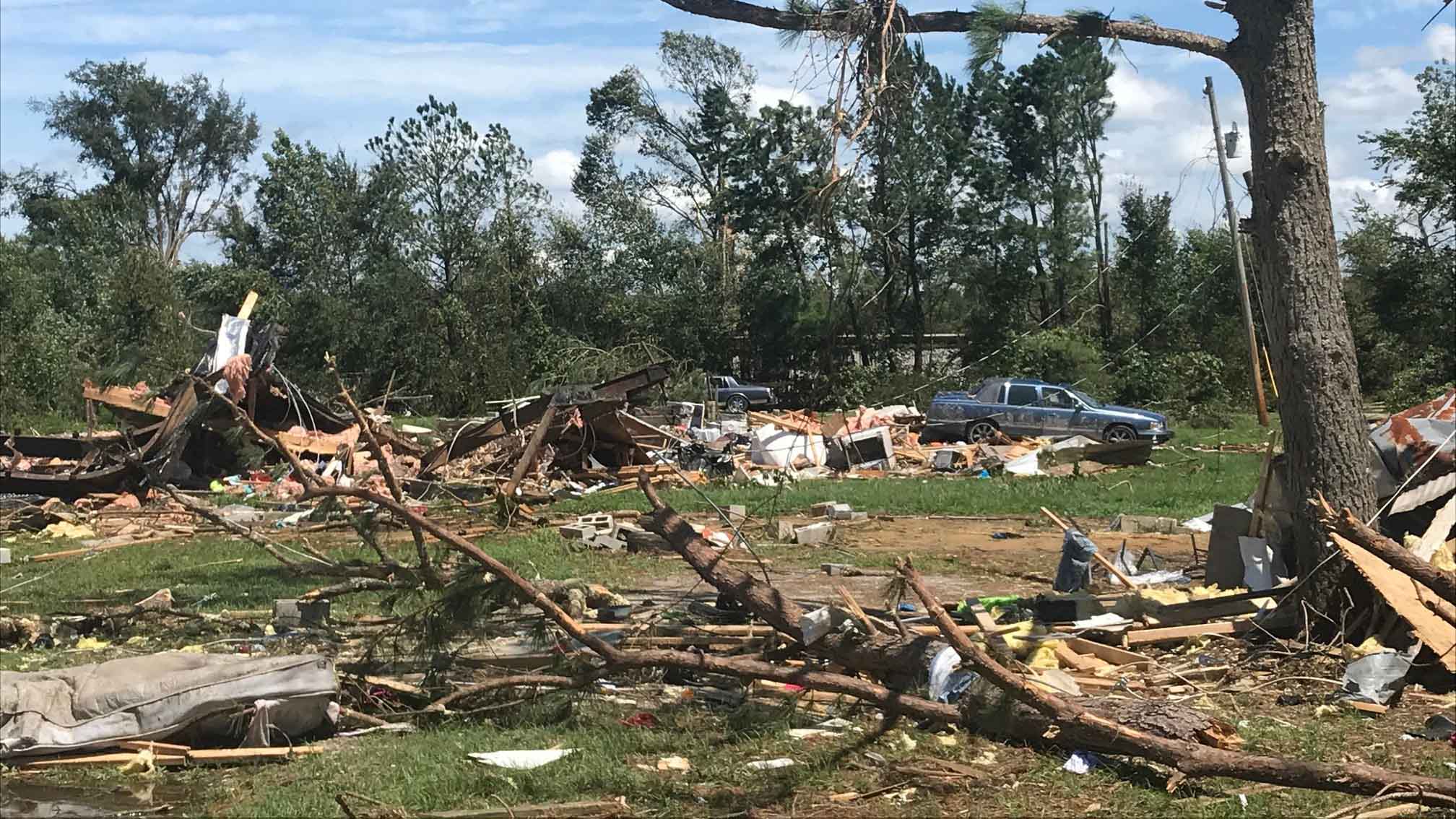 Photo courtesy of the North Carolina Department of Emergency Management. Most of the relief efforts related to Hurricane Isaias is focused in Bertie County, where a tornado damaged a mobile home community.

The unidentified adults were the only two fatalities connected to Hurricane Isaias reported in northeastern North Carolina.

In a state where 12% of all homes are mobile homes and close to 30% of the county's occupied housing stock are mobile homes, it begs the question: Would the residents of Cedar Landing have been safer during the storm if there were more affordable housing options?

"Unfortunately many of the homes are located in low-lying areas or in areas where they are exposed to what nature throws at it," said Brian Dabson, a housing policy research fellow at the University of North Carolina's School of Government. "So every time we get hurricanes or floods, the first folks who experienced the damage tend to be people who are living in mobile homes."

Materials used to build many mobile homes can't withstand the same kind of conditions as other homes, like the 140 mile-per-hour winds that came with last week's storm.

They are regulated, with rules about allowable materials and construction specifications. The federal government introduced regulations in 1975 and added to those in 1994. But anything that pre-dates those times isn't subject to the regulations, and some estimates say close to a third of the mobile homes in the country are that old.

Plus, the homes are affordable - usually for less than $100,000 - allowing people who may not be able to buy a traditional home to become a homeowner.

"For some folks, some undocumented folks, for example, a mobile home might be the only thing that they can get into," Atwood said. "They can't take out loans, they can't get financing. They're paying in cash."

In 2016, the Pew Research Center estimated there were 325,000 undocumented people living in North Carolina, one of the largest state populations in the country.

But mobile homes that were built before regulations are still on the market and aren't required to be updated. Owners who want to update and fortify their homes on their own face financing challenges, because many mobile homes are considered personal property, not real estate. It means owners can't access favorable financing programs and terms owners of traditional homes can get.

"When people have a lack of housing units that they can turn to, they're going to turn to situations that are not quite as safe, whether that's overcrowding or living in conditions that are not not being well maintained," Atwood said.

Solving the problem isn't easy. For people who have to live in mobile homes because of finances, the solution is to create more affordable housing, Dabsen said.

But for people who want to live in mobile homes -- some people do this to preserve ownership of heir property, Atwood said -- making it safe for them is more complicated.

"There are multiple legal and environmental, planning, engineering issues involved. Nobody really has responsibility for this," Dabson said. "It continually falls through the cracks. Even though we all wring our hands ... nobody actually does anything about it."