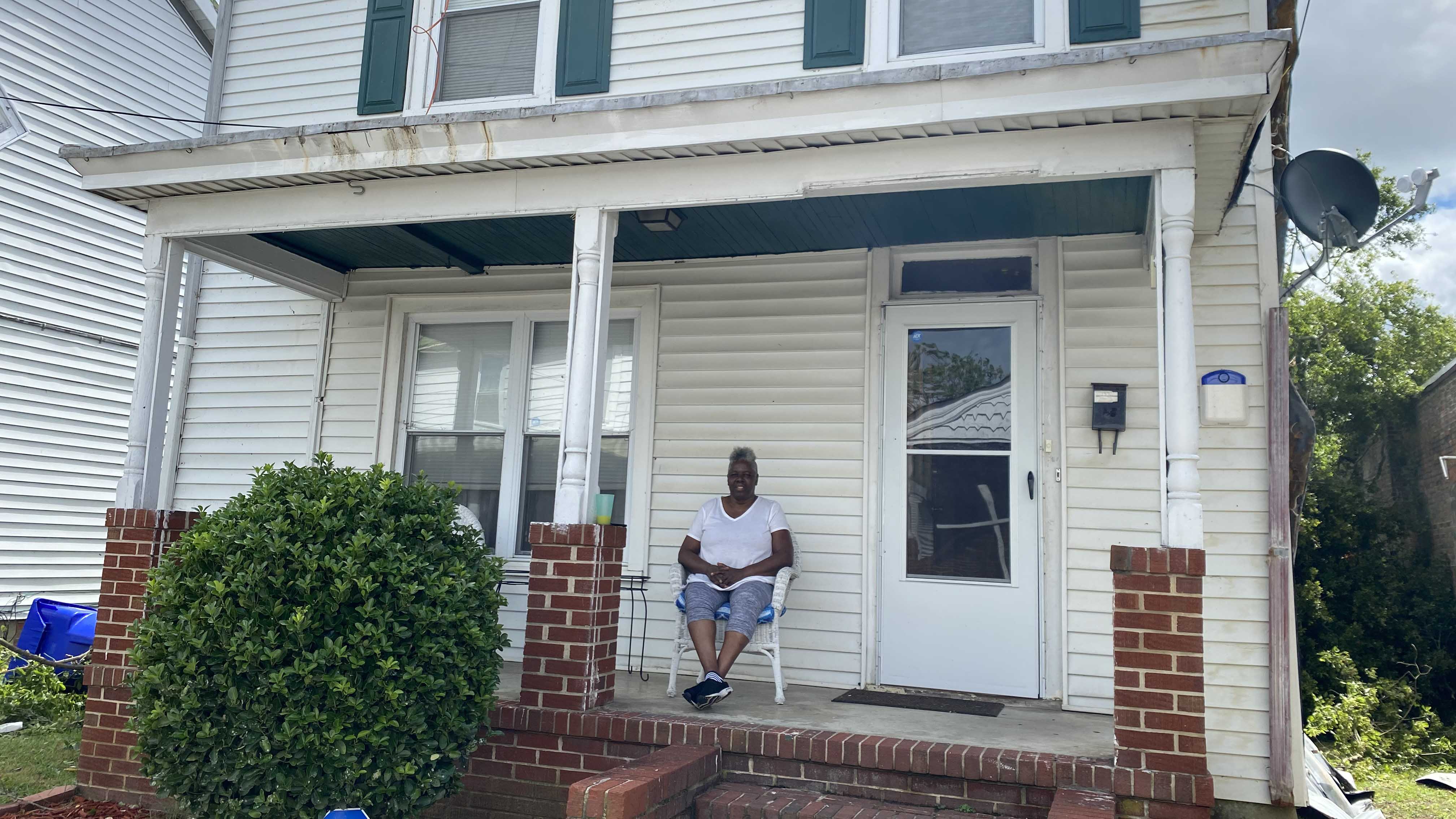 Photo by Mechelle Hankerson. Trees covered the backyard of Maryann Brown's Suffolk home following Tropical Storm Isaias and the potential tornado that touched down in the city.

“I Know God Had His Hand On Me”: Suffolk Reports No Injuries Following Tornado And Tropical Storm

Maryann Brown prayed to find the house like the one she lives in now in downtown Suffolk.

She wanted a backyard and a porch -- homes in New Jersey where she spent her adult years didn’t have them.

She found a white, two-story home across the street from the church she attended as a child in Suffolk.

“I always tell people God got this home for me,” she said. “This is just what I prayed for. Just what I wanted.”

Brown’s dream home protected her early Tuesday morning when Tropical Storm Isaias hit the region. With it came several possible tornadoes, including one in downtown Suffolk.

Brown heard it sometime around 3 a.m.

“I heard this thing that sounded like a train,” she said. “By the time I got to my bedroom door, the house was shaking and I heard it crumbling and crackling.”

Brown and her cat are safe and waited out the tornado downstairs. Part of her roof was ripped off, exposing her attic. Several trees fell in her backyard, with one falling just inches from her home.

“I know he had his hand on me,” she said, referring to God. “Cause it came down on my house. I heard it. I felt it. I know God has his hand on me.”

Brown said her landlord checked on the damage on Tuesday morning. She said she isn’t worried about it getting fixed.

According to Census data, downtown Suffolk’s residences are mostly occupied by renters. Many of the residents in the area are Black.

Suffolk officials still don’t know how much damage the tornado did across the city, spokesperson Diana Klink said.

The city expects to have a better sense in the coming days.

Officials do know it pales in comparison to the 2008 tornado that injured hundreds of Suffolk residents.

As of Tuesday afternoon, there were no injuries reported in Suffolk related to Isaias, Klink said.

In addition to tornadoes, there were reported wind gusts up to 74 miles per hour early Tuesday, according to preliminary storm reports from the National Weather Service.