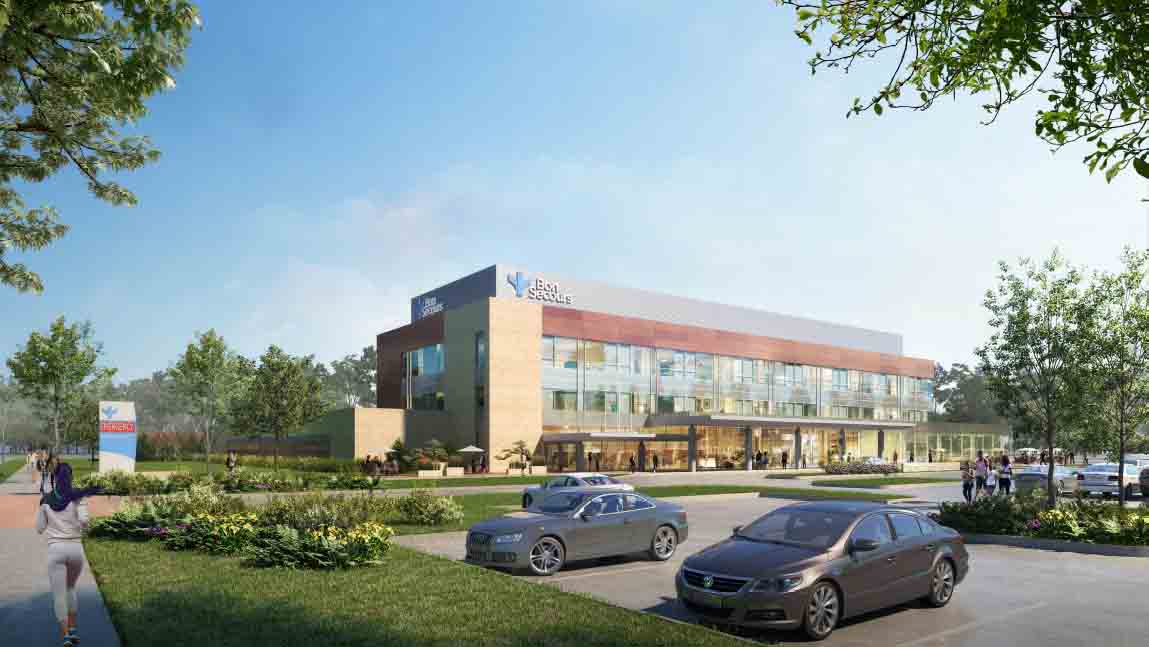 Photo courtesy of Bon Secours. The future hospital at Harbour View in Suffolk was approved by state regulators in 2018. Now the hospital wants permission to add more patient beds.

Bon Secours wants to move 36 beds from its DePaul Medical Center in Norfolk to a future hospital at its Harbour View campus in Suffolk.

The change will “better meet the patients needs of the western Hampton Roads community,” a fact sheet about the relocation process stated.

According to the U.S. Census, Suffolk’s population has increased almost 9% since 2010. Of the seven main cities in the region, only Chesapeake had a larger population increase.

Bon Secours applied to build a hospital at its Harbour View medical campus in 2018. At that time, the company asked the state to move 18 beds from Maryview Medical Center in Portsmouth.

Patient capacity at hospitals is dictated by the process called Certificate of Public Need. Hospital systems have to apply to the state and make the case for the number of beds they want to put in a certain area.

Bon Secours expects a decision on the Norfolk part of the request in December.

In March, Bon Secours announced there wouldn’t be birth services at DePaul anymore. A private practice’s decision to stop delivering at the hospital caused widespread nurse resignations, and the hospital’s labor and delivery unit was no longer staffed to deliver babies safely, a hospital spokesperson wrote in an email to WHRO at the time.

It's unclear if the planned capacity in Suffolk is equal to the birthing capacity eliminated in Norfolk.