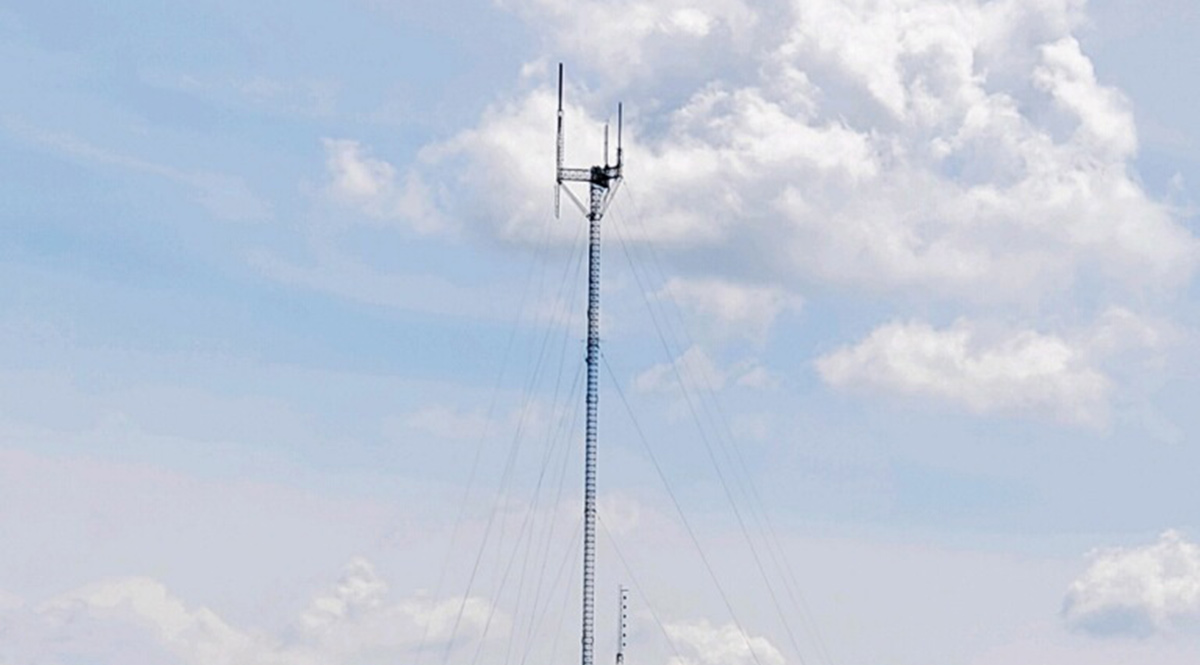 Photo by WHRO. The WHRO TV tower in Suffolk stands 1,265 feet tall. A helicopter made working on it much easier.

The Federal Communications Commission (FCC) has reassigned frequencies to more than 1,000 television stations across the country.

Several stations in Hampton Roads have made the switch, including WHRO TV-15. The reason for the change is to open up old television frequencies for new wireless services.

The project started 3 years ago, but WHRO’s switch just happened at midnight on July 3.

The station’s chief engineer, Glenn Hickman, has dealt with the project for years. It would have been completed in the spring, but the coronavirus pandemic created obstacles. The FCC added several weeks to the original timeline.

Hickman said one part of the project was accomplished more quickly by using a helicopter.

The helicopter was deployed to assist in replacing antennas that sit on the top of the station’s tower, 1,265 feet up.  By using a helicopter, Hickman said, “We can do about 8 to 10 weeks’ worth of tower work in one day.”

It’s been a big project for stations nationwide, but it’s a win-win situation for wireless companies and consumers, according to Jean Kiddoo, the chair of the Incentive Auction Taskforce of the FCC. The new availability of the old TV channels frees up space in the airwaves for high-speed wireless.

“American consumers need more and more broadband in their daily lives,” Kiddoo said. “This will enable those carriers to reach and penetrate rural areas much better.”

The auction of the frequencies to wireless carriers brought in around $19 billion to the FCC, and according to Kiddoo, about $7.3 billion of that went to the federal treasury for deficit reduction.

“Another win for the process,” Kiddoo said.

Another win might come for those who use an antenna for their TV. You have to rescan your TV now, which may reveal more channels than you had before.

Televisions connected to cable or satellite service are updated automatically.

To rescan, viewers will need to find “auto tune,” “program” or “rescan” in the “setup” menu of their TV or converter box remote control. For more information and tips on how to rescan, viewers can visit fcc.gov/TVrescan or call 1-888-CALLFCC (1-888-225-5322).