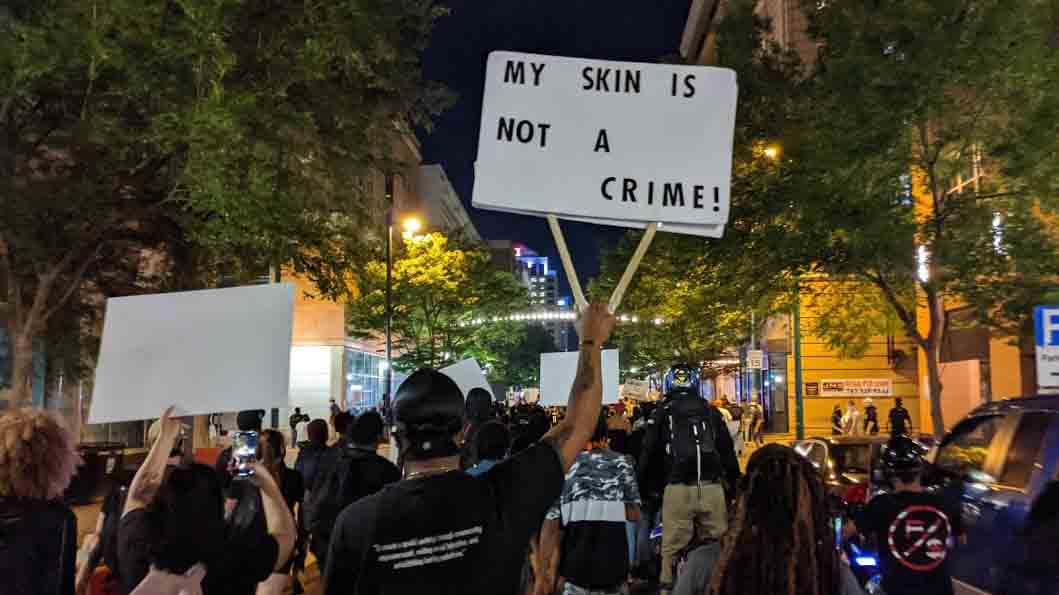 Thousands In Hampton Roads Are Marching For Racial Equality. Here's Why.

Recent protests in Hampton Roads and beyond were sparked by the death of George Floyd, but are not just about George Floyd.

As Martin Luther King Jr. said in 1967, riots are the language of the unheard. He then asked, “And what is it America has failed to hear?”

Protesters have said they’re seeking an end to systems that have kept black people and people of color less educated, less financially stable, with limited housing options and in fear for their lives.

That is the kindling of the protests going on today and George Floyd’s murder – as well as the murders of Emmett Till, Mike Brown, Trayvon Martin, Tamir Rice, Eric Garner, Freddie Gray, Marcus-David Peters, Breonna Taylor and countless others -- was the spark.

In our country, black people are endangered and offered fewer opportunities than their white peers.

WHRO Public Media is looking into the history, people and policies that have led us to this point.

A look at documented police violence and accountability standards in Hampton Roads.

Southeast Newport News, like many majority black communities, is still impacted by decades of formal and informal housing policy and practice that kept black people separate from white people.