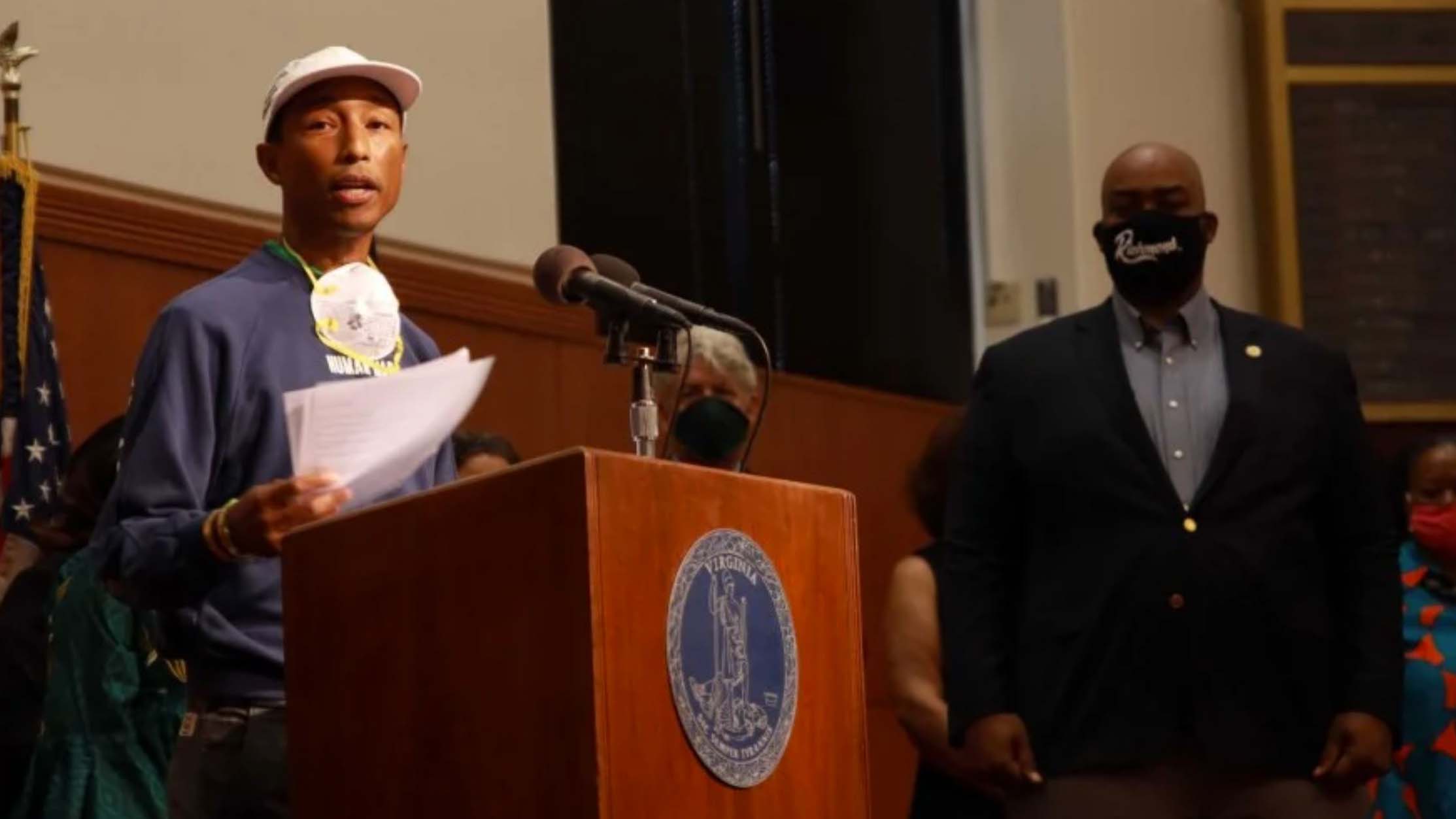 Photo by Crixell Matthews, VPM. Pharrell Williams spoke about his personal connection to the Black Lives Matter movement and Juneteenth.

At a press conference today, Gov. Ralph Northam announced that Virginia would not be moving into a phase three reopening this week, citing surges in other parts of the country and a need to gather more data on the spread of coronavirus.

Northam also addressed continuing protests in Richmond. “I am committed to addressing use of force protocols across the board,” he said.

Although the governor has deployed the state police to Richmond, Northam said, “It is important that we hear these voices and listen to what they're saying,” about the protesters.

The governor announced that he was introducing legislation to recognize Juneteenth, the oldest holiday celebrating the end of slavery in the United States. Northam says that while the state has acknowledged Juneteenth in the past, “That’s nice, but we need to do more.”

Dr. Lauranett Lee, director of the University of Richmond’s Institutional History Research Team, spoke about the importance of Juneteenth, highlighting the local history of slavery in places like Shockoe Bottom: “This is the time for us to pull together. Learn who we have been, who we are, and who we can be. This is our time. Got to make this work.”

Pharrell Williams, a musician and producer from Virginia Beach, spoke about his personal connection to the Black Lives Matter movement: “Black lives matter in the eyes of the commonwealth. I can't say that it always has, but finally we recognize that black lives absolutely matter.”

Williams also spoke in favor of the celebration of Juneteenth. “Our country excels at celebrating Independence Day,” Williams said. “But it’s not perfect. Juneteenth deserves the same level of recognition and celebration. July 4th, 1776 - not everybody was free… so here’s our day, and if you love us it’ll be your day too.”