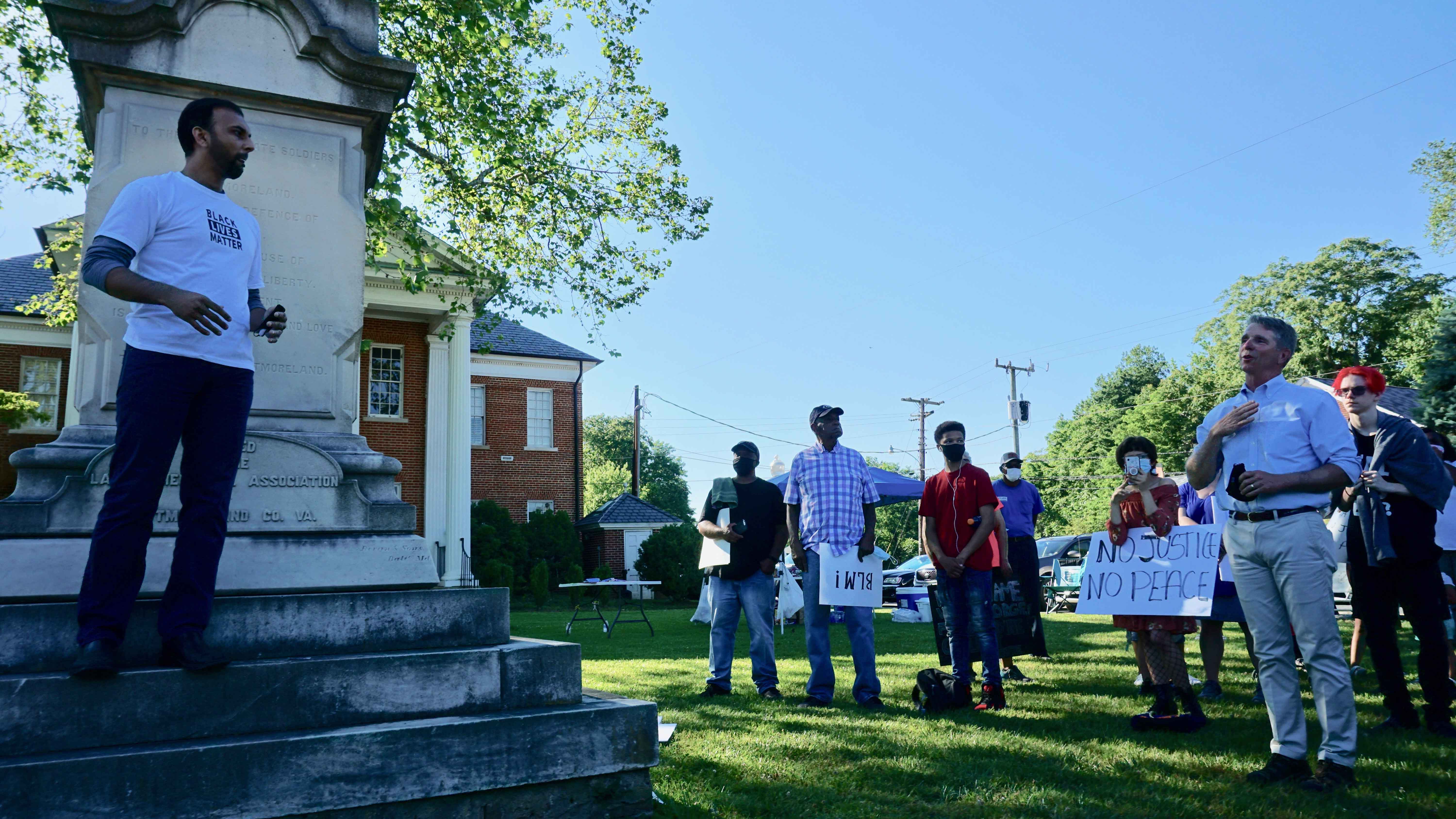 A Republican Congressman Steps Out With Peaceful Protesters

On Monday evening in the tiny, rural town of Montross on the Northern Neck, Republican Congressman Rob Wittman marched with about 100 of his constituents in a peaceful protest of racism and honoring George Floyd.

The march which began around 5 p.m. at the local high school was quiet, except for drivers honking their support. People held signs saying “Enough is Enough” and “Black Lives Matter.” Near the front was First District Congressman Rob Wittman. Also attending was Qasim Rashid. He's a human rights lawyer, who wants to win the district's Democratic primary June 23rd, then run against Wittman.

The march ended at the old Westmoreland County Courthouse green where a towering obelisk-shaped monument to confederate soldiers became a stage for speakers. At the end of his speech from the ledge on the monument, Rashid turned to the congressman and acknowledged their differing politics. "But one thing I think we can agree upon are human rights issues," Rashid said. "And so, today, I ask Congressman Wittman with all due respect, stand with us and affirm black lives matter, stand with us and affirm the reality of police brutality.

Wittman did say "black lives matter," but not everyone could hear. Rashid then asked the congressman to join him on the monument and say it again in front of the crowd. Wittman declined. "I'll give my remarks and then we can talk afterwards," Wittman said.

As he spoke, Wittman was interrupted by a marcher. The person shouted "do black lives matter?"

Then another marcher joined in. "Are you going to support the police reform bill that was put on the (House) floor today?"

As the gathering began to break up Wittman and Rashid were having a quiet discussion just near the monument. And in a scene reminiscent of historic town square meetings, constituents waited nearby to engage their congressman.