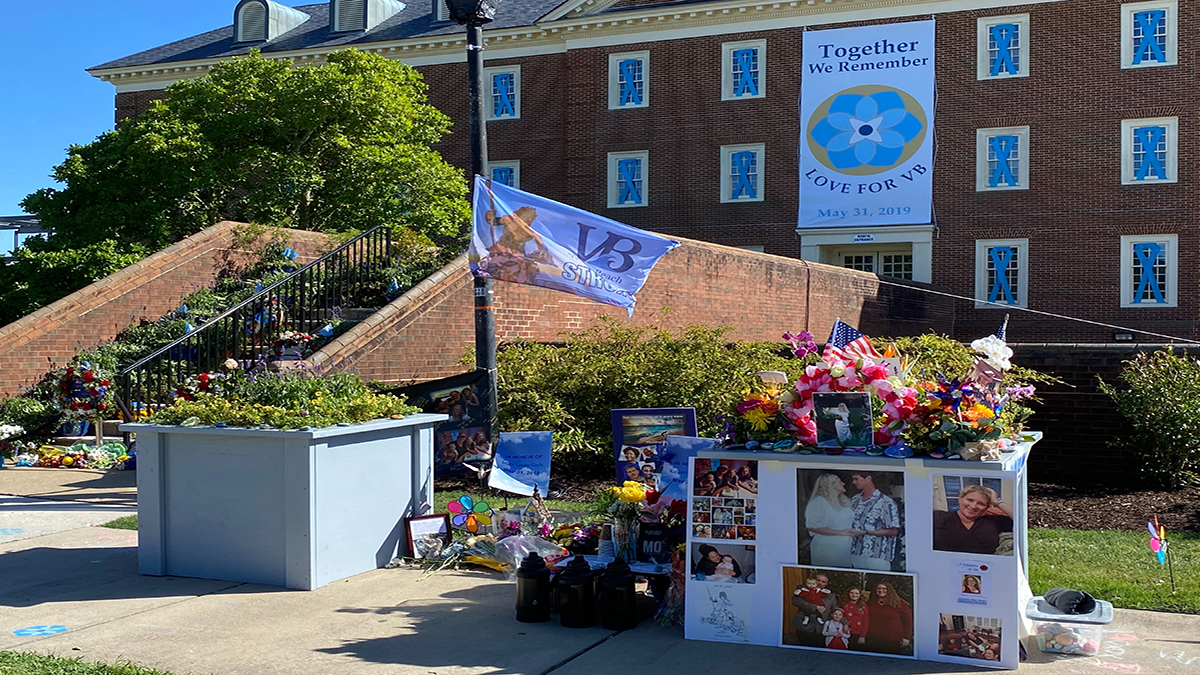 Scenes From The First Anniversary Of The Virginia Beach Shooting

Sunday marked one year since the mass shooting in Virginia Beach killed 12 people, injured four and a police officer.

Because of the COVID-19 outbreak, the city moved anniversary events online or encouraged individual activities.

At Building 2 of the Municipal Center, the city created wreaths. On the day of the anniversary, people paid their respects by leaving more flowers and mementos. 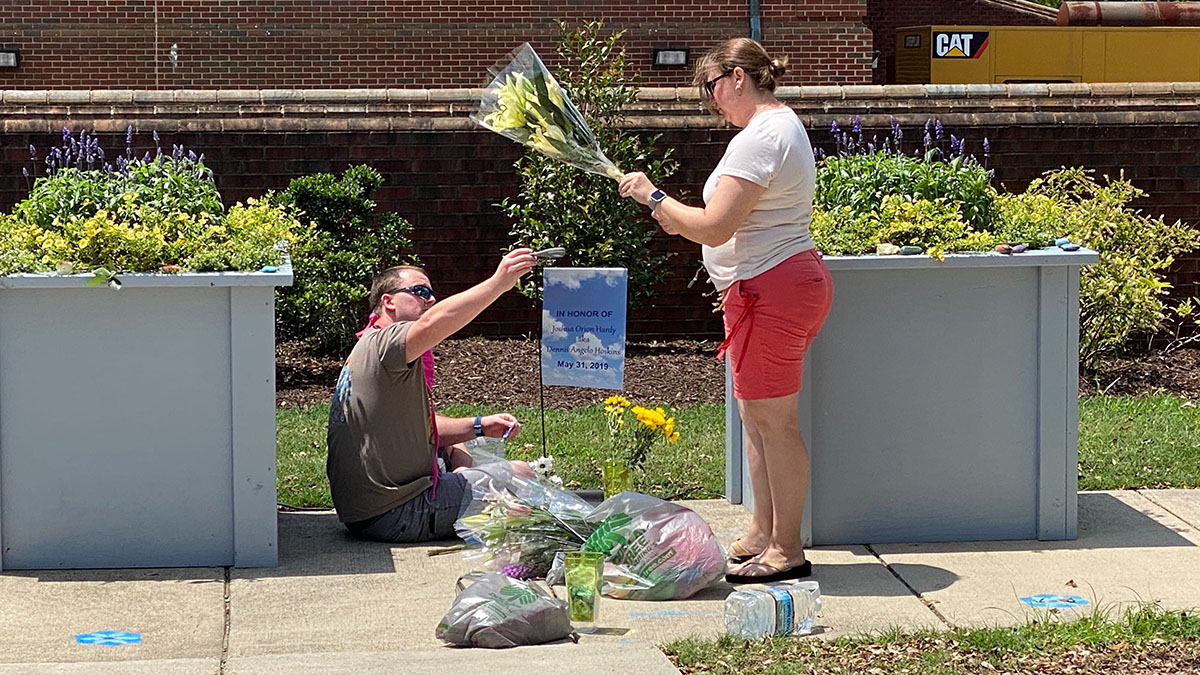 Keith Havron (left) and a colleague who declined to give her name worked in Building 2 at the time of the shooting. They put rainbow spinners in front of each memorial. They also had fresh flowers for the memorials of their former co-employees.