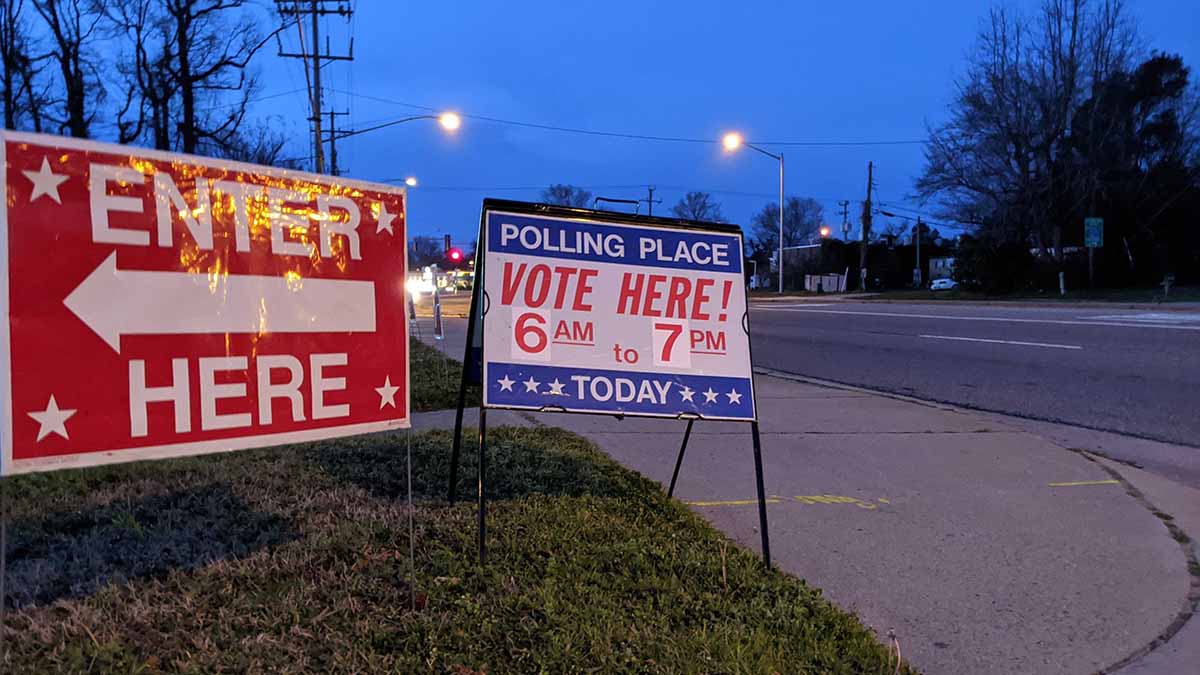 Photo by Rebecca Feldhaus Adams. The State Board of Elections usually certifies election results sooner, but had to wait because of a delay in the Richmond registrar's office. It meant statewide races couldn't be certified.

Here Are The Winners Of Elections In Hampton Roads

Certification typically happens about a week after Election Day. This year was delayed because of a COVID-19 outbreak at the Richmond registrar office, so the Board of Elections couldn’t certify statewide races.

Results come from the Department of Elections, unless otherwise noted.

The seven cities in Hampton Roads all voted for Biden. Surrounding counties - with the exception of James City County- largely voted for current President Donald Trump.

Reps. Elaine Luria, Donald McEachin, Bobby Scott and Rob Wittman kept their seats in the U.S. House of Representatives. Each one represents a part of Tidewater.

Voters also elected Mark Whitaker, who was on City Council 2015 to 2018. He left office when he was charged and convicted for three felony counts of forgery. Gov. Ralph Northam restored his rights last year, clearing the way for his candidacy.

Ingrid Whitaker, Mark Whitaker's wife, was one of five candidates elected to Portsmouth’s school board. She wasn't involved in his forgery conviction.

The city’s casino referendum passed with 66% of the vote, clearing the path for an entertainment complex with a casino, conference center and hotel on Victory Boulevard.

Incumbents Lue Ward and Roger Fawcett kept seats on City Council. LeOtis Williams, a local businessman known for giving out turkeys during the holidays, also got a seat on Council.

Like Portsmouth, more than 60% of Norfolk voters approved a casino referendum. It will allow the Pamunkey Indian Tribe to develop and build a waterfront entertainment center with a casino.

According to the Accomack County registrar’s office, Dale Lawrence won the last seat as a write-in.

In Bloxom, Thomas Beasley won the mayorship by write-in. No one filed to run.

Three town council representatives won by write-in there, according to the county registrar: James Bagwell, Mary Jimenez and Peter Bourbeau. Other winners were Louella Fox, Samuel Bloxom and Christopher Kreisl.

Parksley held a special election to fill the town council seat of now-Mayor Frank Russell, who won that seat in May.

Incumbent Kathy Torrence will keep her seat as Isle of Wight County’s Clerk of Court.

Walter Bernacki will represent the Windsor district on the county Board of Supervisors.

Hank Fuller will be part of the Boykins Town Council.

Running on a platform to improve conditions at the two state prisons in the county, Vincent Robertson won the Commonwealth’s Attorney race.