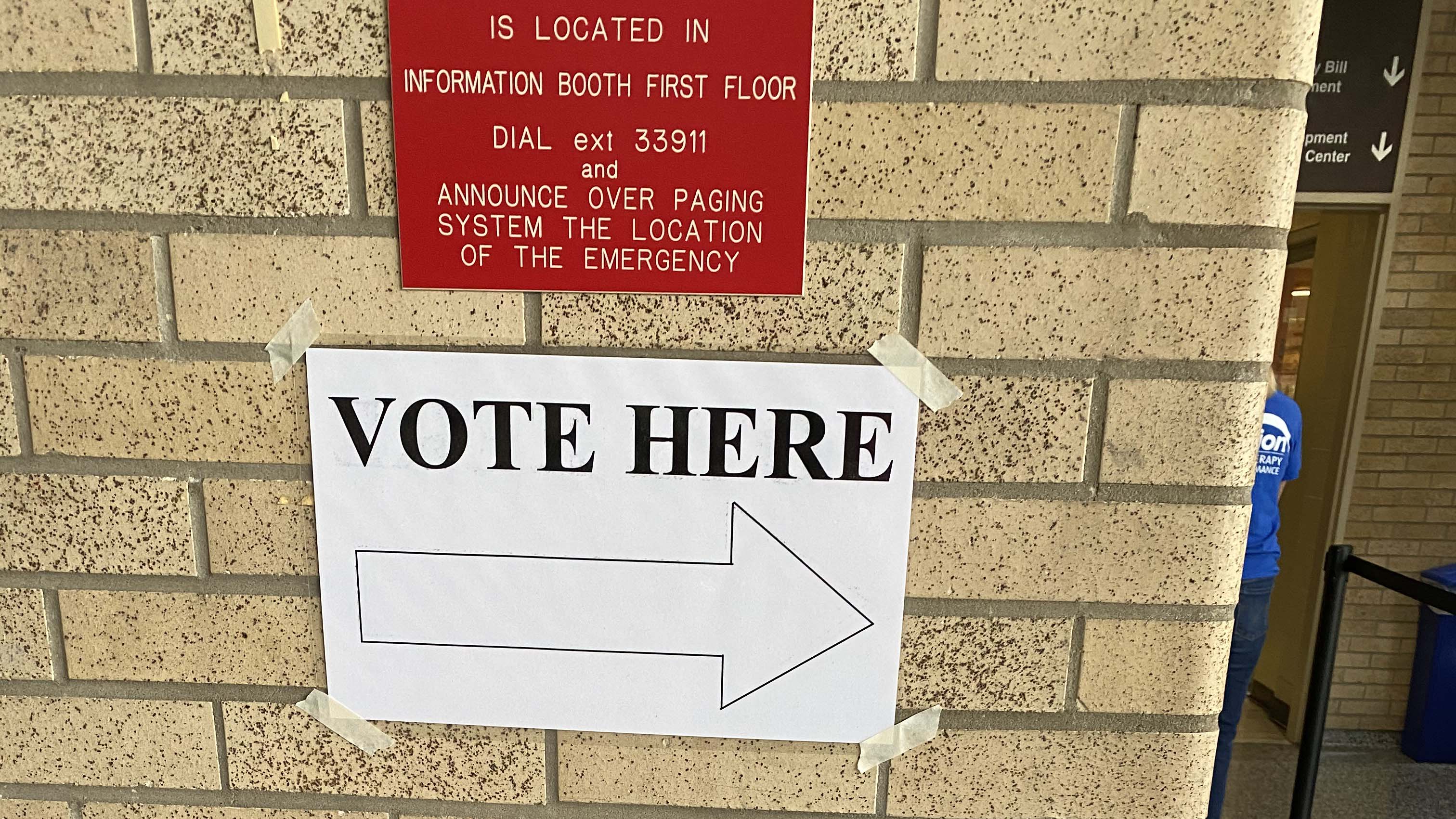 Photo by Barry Graham. Some local races were called overnight, but results won't be official until every vote is counted.

Results For Some Local Races Come In Overnight

This story will be updated.

Virginia Beach Mayor Bobby Dyer will likely keep his seat. There is one uncounted precinct in the city, and he has 51% of the vote tally.

Sixty-seven percent of voters there also approved a casino referendum, making way for a casino and entertainment development.

Results for all elections are unofficial until certified by the local electoral board. Suffolk and Portsmouth were among the localities that were able to count and report all their ballots by the end of election night.

Across the Elizabeth River in Norfolk, a similar referendum appears on track to pass. The city is still waiting on two precinct reports that are unlikely to change the 19,000 vote-lead the pro-casino vote has.

The Pamunkey Indian Tribe – which wants to develop the Norfolk casino – declared it a victory around 9:30 on election night.

"With approximately 95% of the in-person votes counted, the Norfolk Resort & Casino is on track to win by an approximate 2:1 margin," a press release said.

On a statewide level, two constitutional amendments are also considered passed this morning.

The approval of a redistricting commission has a 1.1 million tally lead over votes against it. Listen what it means below.

A proposal to grant certain tax exemptions for disabled veterans also has 3.2 million votes for it and about 500,000 against it.

Results have not come in from Petersburg or Norton. The two cities combined have a total population of about 36,000 people.

Some of these races have already been called because there aren’t enough uncounted votes to change the current reports.

Those uncounted votes will still be counted, whether they change a race or not.