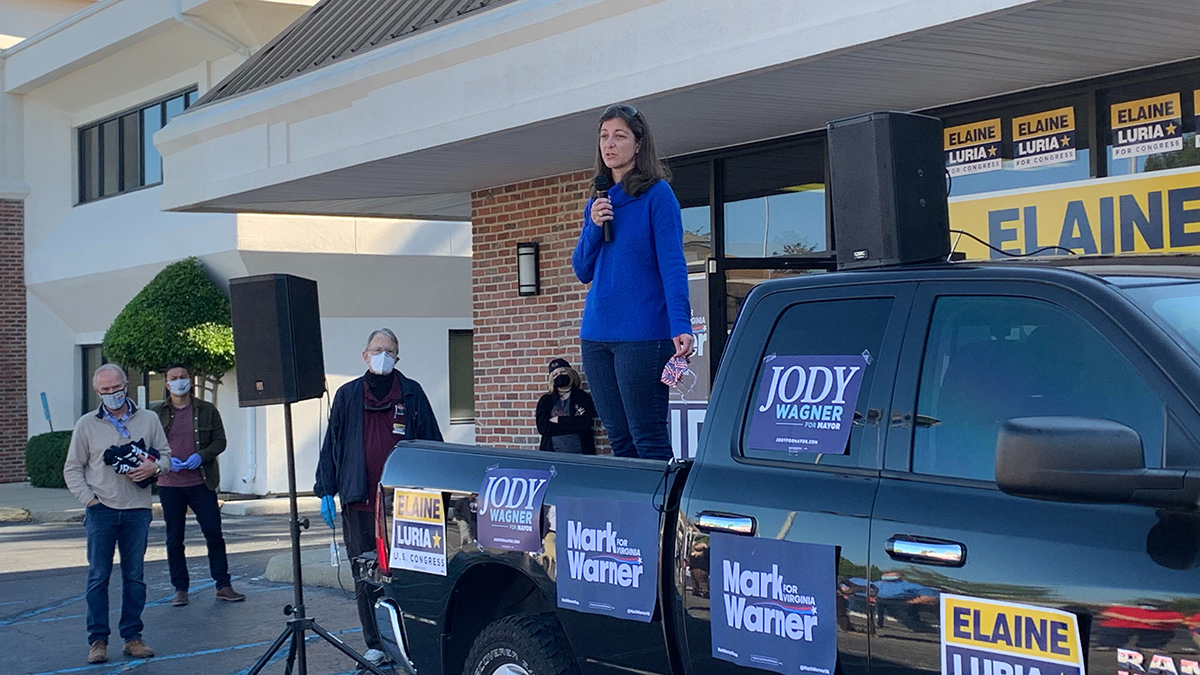 Democratic Rep. Elaine Luria came from behind to win a contentious Southeast Virginia congressional race Wednesday, fending off a bid from Republican Scott Taylor to take back his old house seat in the historically conservative-leaning district.

Luria trailed Taylor by double digit points throughout Tuesday night thanks to his lead among votes cast on Election Day. She overtook him early Wednesday morning once absentee and early votes were counted.

The Associated Press called the race at around 11:15 a.m. Wednesday.

The race was an acrimonious rematch of the 2018 election when Luria stole the seat from Taylor — the incumbent congressman at the time.

This year’s contest gained national attention as Republicans sought to cut into Democrats’ House majority. It involved many attack ads, debates during which both candidates disagreed on nearly everything and accusations of “defamatory language” and smear tactics.

Both candidates were deadlocked in polls throughout much of the race. But as early voting began and Election Day neared, Luria opened up a slight lead and took advantage of an election fraud scandal that has dogged Taylor since 2018.

In a statement after the win, Luria — a retired Navy commander — thanked voters for their support and said she'd try to work with all sides throughout her next two years in Congress.

“Now, more than ever, the challenges we face as a nation call for bipartisan solutions and cooperation across the political spectrum,” she said.

Taylor conceded shortly after the race was called. In a post on Twitter, he congratulated Luria and reflected on political divisions that were highlighted during the race.

“People may not like politicians, or even politics, but that is the medium through which we control our destiny. I am truly appreciative of the honor to have served you as a U.S. Navy SEAL, Virginia Delegate and U.S. Congresswoman,” he wrote.

The outcome marks the first time Democrats will control the House district for more than two years since Owen Picket represented the district from 1987 to 2001. Republicans held the seat for all but two years between 2001 and 2019.

Taylor’s loss is a major blow to his return to politics. Although he kept the race competitive, the Republican faced tough odds.

Some experts viewed him as a damaged candidate due to the election fraud case. Multiple former staffers from his 2018 campaign have been charged with forging signatures to get a third party on the ballot two years ago.

When Taylor was asked about the scheme during the race, he claimed he didn’t know about it. He also repeatedly and inaccurately said he wasn’t under investigation by the special prosecutor overseeing the case. During his campaign events, he made little mention of the matter.

Luria focused on the scandal throughout the race. She and Democrats released multiple TV ads, highlighting it and suggesting that Taylor is dishonest. It stuck with voters.

“If I’m the owner of a company and my company does something, it doesn’t matter whether I knew about it. I’m still responsible for it,” said Shay Malone, who voted for Luria Tuesday.

With President Donald Trump on the ballot this year, experts said Taylor also had to strike a tricky balance to win the race: secure Trump’s base of supporters and also appeal to independent centrist voters he lost in 2018.

Taylor tried to achieve the former by praising the president’s policies. He echoed Trump’s “law and order” message and criticized protests across the country in response to police killings of Black people.

And in an effort to win over moderates, he tried to link Luria to the liberal wing of the Democratic Party. He also sought to undermine her commitment to the second district, suggesting she was absent from the region. He often said he did a lot more for Southeast Virginians during his term in Congress than she has.

The tactic helped secure the vote of some people, including John Ickes.

“I’ve never been comfortable with her campaign in the sense that I could never feel that her allegiance was as much to this congressional district as it was to the Democratic Party,” said Ickes, who’s non-party affiliated.

“It's a very imporant time for our country and I'm honored to serve our district and Hampton Roads on your behalf in Washington,” she said.