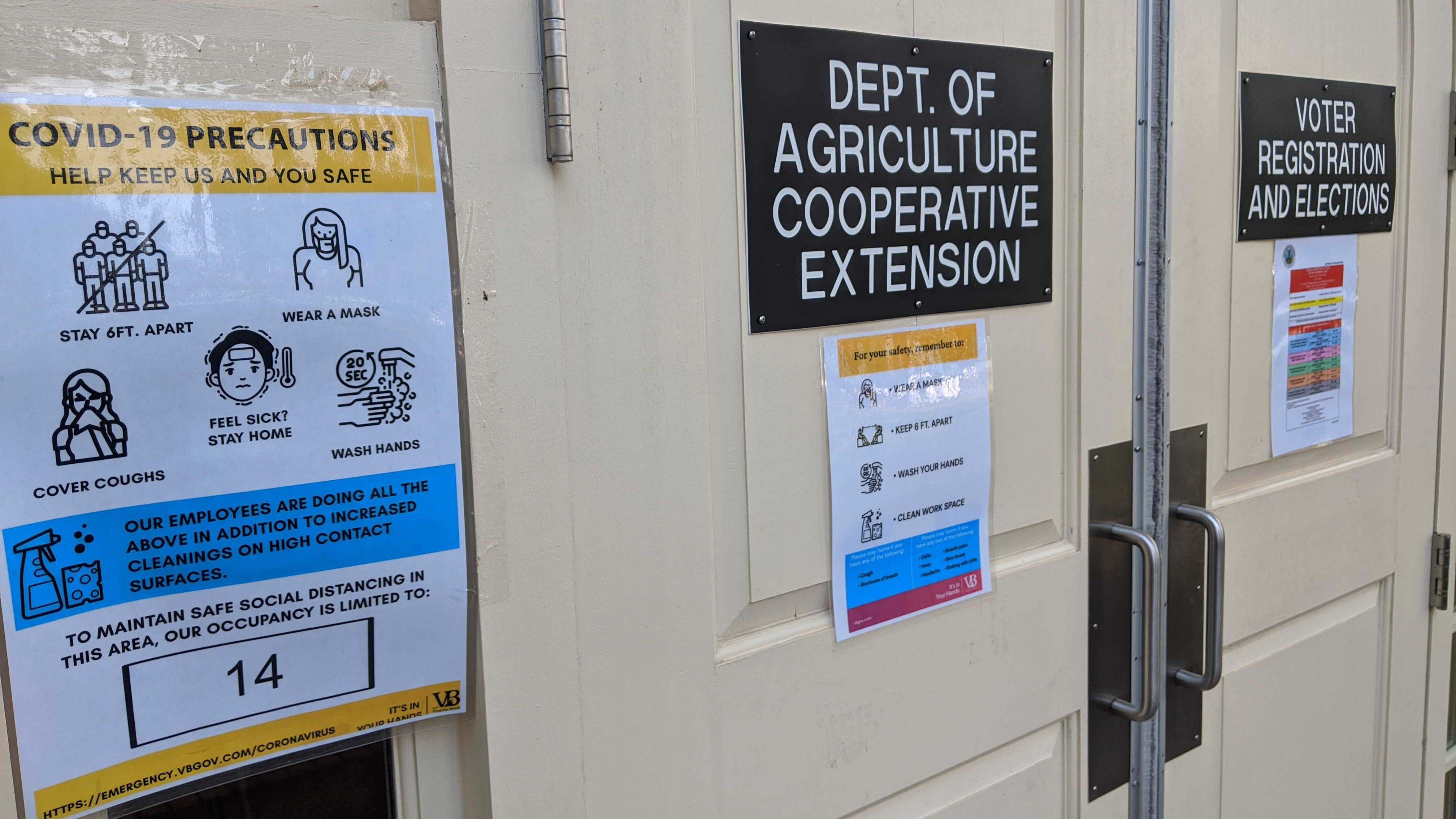 Like so many of her neighbors, Rochelle Zide-Booth says voting is different his year.

For most voters, the pandemic is the biggest change. Zide-Booth now contends with another. Her vision started deteriorating in the spring.

“I haven't had good vision, but I wore glasses and I was able to vote with my glasses before,” she said. “This was a new experience for me.”

Since 2002, federal law has required an accessible voting machine at every polling place for blind and hearing-impaired or deaf voters.

But this year, it’s expected that more people will opt for voting from outside polling places to avoid exposure during a pandemic. That means voters who relied on those machines have to find a new way to cast a vote.

Statewide, more than three times as many people have requested mail-in ballots compared the last presidential election in 2016.

There is no way to know how many Virginian voters are blind or need other accommodations. The Department of Elections, which keeps the voter rolls, doesn’t collect that information.

People who can’t see or have trouble seeing, have options to use machines with headphones that read off ballot options.

She used that to fill out an absentee ballot at home this year.

“The biggest problem I had was the two propositions,” she said, referring to two constitutional amendments on the ballot. “My husband had to read to me. The writing was too small for me.”

In July, shortly after Gov. Ralph Northam said anybody could vote absentee without a reason in the November election, disability advocates sued the state. Groups like the Virginia chapter of the National Federation for the Blind said absentee voting excluded people with disabilities.

That process, which requires marking a paper ballot, discriminated against voters who can't do that, the lawsuit said.

"Instead of voting absentee like other Virginia citizens, these voters must reveal their choices to another person and hope that person correctly records their absentee vote or risk COVID-19 infection by travelling to the polls to vote in person," a press release announcing the lawsuit said.

A federal judge agreed and required the Department of Elections to provide alternate voting mechanisms to every locality. In most cases, that means a remote ballot marking tool, which requires a voter print and mark a ballot at home and return it to the registrar.

Gailmarie Harkins in Virginia Beach usually likes to votes by mail, a process that normally requires a witness. Harkins can see some things that are close to her.

Northam suspended the witness requirement when his administration made in-person absentee voting open to everyone instead of those with a reason.

Harkins was nervous about going to the polls and didn’t feel comfortable finding a witness. So she requested a mail-in ballot and used a magnifying glass at home before mailing her ballot back.

She said she wanted to make sure she voted, even if it was different than other years. Harkins considers it a responsibility.

Zide-Booth said regardless of the confusion, there was “no way” she would have skipped voting.

“Even if I were in the hospital, I would have filled out a ballot,” she said. “We have to do something to get this country back on the right track.”